‘We are already thinking about the celebration’: Barcelona midfielder Ivan Rakitic jokes that he doesn’t bother watching Lionel Messi’s free-kicks as he knows his team-mate will score

Messi scored a hat-trick as Barcelona beat PSV 4-0 and his first goal was a set-piece special.

‘A lot of the time when we get a free-kick we are already thinking about the celebration,’ said Rakitic who admitted Barcelona had made the near-perfect start to their Champions League campaign. 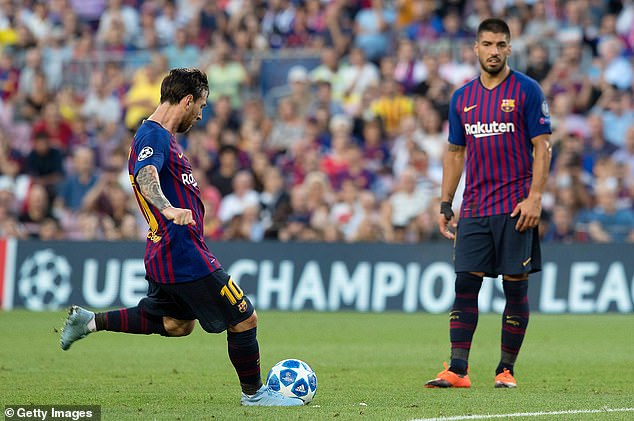 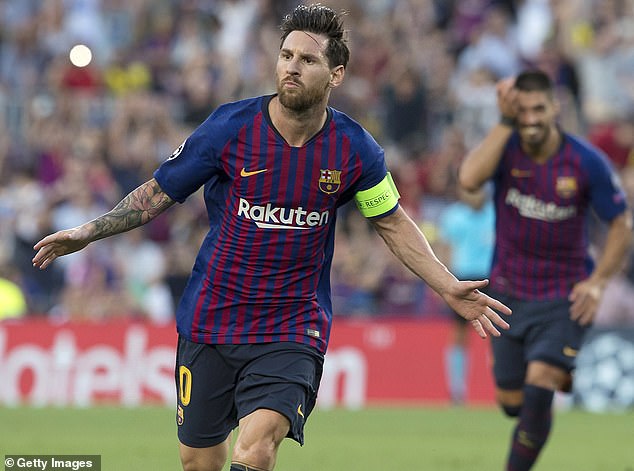 ‘They [PSV] were motivated with it being the first game. It’s not easy because this is the Champions League,’ he said warning that Barcelona are still just going up through the gears. ‘We can still get better. This has only just started. We are still not at 100 percent.’

Asked about the importance of the Champions League to the club this season he referenced Messi’s comments to supporters at the start of the season when he promised the players he would do everything possible to bring the ‘beautiful and much desired’ cup back to Barcleona. 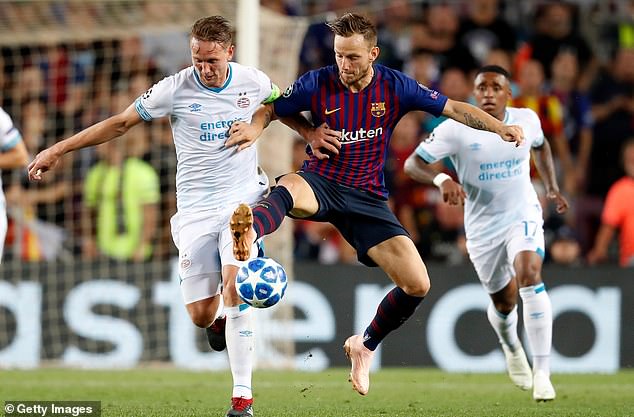 Rakitic said: ‘It is always special and even more so if Leo puts it like that. This could be a year of a lot of trophies.’

Van Bommel added: ‘Leo is the best in the world. But the 4-0 was too much today. We are still developing. But I think no team would be capable of stopping Barcelona today. Leo can put it in the corner before that things were going well.

‘You can lose here there is no shame [in that]. We have the youngest group and we are still on the right road. They are far ahead of us at the moment.’