Ralf Rangnick has told his players that a pressing game is the only way forward for Manchester United, and they must be ready to deliver exactly what he wants.

Rangnick arrived as United’s interim manager with a reputation as the godfather of gegenpressing in Germany, but there has been little evidence of it apart from the first half of his first game against Crystal Palace.

As the 63-year-old prepares for his seventh match in charge, against Aston Villa in the FA Cup tonight, he stressed the importance of the players meeting his demands.

‘This is the only way we can compete at this level,’ said Rangnick.

‘Whenever you watch games, even if it’s not the top teams, they play with intensity, physicality, energy and they sprint.

‘This is what we have to do. We have to develop into this kind of team. 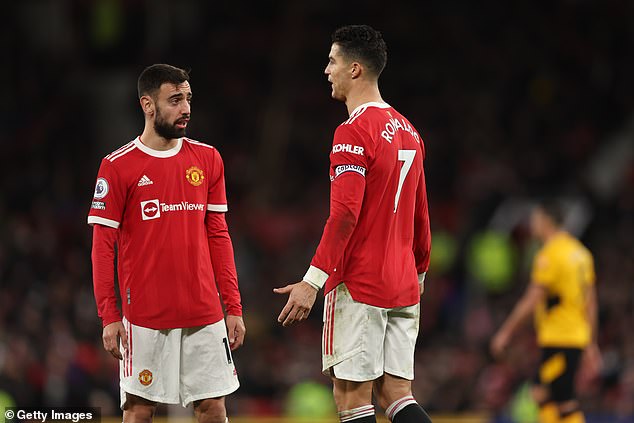 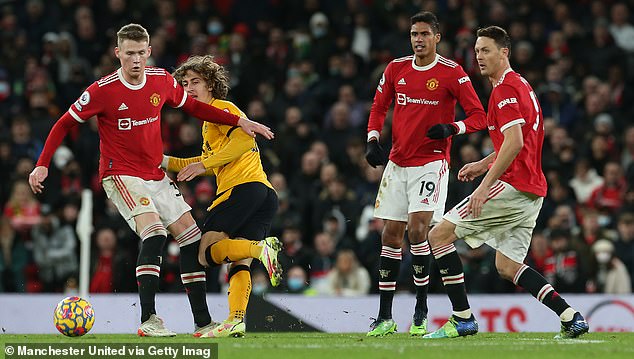 Much as they did under Ole Gunnar Solskjaer, United have lacked intensity under Rangnick

‘As I said after the first game against Crystal Palace, we showed at least in the first half a lot of those things and it’s about implementing this into the team. This is our job.

‘We have to develop the players and identify for each game the players who are willing and able to do that and to deliver exactly what we spoke about.

‘The pressure is on at a club like Manchester United. I’m pretty sure that the players are aware of that. The team is able to dominate games, to win games.’ 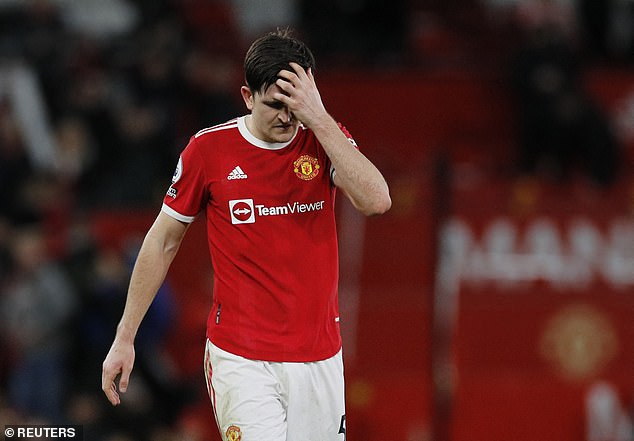 When Rangnick spent a year studying in England and played for non-League Southwick more than 40 years ago, his farewell present from team-mates was a ticket to the 1980 FA Cup final between West Ham and Arsenal.

He added: ‘I’ve always been a big fan, supporter and admirer of the FA Cup.

‘For me, it’s a very important competition. We will definitely try to play with our best possible team.’