‘My stats in the cups are HORRIBLE. I lost so often!’ Ralph Hasenhuttl hoping for a change of fortune that guides Southampton to a Wembley final as he tries to evoke the Saints’ spirit of ’76 against Leicester

Ralph Hasenhuttl admits his cup luck is horrible but hopes this is the year it all changes.

Hasenhuttl won two Austrian Cups as a player though similar fortune has evaded him as a manager.

He has guided Southampton to Sunday’s semi-final against Leicester without conceding a goal and said: ‘I’ve had two promotions, including the title in the second league in Germany, but that’s it so far. 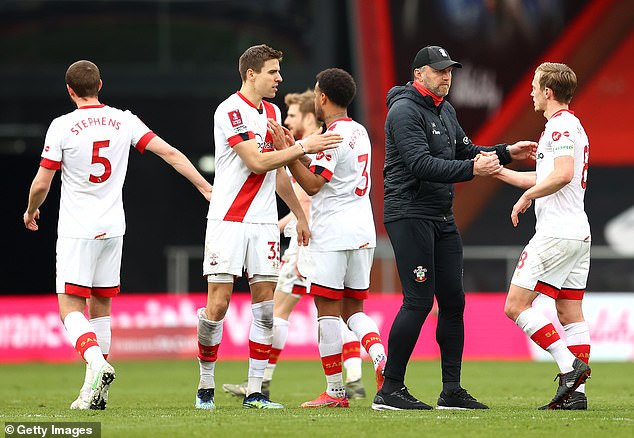 ‘Especially in the cups my stats are horrible. I lost so often in penalty shoot-outs, or there were horrible games where we were 2-0 up and lost it.

‘Maybe this is the year when everything comes together.’

Hasenhuttl has been showing his players motivational videos ahead of their second semi-final in three years.

Though no crash course on the greatest day in Southampton’s history – their 1976 FA Cup against Manchester United – has been required for Hasenhuttl. 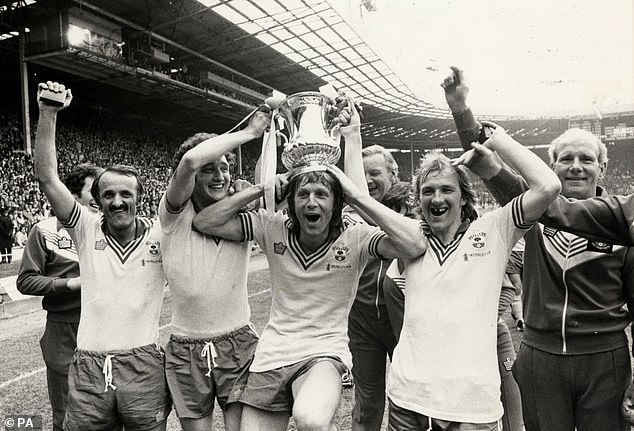 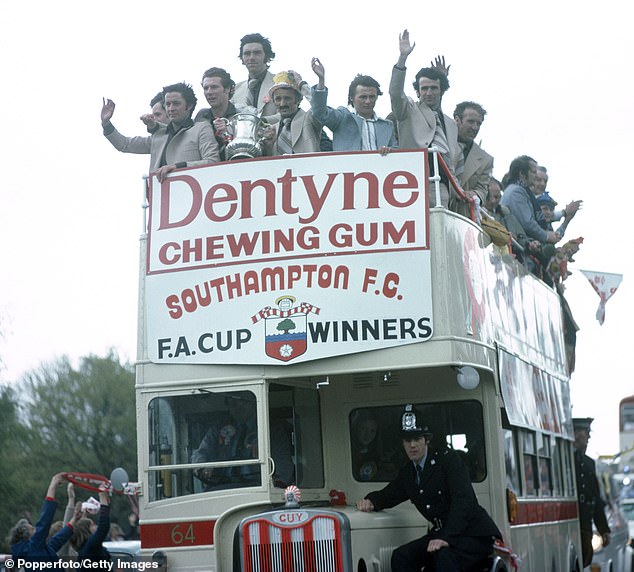 ‘As soon as I was coming I heard everything about it. There are pictures all around.

‘You see pictures on the way to the dressing room where the Queen gives us the trophy.

‘I have seen pictures where they were celebrating in the city. It [winning the FA Cup] would be a big success for us. Also getting to the final first. This is the goal for the weekend.’

Hasenhuttl admits it took him time to accept that sustained league success like at his previous clubs was not easy to replicate at Southampton. 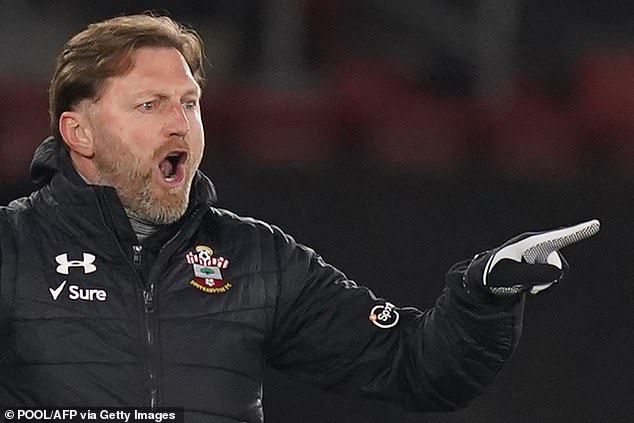 The job comes with high and lows, such as their historic 9-0 league defeat against Leicester last season.

‘We are part of this. It is not normal for us to be there. We have to run more, to fight more, to work more for our wins than other teams do.

‘If we do this then it tastes sweeter, I think, and even more enjoyable.’