Ramon Rodriguez warns Roma to be wary of Atletico Madrid

The Italians could eliminate Atletico from the Champions League on Wednesday with a victory at the Wanda Metropolitano.

However Monchi, who was previously at Sevilla, is convinced Atletico are undergoing only a temporary blip.

‘Whoever thinks a Cholo (Simeone) team is dead, does not know him or Atletico,’ Monchi told Spanish newspaper AS.

‘They have suffered a dip, but I am convinced they will be born again. The demand is huge at this level, the margin for error small and any moment of doubt seems bigger than it is.’

Atletico, who have only three points from four Champions League games, must beat Roma at home and Chelsea away while hoping one of the two slip up against Qarabag, if they are to progress from Group C.

Los Rojiblancos are struggling in La Liga too after their goalless stalemate with Real Madrid on Saturday saw Barcelona extend the gap at the top of the league.

Their star striker Antoine Griezmann is also being linked with a move away from the club as Fernando Torres could lead the line when they face the Italian side midweek. 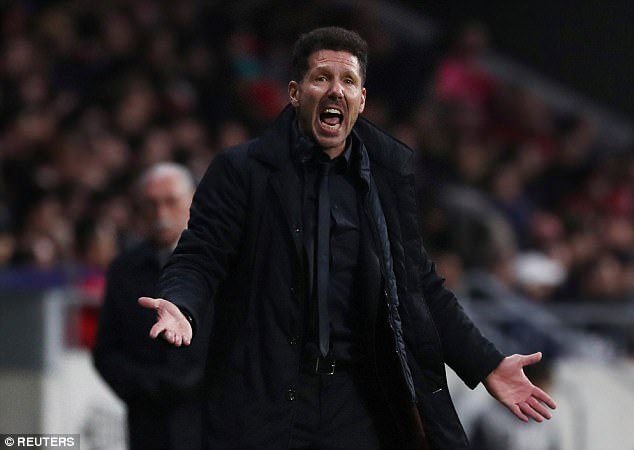