When Real Madrid take on Juventus in the first leg of the Champions League quarter-finals this week, Sergio Ramos will be hope to keep the likes of Gonzalo Higuain and Paulo Dybala quiet.

But scoring at the other end is never far from the Spanish defender’s mind, as he showed in training ahead of the clash in Turin.

Ramos has scored an incredible 75 goals in his illustrious career and on Monday he showed the skill that has made him so effective going forward – as well as at the back. 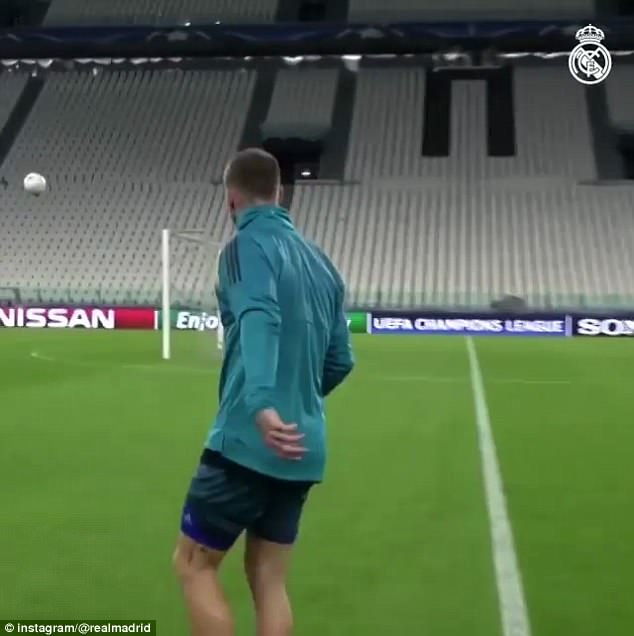 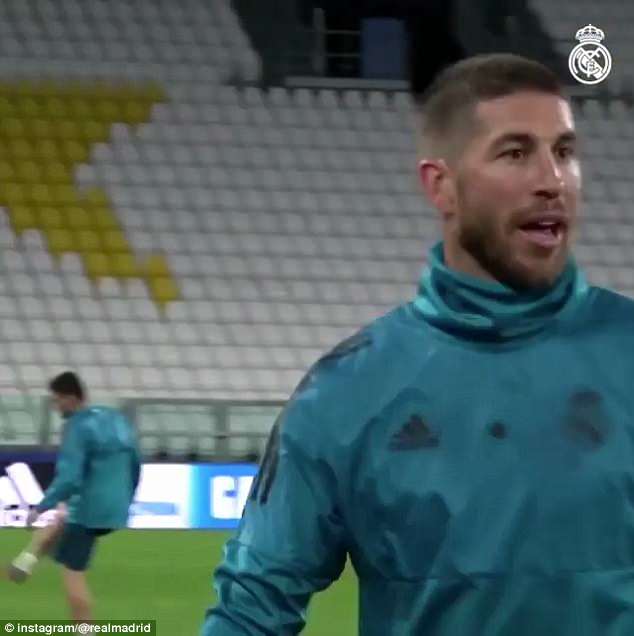 During Madrid’s training session at Juventus Stadium, the defender scored an incredible outside-of-the-foot goal – from behind the net.

Starting around 10 yards behind the goal, the Spain international curled the ball into the bottom corner.

On Tuesday, he will be tasked with preventing Higuain from scoring against his former side and ahead of the game, the forward’s father has blamed Madrid chief Florentino Perez for his son’s departure from the Bernabeu. 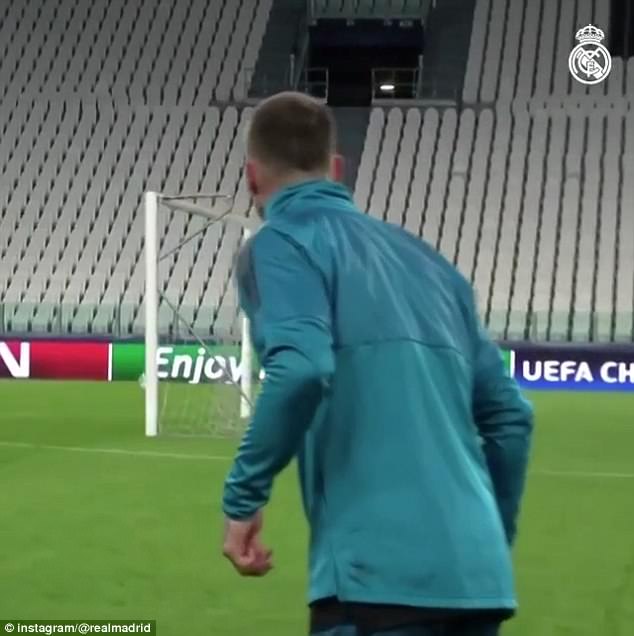 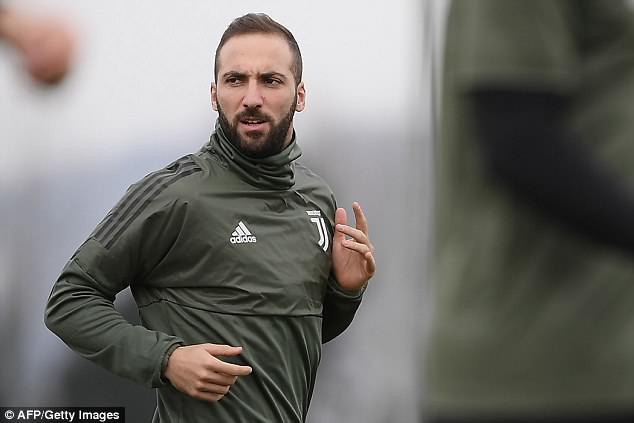 ‘It hurt me the way he left Madrid,’ Jorge Higuain told Cadena SER. ‘It’s something that the president at the time did. He (Perez) probably didn’t like him.

‘I think they could have done a lot more things with (Karim) Benzema, Cristiano (Ronaldo) and Gonzalo together.

‘When they formed that trio in Madrid, they were some of the best goal-scorers. Gonzalo could have stayed longer at Real Madrid.’