Rangers fan, 29, is arrested for knocking out Lightning fan cold

A New York Rangers fan has been arrested after sucker-punching a Tampa Bay Lightning supporter after Thursday’s game at Madison Square Garden.

James Anastasio, 29, was identified by authorities as the man seen in a viral video launching an unprovoked attack against a Lightning fan after Thursday’s playoff game, which New York lost.

Anastasio, a resident of Staten Island, is charged with assault, disorderly conduct, and harassment, according to NYPD sources. He is now banned from the Garden, home to both the Rangers and the NBA’s New York Knicks, for life.

The unidentified victim suffered pain and bruising, according to the New York Post. Anastasio is set to be arraigned on Friday night.

Anastasio’s attorney Jason Goldman told DailyMail.com in a statement: ‘We are in the very beginning stages of gathering and learning all the facts.’

‘For now, we want to assure James is released back to his family in a timely manner, then will turn our attention to defending him in Court,’ he added.

Shocking video of the incident, viewed more than 2.8 million times on Twitter, shows the disgruntled Rangers fan whirling around and punching a supporter of the opposing team as spectators exit the Garden. 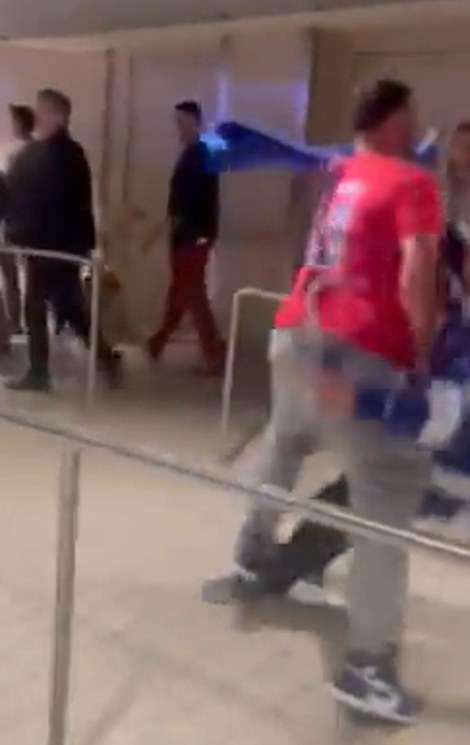 James Anastasio, 29, was identified by authorities as the man (left in red shirt) seen in a viral video launching an unprovoked attack against a Lightning fan after Thursday’s playoff game 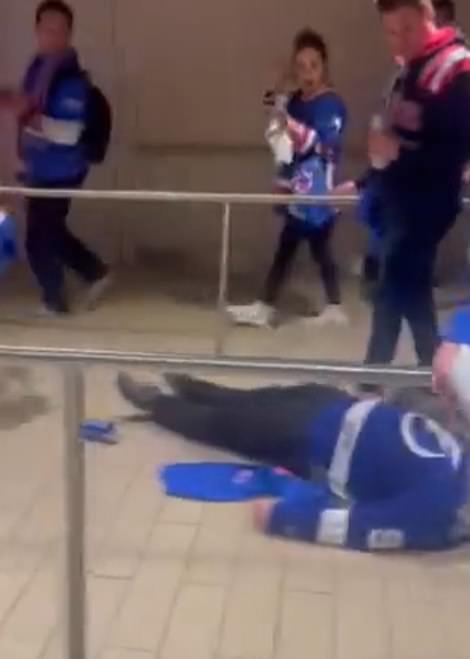 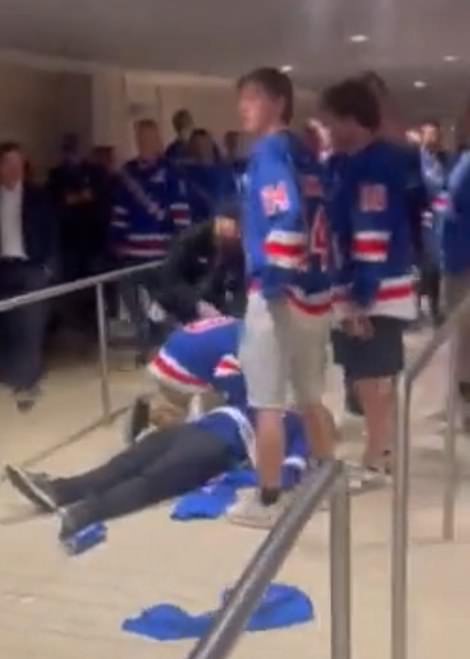 It’s unclear from the video whether the pair exchanged words before the attack.

Police said that Anastasio tried to run away from the scene, but was detained by a 37-year-old witness, who was also punched in the face, according to New York Daily News.

Cops responded and placed Anastasio under arrest. The Lightning fan refused medical attention at the scene.

Management at the Garden issued a statement on Friday saying that the ‘assailant’ would be banned from the venue for life, without naming Anastasio.

‘Last night, an abhorrent assault took place against a Tampa Bay fan at the conclusion of the game — followed by a second assault against an individual who bravely intervened,’ the statement said.

‘All guests — no matter what team they support — should feel safe and respected in The Garden,’ the venue added.

The Garden management said that the assaulted fan had been provided with medical care and would get ongoing support from its guest services team. 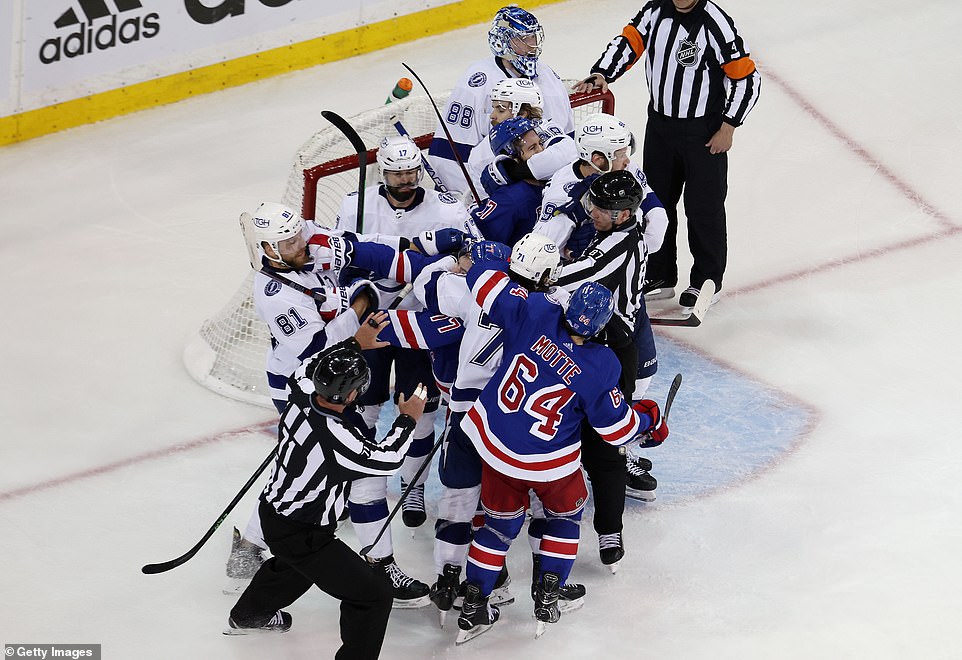 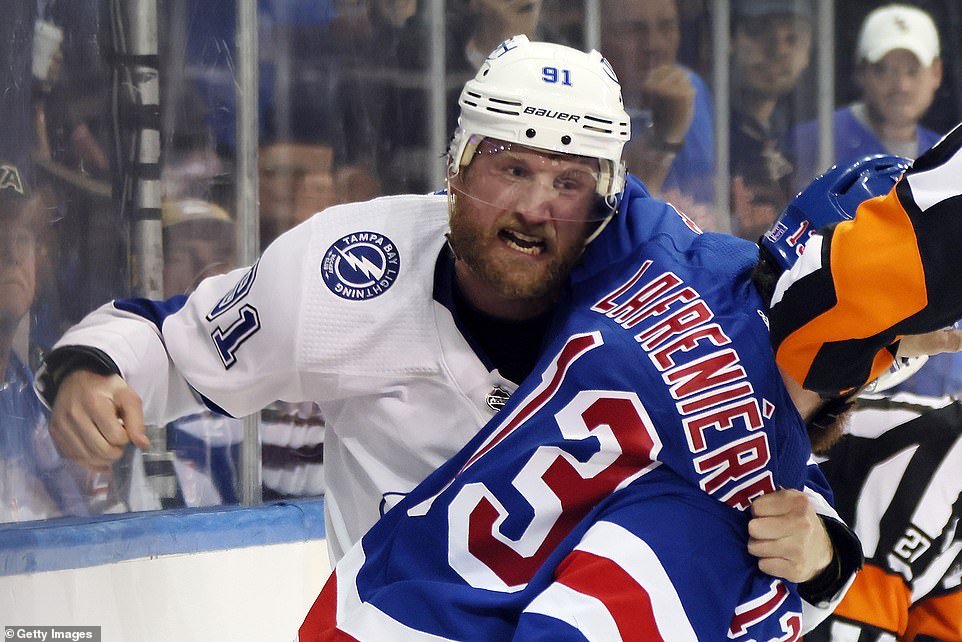 Thursday’s game was Game 5 of the NHL Eastern Conference finals, and the Lightning beat the Rangers 3-1.

Ondrej Palat’s tip-in snapped a tie with 1:50 remaining in regulation after a New York turnover.

Tampa Bay leads the best-of-seven series three games to two and can secure its third straight trip to the Stanley Cup final on Saturday night, if they win a home game against the Rangers.

The Lightning are 6-1 at home in the postseason while the Rangers head into their sixth elimination game with a 2-7 road mark in the playoffs.

Tensions were obviously running high on the ice at Thursday’s game, which erupted into a brawl between players after the final horn. 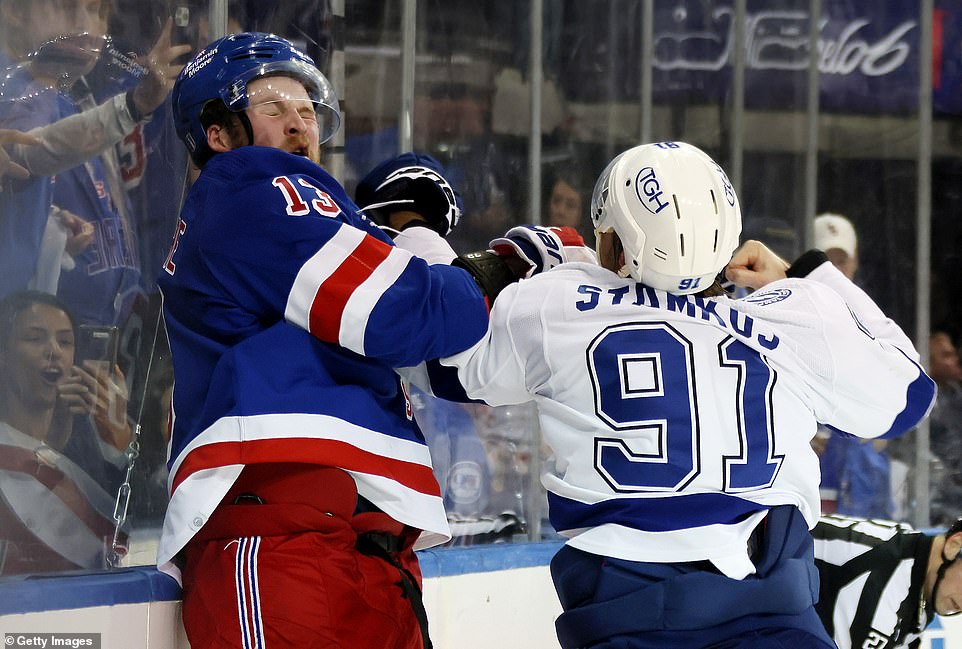 Lafreniere (left) got in some good shots, but probably took a few more from Stamkos (right)

Coming off a third consecutive loss and now facing elimination in Saturday’s Game 6, Fox took exception and retaliated by slashing the Russian-born winger.

Kucherov was naturally displeased and within a moment, several melees broke out simultaneously around the ice.

The incident at the Garden comes as New York City crime remains high. Overall crime is up almost 40 percent in 2022 compared to the same period last year.

Every violent crime, except murder and shootings are up in the Big Apple with felony assault up 19 percent, burglary up 32 percent, and robbery up 39 percent. 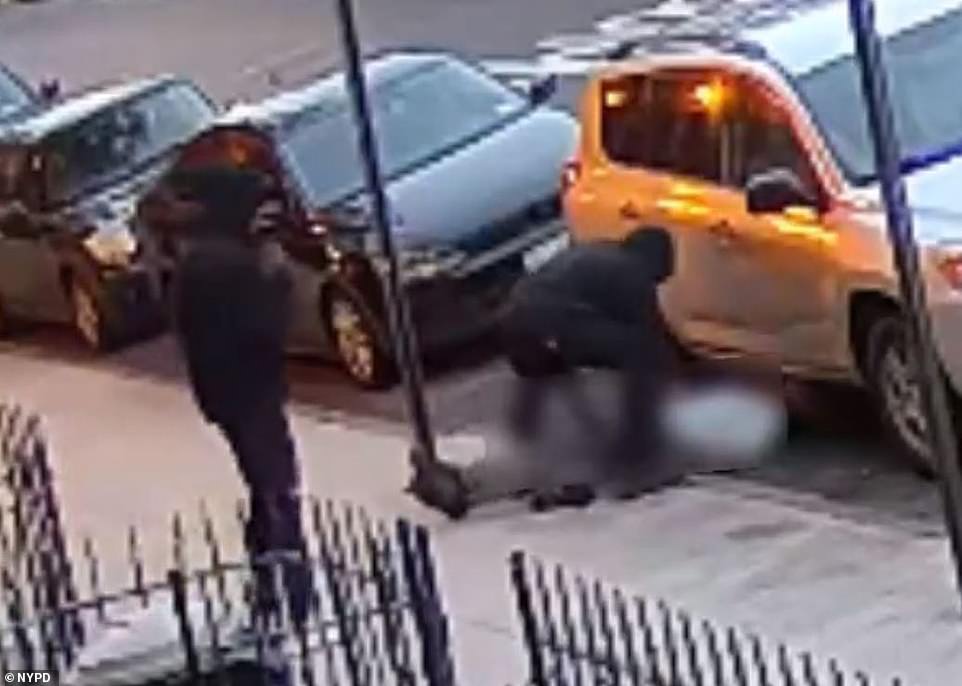 Random attacks in New York City are also on the rise. On May 25, a 61-year-old Brooklyn man was killed when he was sucker punched by an attacker as he walked home

Random attacks in New York City are also on the rise. On May 25, a 61-year-old Brooklyn man was killed when he was sucker punched by an attacker as he walked home.

In a video of the attack released by the NYPD, Victor Vega is seen walking alongside two men before the attack. After being senselessly punched, he is seen falling on his back.

One of the two attackers, who are still on the run, is seen rifling through Vega’s pockets, removing something f and then passing it to his accomplice.

The pair are then seen casually walking away as Vega lies lifeless in the street.

Police have ruled his death a homicide and continue to search for the two suspects. 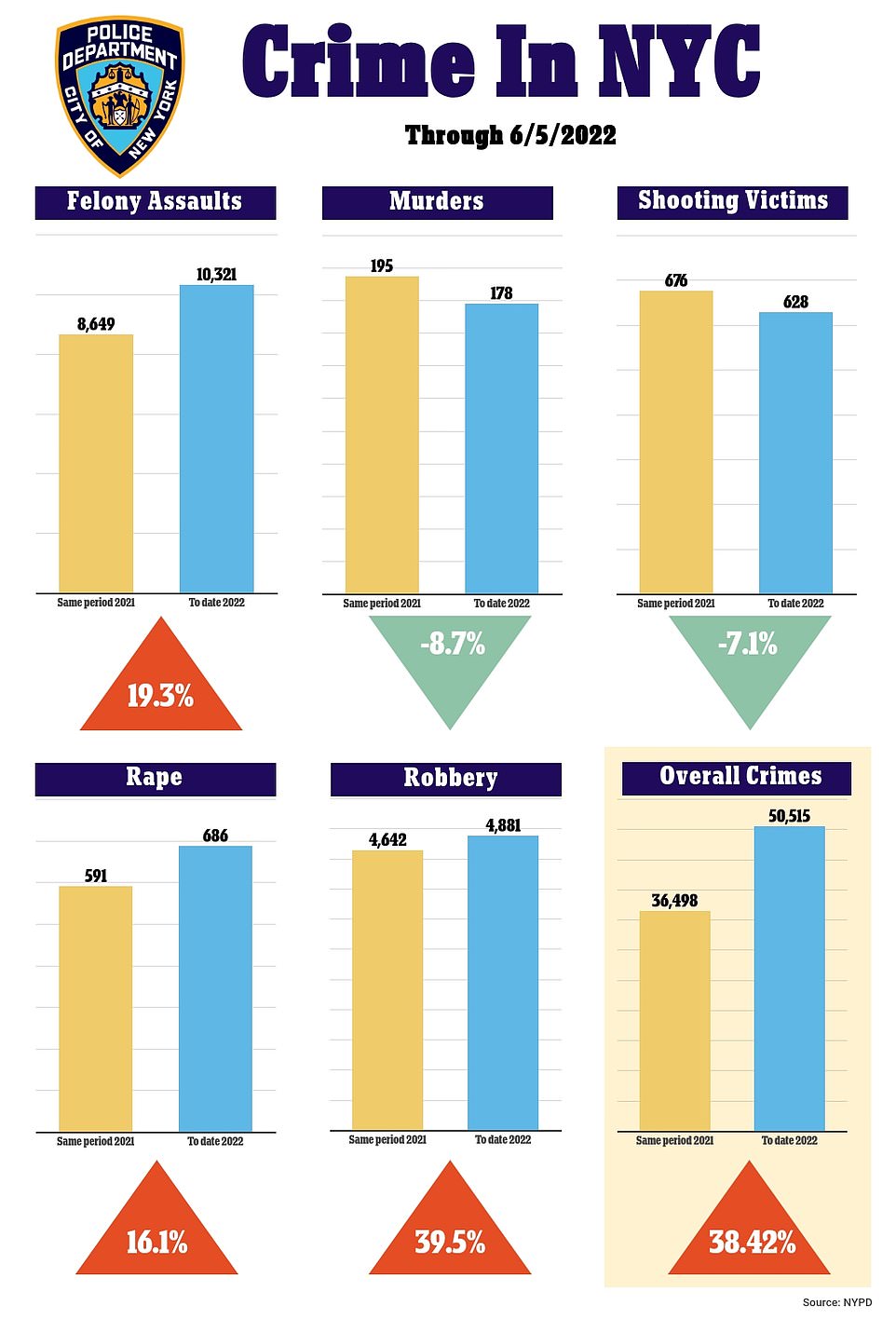 Every violent crime, except murder, is also up in the Big Apple with felony assault, burglary, and robbery up significantly at 19, 32, and 39 percent, respectively.