Rangers goalkeeping icon Andy Goram has revealed the devastating news that he has been given ‘around four to six weeks’ to live amid his ongoing battle with cancer.

The 58-year-old announced he had been diagnosed with oesophageal cancer at the end of last month and that he had been given a prognosis of six months to live, admitting he had turned down chemotherapy because it would only extend his life by three months.

Goram has now confirmed that he has ‘taken a turn’ after his condition was leaked online, and said that his cancer had spread to his lymph nodes.

‘It’s now thought I have four to six weeks,’ he told the Daily Record.

‘It was a private message I sent someone who shared it and it ended up online. It’s disappointing that someone would do that.’

‘The cancer has spread a lot quicker than everyone thought. I felt really ill and was in a lot of pain on Tuesday and needed an ambulance to take me back to hospital.

‘The tests confirmed the cancer was now in my lymph nodes and spreading fast.’ 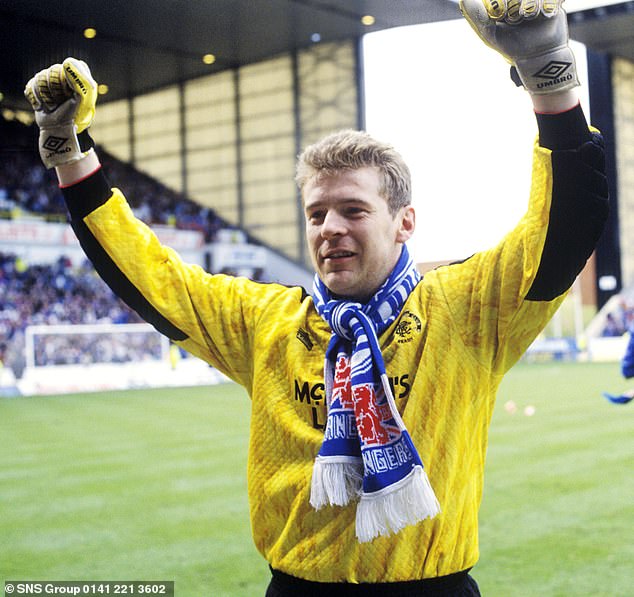 After initially rejecting the chance to have chemo, Goram has now had a change of heart on seeking treatment and will now have radiotherapy to give him more precious time with his loved ones – saying it was important to him to be with his grandchildren and son.

‘My specialist recommended radiotherapy, he added. ‘I decided to take his professional advice. I’ve said from the start I’ll fight on until D-Day.

‘If this radiotherapy on Tuesday and my follow-up treatment prolongs my life I’ll be able to see more of my family, friends and ex-teammates.

‘It’ll give me the chance to spend more time with my two grandchildren. That’s my target.’

On the support he had received on social media, he added: It’s all been very overwhelming but the people around me, everyone, my son Danny, have been great.’ 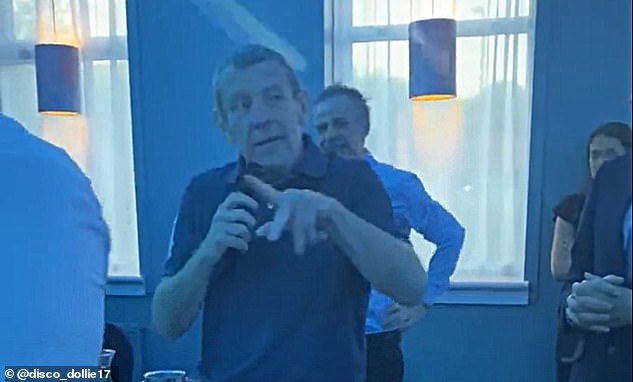 The 58-year-old, pictured speaking at an event recently, initially thought he had bad indigestion after experiencing heart burn but was diagnosed with terminal cancer

The former goalkeeper played 184 times for Rangers, winning five league titles and three Scottish cups. He was a favourite of Sir Alex Ferguson, who gave the keeper his first of 43 Scotland caps in 1985 and signed him on loan at Manchester United in 2000.

Speaking last month, he said he initially mistook his condition for indigestion.

He said: ‘I thought I had severe indigestion. It was as though my gullet was blocked. After a few weeks, it got worse and nothing was getting through.

‘Everything I ate or drank didn’t get halfway to my stomach and I threw it back up. I couldn’t get a face-to-face with my GP for two weeks, by which time I was in total agony. I’d also lost four stone in four weeks.

‘I had a CT scan at Monklands, then was rushed to Wishaw General and told my next of kin should be with me. That is when the alarm bells started ringing. I realised I had cancer.’

He was initially against the idea of chemotherapy after being unconvinced by the short space of time the treatment would buy him.

Goram continued: ‘The surgeon explained where all the cancer was and it was inoperable. I knew I was in for a fight. If I don’t take the chemo, I have an average of six months.

‘Take chemotherapy and be in agony for the sake of an extra three months and zero quality of life? No thanks. Chemotherapy is off the menu.

‘They had to put a stent in my oesophagus to unblock the cancer blockage and help me swallow again. The operation was a total success yet the pain was still unbearable.’

Goram began his professional career at Oldham after coming through the ranks at West Brom before he was released as a teenager.

He made almost 200 league appearance for the Latics after joining the club in 1981, earning himself a £325,000 move to Scottish side Hibernian six years later. 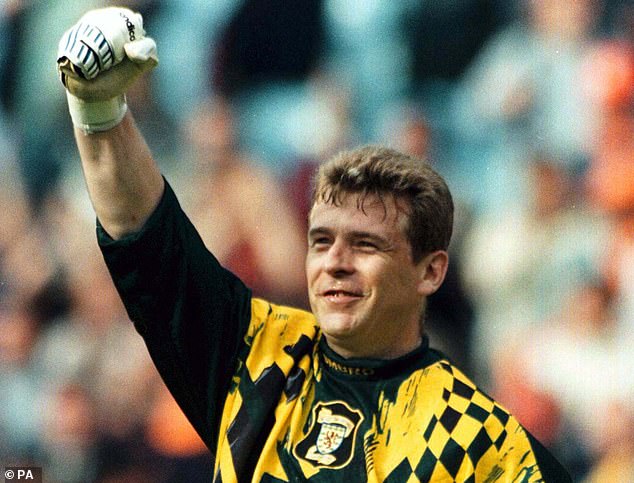 After impressing during four seasons with Hibs, Rangers paid £1million to sign Goram in 1991 and he went on to become both their No 1 and a fans’ favourite.

He picked up a total of 10 trophies during his time at Ibrox and was named the Scottish Football Writers’ Association Player of the Year for 1992-93.

Goram had brief spells at Notts County and Sheffield United after leaving Rangers in 1998 before returning to Scotland for three seasons with Motherwell.

It was during this spell that he went on loan to Manchester United, making two league appearances after the Red Devils were left short of senior goalkeepers.

Goram went on to play for Hamilton Academical, Coventry, Oldham, Queen of the South and Elgin before hanging up his gloves in 2004 after a 23-year career.

It can be hard to spot because it doesn’t cause any symptoms in its earlier stages, and only becomes noticed once the tumour has grown.

And its initial symptoms are often mistaken for common and benign issues.

Signs of the disease include difficulty swallowing, persistent indigestion or heartburn, loss of appetite, weight loss, and pain in the torso, chest or back.

Only 12 per cent of people survive for 10 years after a diagnosis.