Giovanni van Bronckhorst insists Rangers are ready to mix it with Europe’s best after teeing up a mouthwatering Battle of Britain against Liverpool in the Champions League.

The Ibrox side will go toe to toe with Jurgen Klopp and Co in a group which brings a return to Holland to face Ajax and a swift reunion with £20million summer sale Calvin Bassey. The final team in the group are current Serie A leaders Napoli. 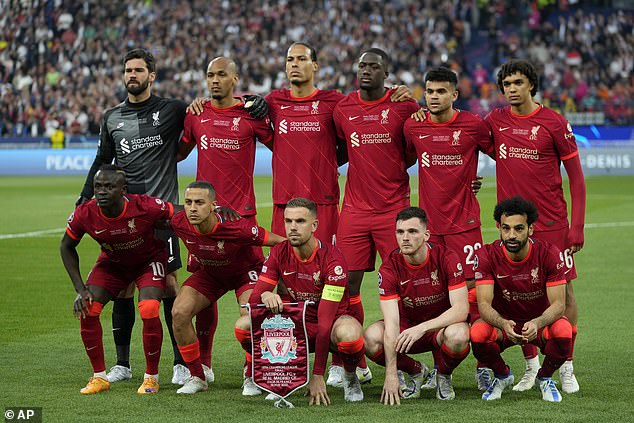 They have been paired in Group A with Liverpool, last season’s runner’s-up in this tournament

Hailing a 3-2 aggregate defeat as one of the highlights of his career van Bronckhorst insists the Scottish Cup holders have no intention of going into the Champions League to make up the numbers.

‘Of course you want to be competitive,’ said the Ibrox boss. ‘We are here to compete, we want to compete with the best teams in Europe.

‘It is going to be a difficult challenge because we are going to face some big teams in Europe, like we did last year, but it is an experience that I will love. I love that my players will have the opportunity to compete.

‘I always remember my first game in the Champions League with Feyenoord against Juventus away and the first 20, 25 minutes I was blown away by the level and the way Juventus played in that time.

‘To experience that as a player, you have to be very privileged because not many players get the chance to compete on this level.’ 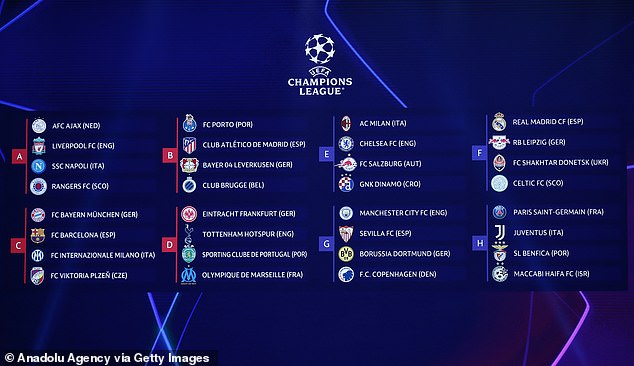 Van Bronckhorst will relish a return to his homeland to face an Ajax weakened by the loss of coach Erik ten Haag and the anticipated departure of £80m Brazilian attacker Anthony to Manchester United.

Napoli have won their opening two games in Serie A in style with Georgian winger Khvicha Kvaratskhelia already being hailed as the ‘new Maradona.’

Pre-match preparations for Eindhoven were disrupted by the omission of the club’s record European goalscorer over fitness and attitude issues.

The arrival of the Rangers team in the Philips Stadium was also delayed 15 minutes by crowds of PSV fans letting off fireworks. 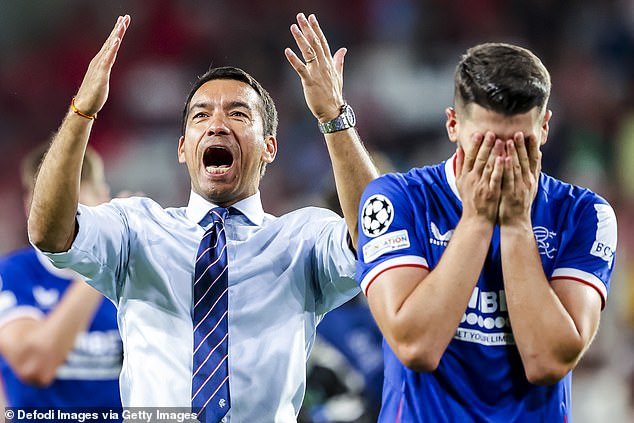 Extending an olive branch to exiled striker Morelos after Wednesday night’s 1-0 win, however, van Bronckhorst said: ‘I think one of the jobs as a coach is to inspire your players for what lies ahead and for us it was the Champions League. Of course you have (to deal) with the fireworks and the day we had.

‘He is still a Rangers player and I will push him the way I can to get him fit and to get the Morelos back that we all want.’

After watching the game on television, Morelos took to social media to express pride in his team-mates. Heavily linked with a pre-contract move to Sevilla the record Rangers goalscorer in Europe now has all the motivation he needs to get back in the team.