A 30-year-old woman has opened up about how she suffered a brain haemorrhage just moments after getting off a long haul flight for her snowboarding holiday.

Rani Vincent, from Sydney, had planned to embark on an adventurous road trip from Vancouver to Alaska before heading down to the Rocky Mountains.

But instead, her six-week holiday turned into an 11-day stay in hospital.

The woman had started feeling unwell the moment she arrived at Vancouver International Airport on January 10.

‘I actually felt an enormous amount of excitement for this trip when I was on the flight – but the signs picked up really quickly after I got off the plane. I was about to get into my cab and go to my Airbnb when I started feeling really bad,’ she told Daily Mail Australia.

‘I decided to hang around the airport for 10 minutes to see how I go but when I started vomiting, I knew straight away I needed help.’

The disability support worker was rushed to Vancouver General Hospital in a critical condition after losing consciousness. 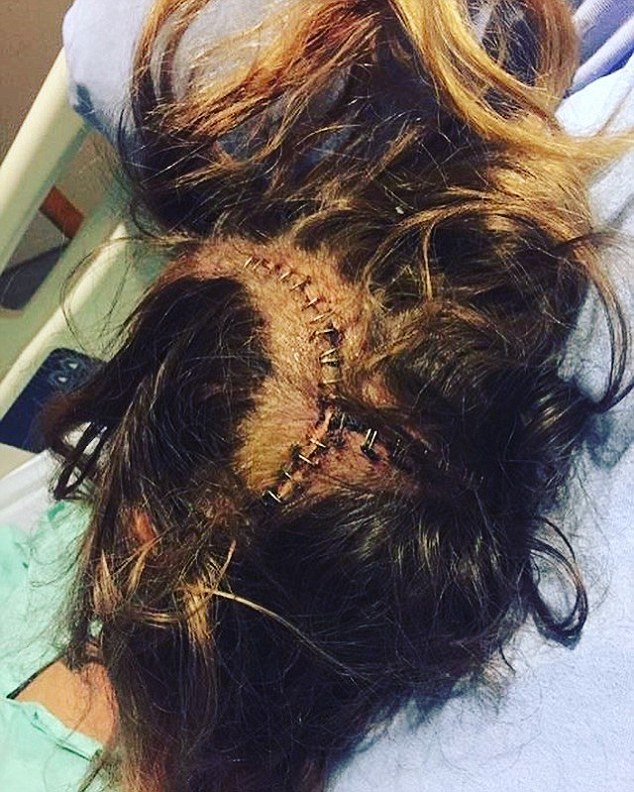 ‘I don’t remember much of what happened next. But I do remember waking up in hospital and seeing my brother’s close friend,’ she recalled.

‘He was working in Whistler at the time but he came down to see me. I remember seeing his face and thinking “am I in Whistler? Are we about to go snowboarding?”

‘Not long after that, my partner arrived and I asked: “What’s going on? You’re meant to be in Fiji”.’

‘I didn’t actually know what had happened until my partner showed me a photograph of my head showing 50 odd staples. I was in a bit of a shock.’

After spending 11 days in hospital following a brain surgery and rehabilitation, she was given the all-clear to fly back home to Australia.

‘It was a quick turn around. The medical team were just flawless. I’m still speechless with how well I was taken care of over there. It was unbelievable,’ she said. ‘I didn’t make it far into my trip but I got to fly out with my life – so that’s groovy,’ she said.

‘It was supposed to be a snowboarding adventure but it turned out to be a different kind of adventure.

‘The only snow I saw was from my intensive care window. I was quite devastated because I had planned this trip well over a year.

‘I actually turned 30 just five days before it all happened. So this was meant to be a birthday present to myself actually but instead, I ended up with a brain injury.’ 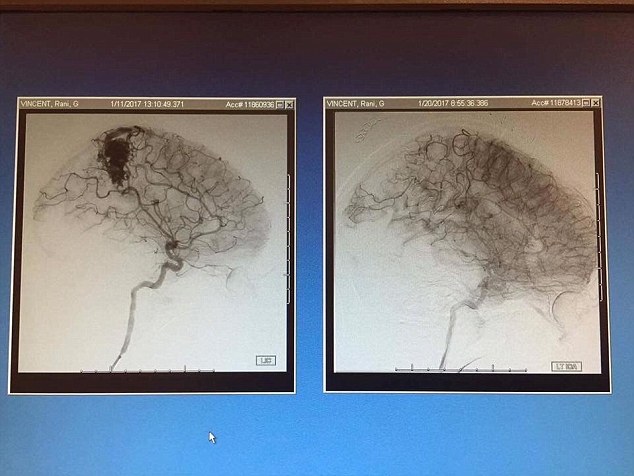 Despite missing out on the trip of a lifetime, Ms Vincent said she ‘feels lucky’ to be back home safely following the terrifying ordeal.

‘I feel really lucky and I’m grateful that it happened. I know it sounds strange but it came at a perfect timing. It’s a long road to recovery because it’s not quick and easy.’

Her latest incident wasn’t the first time, as she revealed she suffered her first brain injury at the tender age of nine.

‘I had a traumatic injury in school. It was a sporting accident when we were playing soccer. Unfortunately, I have no recollection of what happened,’ she said.

‘Four months after that, I suffered another brain injury.’ 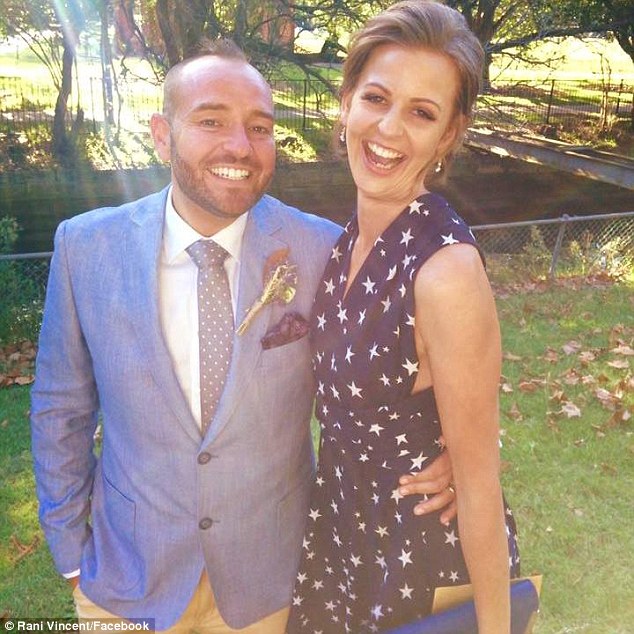 Despite missing out on the trip of a lifetime, Ms Vincent said she ‘feels lucky’ to be back home safely following the terrifying ordeal

However, Ms Vincent said she still doesn’t know what triggered her brain injury that happened just eight months ago.

‘It could just be a complete freak accident – unrelated to the original injury, but doctors have said they just don’t know what happened,’ she said.

Since taking time off work, Ms Vincent has launched her own campaign called ‘The Brain Injury Project’ in an effort to help other people suffering from brain injuries.

‘The project was born from the idea that one’s life can still be extraordinary and powerful after injury, regardless of the challenges they face,’ she said.

‘Our vision is to help improve the quality of life for those who have been affected by brain injury by providing a rich source of information, resources and programs.

‘[We want to] help foster a positive and empowered mindset, promote a healthy brain lifestyle and harness the power of a supportive and uplifting community.’