In one of the best matches of the opening rounds, the 6ft 4in Canadian repeatedly served his way out of trouble against an opponent armed with an elegant as well as destructive single-handed backhand.

The reserved Canadian raised his fists in triumph after his Swiss opponent misfired on his forehand on match point after four hours of intense play. 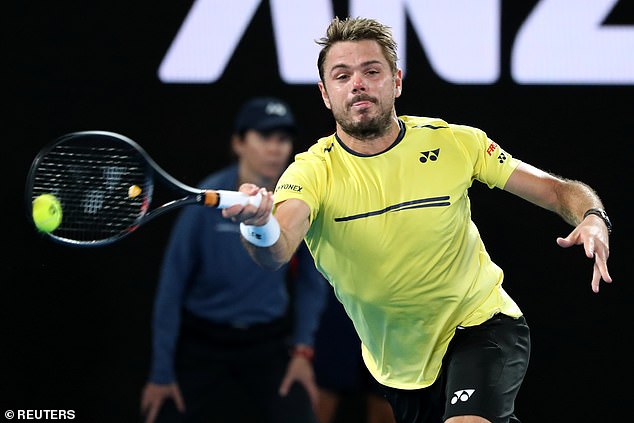 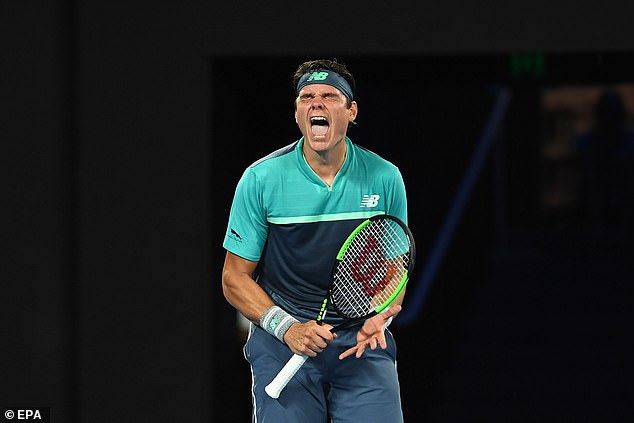 The 16th seed and Wimbledon runner-up in 2016, hit 39 aces as he just about came through in the four-hour, two-minute thriller. 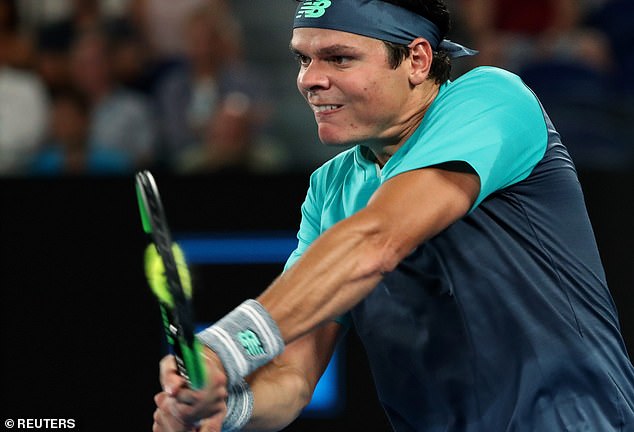 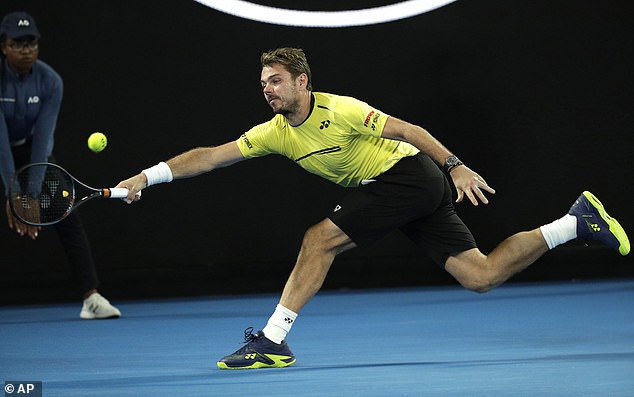 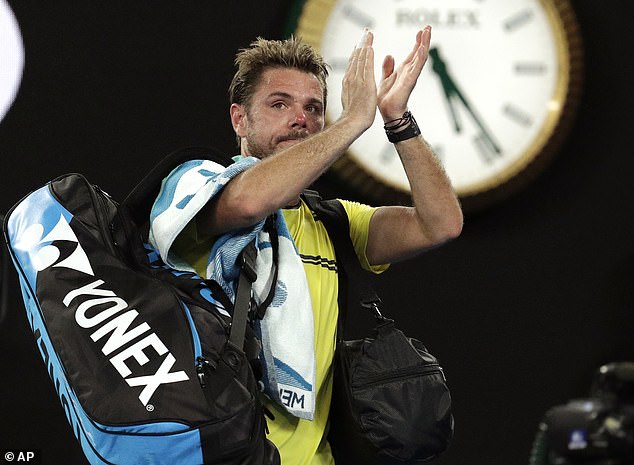 ‘It feels like four hours passed by in about 15 minutes. … the adrenaline takes over,’ Raonic said. ‘I was very fortunate to stay alive in that fourth set.’

The match was interrupted for about half an hour while the roof at Rod Laver Arena was shut because of rain. At the time, the score was 4-4 in the third set and Raonic believes he benefited from the change in conditions.

‘I do a little bit better indoors than outdoors,’ he said, ‘so thank you for raining up there.’