A woman who was repeatedly raped and tortured by her evil father throughout her childhood – leading her to develop more than 2,500 personalities as a coping mechanism – has found love.

Three years ago, Dr Jeni Haynes rejoiced as she watched a judge sentence her father, Richard, to at least 33 years behind bars for abusing her between the ages of four and 11.

It was the end of a case described by a Sydney sentencing judge as one of the worst to ever come before the court, with her father described as a ‘depraved monster’.

In order to cope with the trauma and horrific memories, Dr Haynes developed Dissociative Identity Disorder and thousands of personalities with names such as Symphony, Muscles and Assassin.

Despite the long-lasting effects of the abuse, Dr Haynes recently celebrated a series of milestones, including moving into her own home, releasing a memoir – and a new relationship, which she made Facebook official this week.

‘I’m so happy,’ she captioned the post – which was flooded with dozens of messages from well-wishers.

Three years on, Jeni confirmed she has finally found love as she made her blossoming relationship Facebook official

‘Who is the lucky person? They are so blessed to be with you, Jeni with your big heart, intelligence and beauty!’ one friend said.

Another added: ‘You deserve all the love in the world!’

Dr Haynes’ life has changed radically – for the better – since her father, once a seemingly ‘respectable’ member of society, was locked up.

But it was a difficult journey getting the matter to court in the first place. Ms Haynes’ separate personalities had to be permitted to give evidence against her father at trial.

Dr Haynes testified in the personality of Symphony for two hours before her father changed his plea to guilty and stopped the trial, admitting to 25 charges.

It was a breakthrough moment for Ms Haynes and her ‘alters’ – the term she uses for her different personalities.

‘Every one of my alters, every person inside (reacted by saying) the war is over, we won. Stand down,’ she told 60 Minutes. 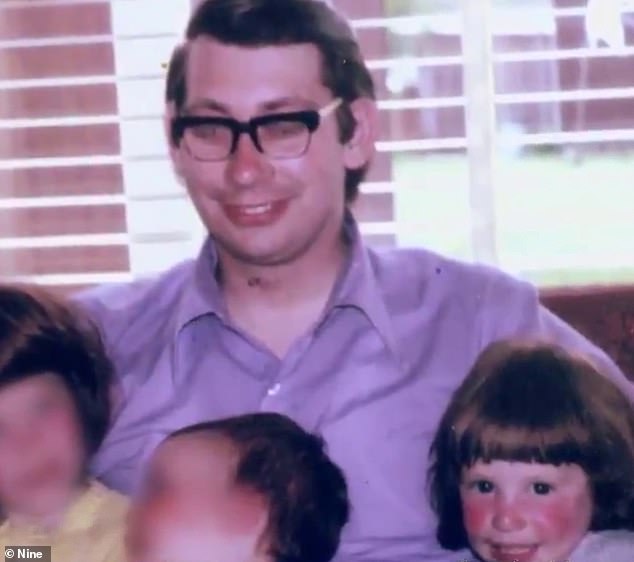 Richard John Haynes is pictured with his daughter Jeni (right) whom he sexually abused from the age of four to 11. He will spend the rest of his life behind bars 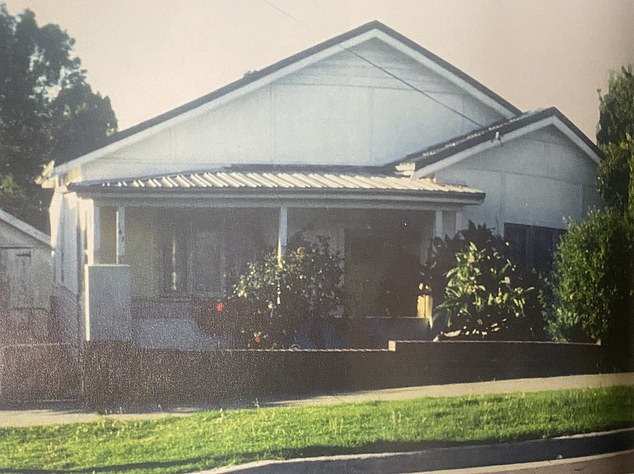 House of horror: The normal suburban home in Sydney’s western suburbs where her horrendous abuse occurred

She also has ongoing issues with her eyesight, hearing, dentistry and mental health.

Earlier this month, Dr Haynes marked the three-year anniversary of her father’s sentencing.

‘I could not be more proud. My efforts, though hard and heartbreaking at times, have made a real difference,’ she wrote.

‘For the last three years I’ve been living, and what a life I now have. I’m so happy.’

She also recently celebrated the launch of her memoir, The Girl In The Green Dress. 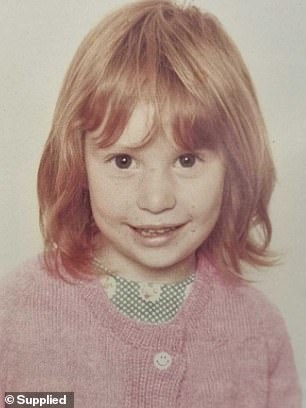 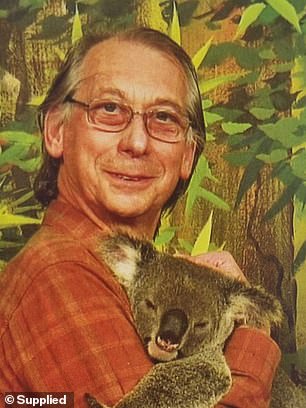 Ms Haynes as a little girl – with the personality known as Symphony. In her memoir, Ms Haynes said of her father (right): ‘That air of respectability around our family and my father hid the depravity of a man who should have protected me. Who would look at this man and think he was a monster? I knew he was.’ 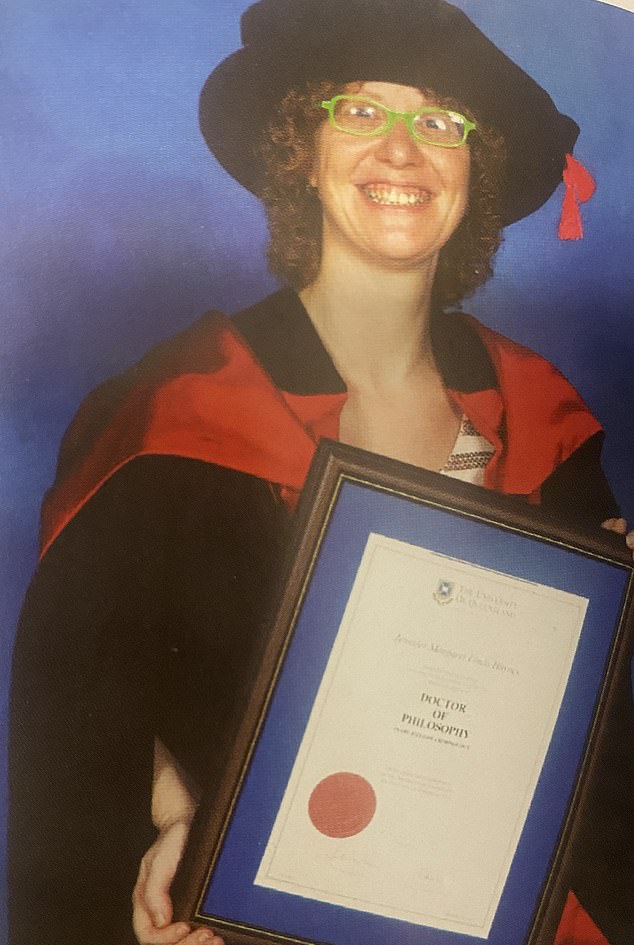 Jenni went to university and earned a Ph.D in philosophy, despite her abusive childhood 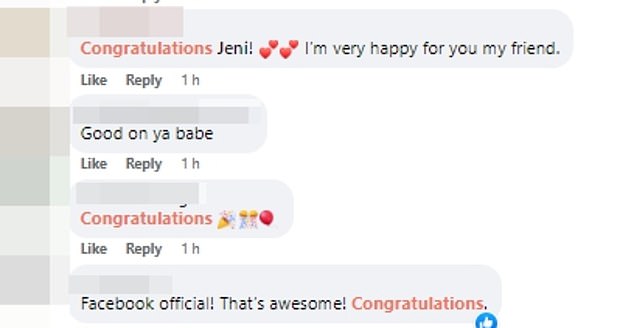 JENI’S MANY PERSONALITIES: WHAT IS DISSOCIATIVE IDENTITY DISORDER?

Dissociative identity disorder is characterised by the presence of two or more distinct personality identities.

Each may have a unique name, personal history and characteristics.

Creating multiple personalities was the only way Jenni could deal with her father’s abuse. Her five main ‘alters’ are listed below, as detailed in her book, The Girl in The Green Dress.

Symphony: Our core personality. The girl in the green dress. She was Dad’s original victim. She created all of us to help keep Jennifer Margaret Linda safe from dad.

Erik: Symphony’s first alter, the architect of our inner landscape from the 1970s to 2000s and coordinator.

Little Ricky: He gave us our jobs after initial emergence.

The Rulebook: Constructs rules of engagement to guide us and keep us safe.

The Assassin: It’s all in the name, folks.

Dr Haynes also successfully sued her father and was awarded $840,000 in damages earlier this year.

‘She was an innocent child who fell victim to a depraved monster, her father, who unfortunately exploited his easy and regular access to her body, heart, mind and psyche to abuse her and humiliate her,’ Justice Julia Lonergan wrote in her judgment.

‘The loss of enjoyment of life and psychological distress caused to her by his vile conduct is immense.

‘His bullying and manipulation of his daughter, a child at his mercy, was very damaging.’ 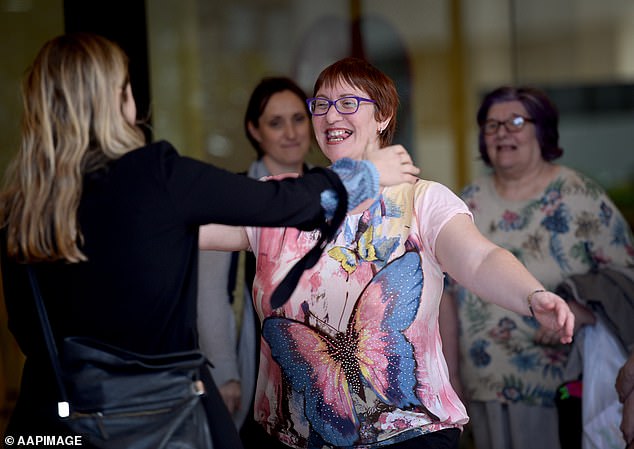 Ms Haynes celebrates getting justice, above

TIMELINE OF RICHARD HAYNE’S CRIMES AGAINST HIS DAUGHTER

1974 – The family moved to Australia from Durham, AUK. Jeni was four, and the sexual abuse began.

For seven years, she would be subjected to the most unspeakable abuse – which she said she only survived because of her other personalities.

Though his attacks often caused Jeni to bleed, urinate and cry, he continued and told her she deserved it and liked the abuse.

He told her in one occasion: ‘This hurts me more than it hurts you.’

Her father told her that her mother would ‘spontaneously combust’ if she ever revealed the abuse.

2017 – Richard Haynes was extradited from the United Kingdom to face a judge-only trial after she gave police a 900,000 word statement recounting her abuse

March 2019 – Haynes pleads guilty to dozens of counts of rape, buggery and indecent assault committed against his daughter

Jeni has had to have multiple surgeries to reconstruct her coccyx, bowels and anus after the brutal assaults.

She now has a permanent colostomy bag, which she has described as a ‘degrading, daily reminder’ of her father’s crimes, and unending problems with eyesight, hearing, dentistry and mental health.