The university student knew that the young men who regularly ate in the restaurant where she waitressed were cricketers – star batsmen and bowlers for the first-class county side of Worcestershire.

But what she did not know when one of them asked for her phone number was that cricket was not the only game being played.

A casual date with Joe Clarke, already selected to wear the whites of England, would end in the horror of rape by one of his team-mates Alex Hepburn — and the revelation in court earlier this year that the men were competing off the pitch to have sex with as many women as possible.

Their conquests were rated by looks, age, colour and performance, all cruelly catalogued and shared on the messaging platform WhatsApp.

The scandal could not have come at a worse time for the sport. English cricket is under global scrutiny as the country prepares to host the 2019 Cricket World Cup, opening at The Oval later this month.

The rape victim of Australian cricketer Alex Hepburn is speaking out for the first time in an interview with The Mail on Sunday. 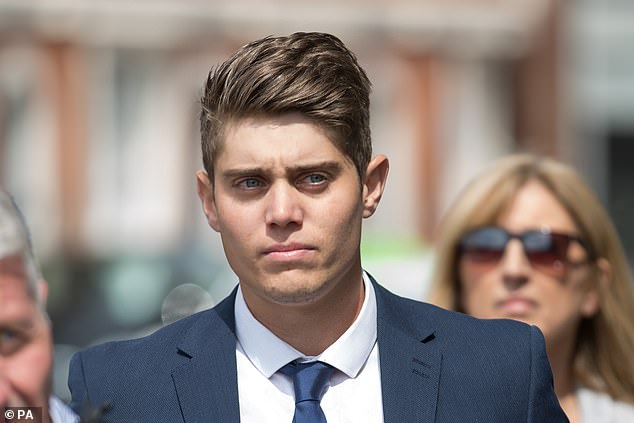 The England Cricket Board is now investigating events at Worcestershire, but the sport has already acknowledged the potential for predatory or abusive behaviour towards women, especially by its younger stars.

The Professional Cricketers’ Association, backed by the ECB, is rolling out a series of workshops on sexual consent – part of a welfare package which also includes gambling and drinking and drugs – for all first-class senior and academy squads this summer.

‘Cricket has a reputation as a gentleman’s sport, summer picnics and leather on willow. Nobody was watching out for the attitudes which are prevalent in football – the sense that women are a commodity – but maybe they should,’ says Hepburn’s 23-year-old victim, who has chosen to remain anonymous.

‘Until this happened to me, I was as guilty as anyone of having a stereotypical idea of a rapist: the stranger on the dark street late at night. But I was raped, by a young sports star in a world where women can be dehumanised, degraded and objectified, for the sake of a sex competition. 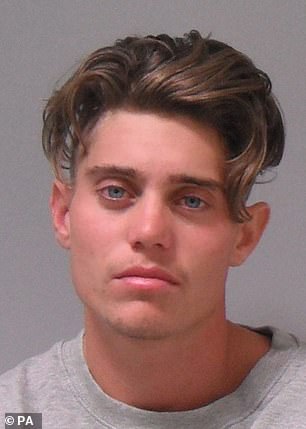 ‘I have been asking why ever since and I think it’s because of how cricket treats its young players.

‘Look at Hepburn. He was sent halfway across the world [the Australian came to the UK to pursue his career], he is with the lads all the time, playing his sport for his job, living the dream. Physically these men are very fit, they live a life of privilege, their ego is fed by their success and it goes to their head.

‘I don’t believe Hepburn thought that night he was going to rape me. I’m sure what he actually thought was, “She’ll be grateful for this.” He’s got five years in prison to think about that now.

‘But the sport needs to address it too, they need to eradicate this attitude because I am under no illusion that Worcestershire Cricket Club is the exception and that these two men, Joe Clarke and Alex Hepburn, are the only ones. I suspect there are multiple other girls out there on some kind of ratings system.’

The consequences for Hepburn’s victim have been catastrophic. After the attack in 2017, she developed Bell’s palsy, a partial paralysis of the face which is linked to emotional disorder and stress. ‘I looked like I had had a stroke,’ she says.

She suffered recurrent nightmares and panic attacks so intense that ‘my heart would beat out of my chest and sweat would pour from my palms’. Her weight plummeted, reducing her to a shocking UK size 4, and she was sometimes unable to get out of bed. 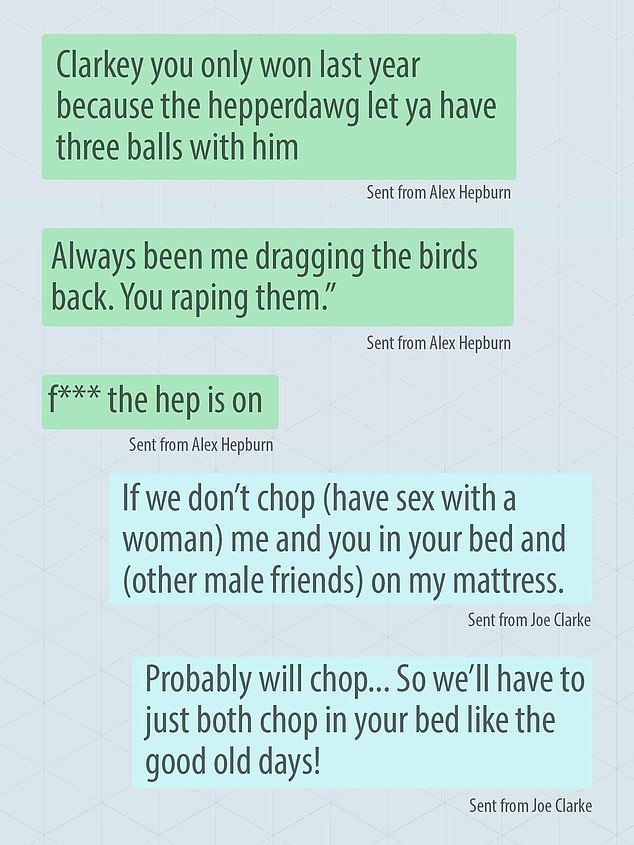 Despite being given extra time for her dissertation, she did not achieve her predicted grades at university, meaning she has had to mothball plans to become a teacher.

Additionally, a serious, long-term relationship, which began after the rape, broke down under the strain of the first court case in January which failed to reach a verdict, and the second last month which put Hepburn behind bars.

The young woman is the antithesis of cricket WAG material: she grew up on her parents’ farm in Oxfordshire uninterested in the sport or trying to snag one of the players with their £40,000-a-year pay packets and the prospect of wealth and England glory to come.

She only encountered the Worcestershire team-mates because they frequented the restaurant where she worked part-time to support her studies.

Hepburn moved from his home city of Perth, Western Australia, to Worcester to play county cricket

Joe Clarke, considered one of England’s most exciting new batting talents, persuaded her to write her telephone number on a napkin during a meal in the summer of 2016.

They connected on Facebook and flirted by text for several months until one night he invited her to his flat. When she got there, Hepburn, Clarke’s best friend and housemate, was watching TV.

‘He made a joke about how I was the “restaurant girl” and that was it, the only conversation I have ever really had with him.

‘Joe and I went to his bedroom. We both knew what I was there for – neither of us wanted a relationship, we were happy being single and having fun.’

She was ignorant of the fact that Clarke was already engaged in a vile race with Hepburn, the pair not only counting but scoring their sexual partners. In their sleazy terms, the student was not a ‘reheat’ but a ‘freshie’ – a woman with whom Clarke had not previously had sex.

She was pleased to hear from Clarke again when he sent her a WhatsApp message in January 2017. ‘He told me he was away in Sri Lanka on tour for cricket and was due home at the end of March. We texted often and towards the end of the tour we started counting down each day until he got back. It was normal, friendly flirting.’

Except it wasn’t. Clarke was preparing to get his first ‘score’ on the board for the 2017 sex game ‘season’. Another team-mate, the big-hitting batsman Tom Kohler-Cadmore, now playing for Yorkshire, was also involved along with Hepburn.

Clarke and the woman were reunited in a champagne bar and she made him promise to drive her home the next morning in his new Mercedes.

‘I just thought it was a sexual encounter between two equals, that he was attracted to me. I didn’t think Joe and I were anything serious but I didn’t realise I was just a pawn in a sick game,’ she says. 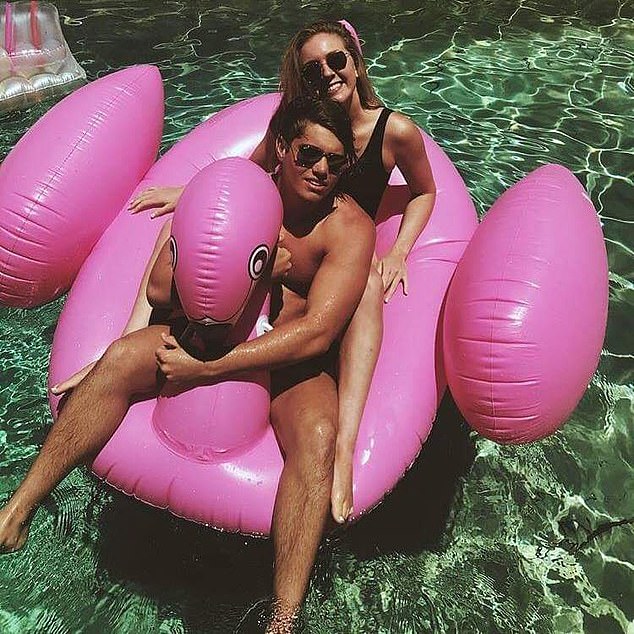 Hepburn with his girlfriend Lucy Street. Hepburn said over WhatsApp that his strategy was to ‘get [girls] blind and then back to ours’

The rules of that game had been laid out by Hepburn less than a week earlier. They even included saying whether or not a condom had been worn. The competition was due to end with a ‘Sh****rs’ Week’ on September 15. The lowest-scoring player would buy everyone else dinner, and the lowest and second lowest would combine to pay the drinks bill.

As well as the arcane marking system for sexual encounters, there were strings of graphic WhatsApp messages between Hepburn and Clarke. In one, Hepburn says: ‘Always been me dragging the birds back. You raping them.’

In another he says: ‘It feels like there is a population of 150 birds in Worcester and we have pumped every single one of them.’ In yet another he suggests: ‘Get them blind and back to ours.’ At about 5am, the woman was woken from a deep sleep, disorientated and, by her own admission, probably still a little drunk from the night before. A man was having oral sex with her, closely followed by penetrative sex. She thought it was Clarke. ‘Why would I think it was anyone other than the person I went to sleep with?’ she asks. ‘I assumed it was Joe being a bit cheeky and I was fine with that.’

It was only when Hepburn spoke, that she recognised his Australian accent and pushed him off screaming: ‘Where’s Joe, where’s Joe?’ He was pawing at my legs, telling me I was beautiful. I remember curling up in the foetal position, not knowing what to do,’ she says. 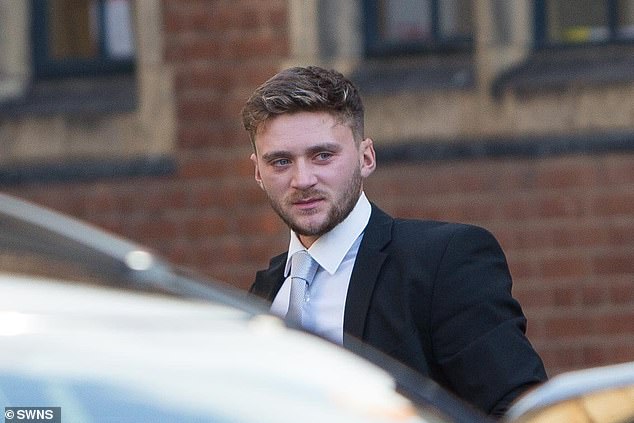 She fled to an en suite bathroom, locking herself in and phoning friends. ‘Alex was in the bedroom when I went back out, but I couldn’t tell you what he was doing. I was too focused on getting out. Knickers, dress, shoes, bag, get everything and just go.

‘Before I left, I wanted to see if Joe was anywhere. I managed to unpick the lock to the bathroom with my fingernail and when I opened the door, there was Joe, literally hugging the toilet in his boxers, asleep.

‘I remember crouching down and grabbing his shoulders and shaking him and saying, “Your friend has just had sex with me.” Then Alex came in and I said to him, “You are a sick b******. You know what you’ve just done.” ’

She ran out into the dawn where a passer-by came to her rescue as she began vomiting on the kerb. Police were called and her friends arrived too. In the weeks that followed, she returned to her studies and even went on a scholastic trip to Italy, which is where she met her long-term boyfriend, an accountancy student at a northern university. It was when he went travelling later that summer that she finally broke down.

‘I had my first panic attack the night before he left. It was as if my subconscious was saying, “Now you have to deal with this.” ’ 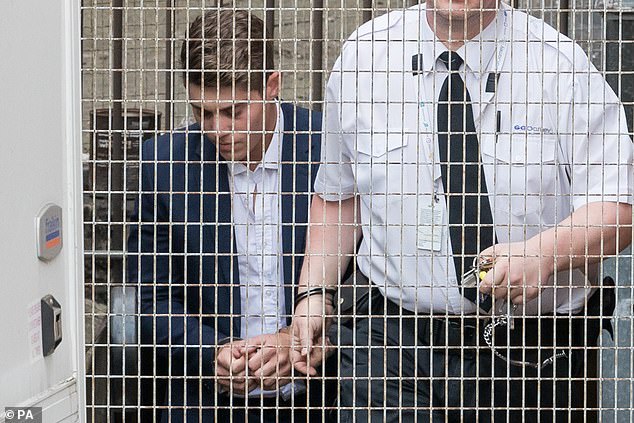 She was diagnosed with post-traumatic stress disorder and anxiety, and began having therapy.

‘It gave me back a sense of control but it was upended by the court case,’ she admits.

The first trial resulted in a hung jury. At the second in April, Hepburn was convicted of one count of rape and cleared of another relating to the same incident. He has now applied for leave to appeal.

‘The image created in court was of a classic county cricketer, an all-round good egg, good background, good morals, good school, passionate about his sport,’ says the victim. But those WhatsApp messages show exactly why he did it, the prevailing culture.

‘Rating girls is vile. Does it matter if you are black or white? Do you get more points for being younger or older? Is there an extra score for getting a blonde? What about a brunette? There’s no humanity or decency in any of it.

‘Worcester is a small city and there, in those terms, these young players saw themselves as A-list celebrities. It was so easy for them to get lost and in cricket, sadly, I don’t think they’re alone.’