Basel coach Raphael Wicky insists the pitch at St Jakob-Park will not be a problem when Manchester United meet the Swiss side in the Champions League on Wednesday night.

United only need a point to be guaranteed qualification and top spot in Group A, although Jose Mourinho’s side will progress to the knockout phase even before kick-off if CSKA Moscow fail to beat Benfica at home in the earlier game.

However, the state of the pitch in Basel is under the microscope after it was re-laid following last week’s World Cup playoff between Switzerland and Northern Ireland which saw the playing surface cut up badly after heavy rain.

It was quickly replaced for Saturday’s game against FC Sion, which Basel won 5-1, but concerns have been raised ahead of United’s visit. It is not the first time that Mourinho has encountered pitch problems as United boss following issues in Beijing, Odessa and Rostov.

But Wicky believes it will be good enough to play on, saying: ‘I haven’t seen it since Saturday but it’s actually better than it looks.

‘It might have some flaws in colour, but that doesn’t take anything away from the function. Once the ball jumped up a little high, but overall the pitch is good.’ 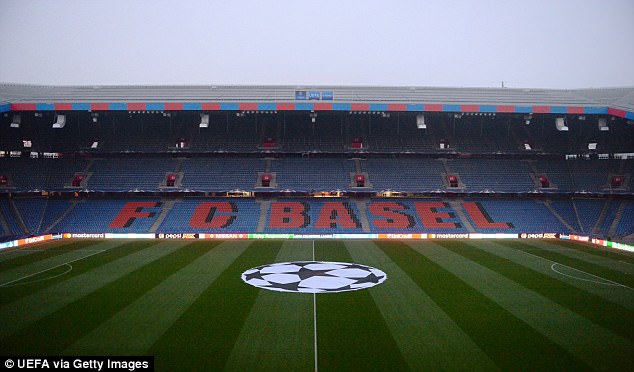 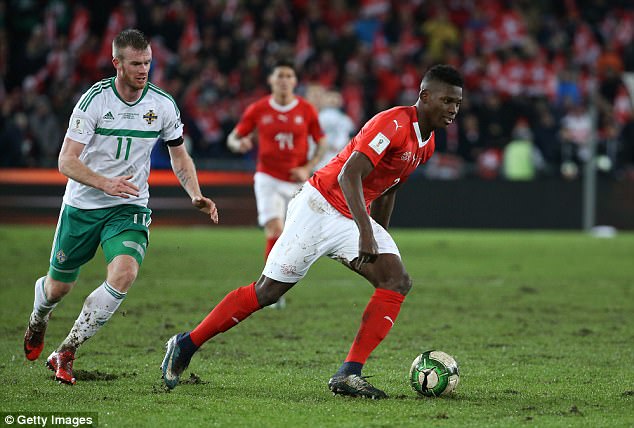 Basel are looking to repeat a famous win over United in 2011 when a 2-1 victory here saw the Swiss progress to the knockout stage of the Champions League at the expense of Sir Alex Ferguson’s side.

’Yes I believe we can do it again,’ said Wicky.

‘Everything is possible in football.

‘Of course we’re not favourites and we play an enormously strong side. Everything has to be perfect to win against them, just as it was in 2011. But yes it’s possible.’