Hordes of shoppers have emptied supermarket and pharmacy shelves as rapid antigen tests in a pre-Christmas rush.

Some stores such as Chemist Warehouse and Priceline have sold out of the tests in some shops and online, leaving potentially infectious revellers to attend family events.

Meanwhile, as the nation faces a supply chain crisis, just one rapid antigen test has been approved by the Therapeutic Goods Administration in Australia.

Of the 15 home tests available, ten have been manufactured in China, two tests have been developed in the United States, one in Germany and one in South Korea.

But while authorities encourage Australians to use rapid antigen tests, an infectious diseases expert has warned the kits can give a false sense of security. 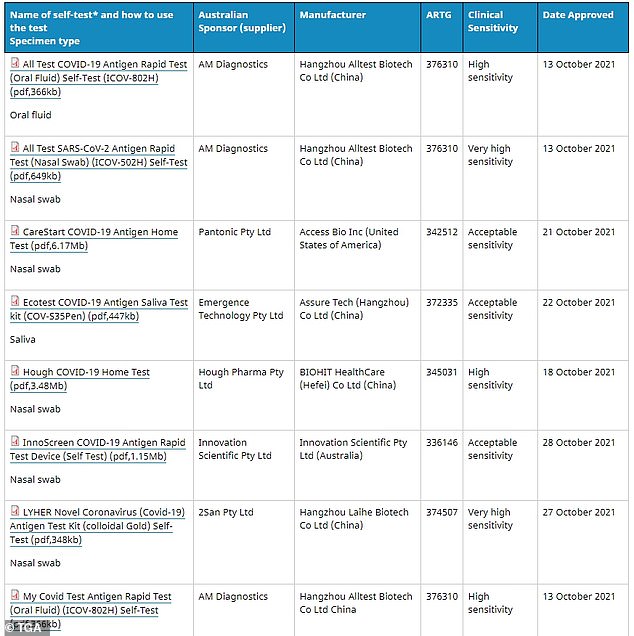 Of the 15 home tests available to Australians that have been approved by the Therapeutic Goods Administration, ten have been manufactured in China (pictured)

Infectious diseases physician Professor Peter Collignon from the ANU Medical School told the Today Show the tests could only pick up about 50 per cent of cases for people who are asymptomatic.

Professor Collignon said while detecting half of the cases was better than nothing, if the person was suffering symptoms the tests were 80 to 90 per cent effective.

‘Yes, they have got a place, particularly if you’re going to see elderly relatives and you’re worried you might have it,’ the Covid expert said.

‘But I think compared to PCR, they are not as accurate, particularly for those without symptoms, so we’ve got to be careful about not over-relying on them to give us a false sense of security.’

Infectious diseases expert Robert Booy echoed the professor’s sentiments when he told Sunrise hosts the rapid tests were only about 70 per cent effective in determining a positive case.

The disease expert said repeated testing will improve the quality of the tests and increases a person’s chance of finding the infection. 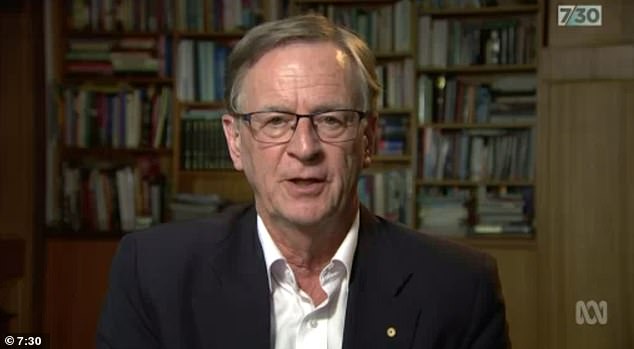 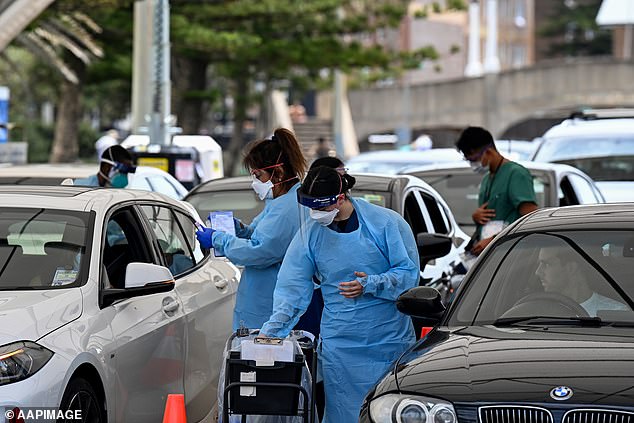 Across the country hordes of residents are stripping pharmacy and supermarket shelves of the rapid tests, as families look to be reunited for the festive season 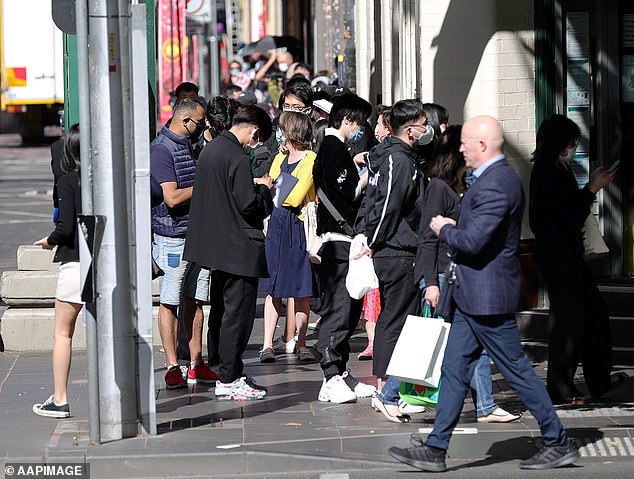 As the nation faces a supply chain crisis, just one rapid antigen test has been approved by the Therapeutic Goods Administration in Australia (pictured, people at a Melbourne testing clinic)

He said a negative result is often 98 to 99 per cent reliable stating: ‘If you get a negative test, you know it’s negative’.

Meanwhile, Mr Booy said PCR tests were ‘sensitive but not perfect’ and could detect about 95 per cent of positive cases.

The over-the-counter detection kits are not available to purchase in South Australia, and are not approved as a diagnostic tool in Western Australia.

However on the east coast the tests are ensuring frontline and hospitality staff can attend work, families can be reunited, and Christmas celebrations can go ahead.

A pack of five can be purchased from Chemist Warehouse for $50 while a two pack costs $25 and promises results in 10 to 15 minutes, however stock is scarce.

‘Rapid antigen tests should be made widely available in the community and they should be FREE to encourage peeps to test themselves before leaving the home everyday,’ one Twitter user wrote. 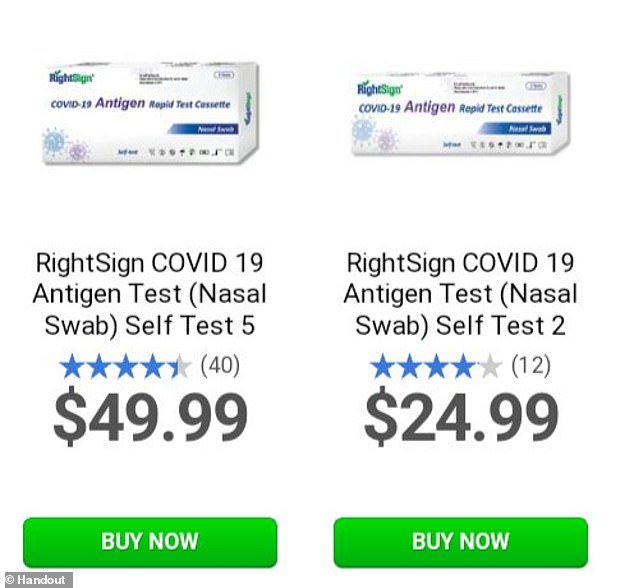 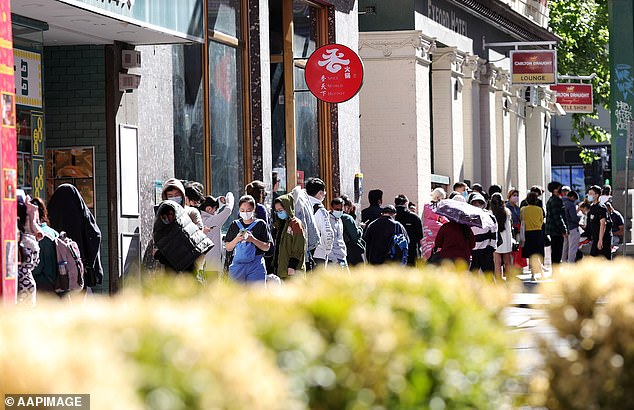 However on the east coast the tests are ensuring frontline and hospitality staff can attend work and families can be reunited (pictured, people queue for a Covid test in Melbourne) 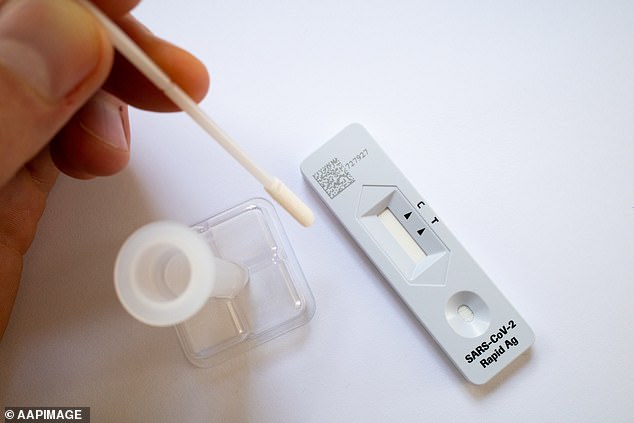 Across the country hordes of residents are stripping pharmacy and supermarket shelves of the rapid tests, as families look to be reunited for the festive season (pictured, a rapid antigen test)

‘Singapore, NZ and other nations are giving out free face masks and rapid antigen tests. Many people can’t afford to buy them. Australia should be doing the same,’ another user agreed.

Testing clinics across the country are feeling the pressure as Australians desperate to travel interstate over the festive season line up for hours to get swabbed.

Most interstate travel requires a negative test before departure but with results taking two to three days, the wait is sending travel plans into turmoil.

Infectious disease expert Mary-Louise McClaws has called for free rapid tests to be available to residents as case numbers nationally surge to 4,000 a day.

The professor warned there were signs of a fourth wave of Covid-19 infections ahead of the Christmas holidays in NSW, as the virus is seeps into other states.

‘All of a sudden we have got the highest number we have had in NSW and I think this is sadly heralding a fourth wave,’ she told the Nine Network on Friday.

‘We really do have to be careful because what we have learnt from the England experience when Delta happened (was) all of a sudden children became the target for the virus and this is exactly what is happening again.’

Thousands of households face spending Christmas locked inside their homes as the Omicron variant sends dozens of positive cases and close contacts into isolation. 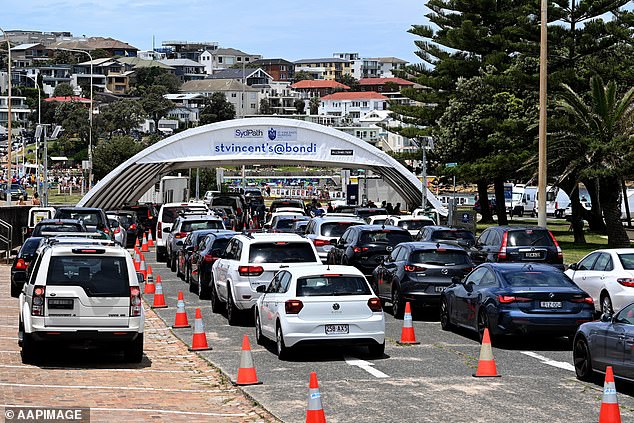 Health officials in NSW have admitted they have no clue how many cases of the highly-infectious mutant strain are active in the state because it’s too expensive and time consuming to test for – but that there are likely thousands.

The revelation comes as worrying new international data finds Omicron is ‘no milder’ than the Delta variant – but five times more likely to re-infect.

Queensland and Tasmania have both reintroduced mask mandates in indoor settings, amid rising case numbers as holiday visitors start to flood interstate.

In NSW, Premier Dominic Perrottet has so far refused to bring back any restrictions despite mounting pressure, just days after removing density limits and allowing the unvaccinated the same freedoms as those who’ve had the jab.

The state recorded 2,051 new Covid cases on Monday while Victoria reported 1,302 new infections less than a week before Christmas.