Rapist serving life term who absconded from prison is arrested

Rapist, 39, branded ‘every woman’s nightmare’ for breaking into home and attacking sleeping woman goes on run for 18 hours after escaping open jail

A rapist serving a life sentence who absconded from an open prison has been arrested.

Members of the public were warned not to approach Wayne Jones, an inmate at HMP North Sea Camp near Boston in Lincolnshire.

The 39-year-old was branded every woman’s worst nightmare after he broke into a house a raped a woman in Stockport.

He held a screwdriver to her throat and threatened to stab her in the face during the 2004 attack. Jones absconded from the Category D open prison on Sunday evening.

The hooded thug was waiting at the end of his victim’s bed when he threated to stab her.

He then marched her downstairs and raped her. In 2005 he was jailed for life after pleading guilty to rape and burglary.

Judge Judge Timothy Mort said at the time that Jones was ‘every woman’s worst nightmare’, adding: ‘It is quite clear that you have to be viewed as a significant risk to the public. This rape was truly horrendous.’

Lincolnshire Police said this morning that Jones had been located.

‘The 39-year-old has been arrested in relation to absconding. Thank you to everyone who shared our appeal.’ 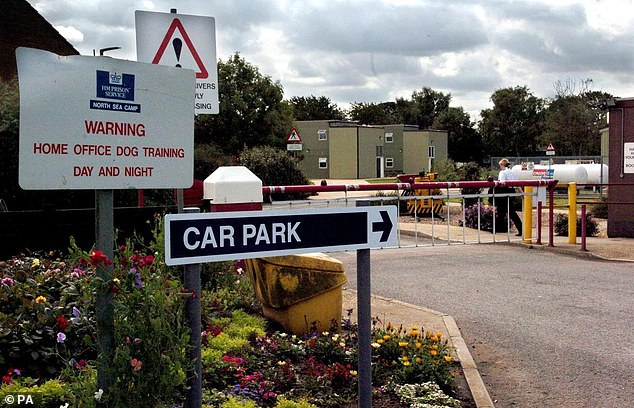 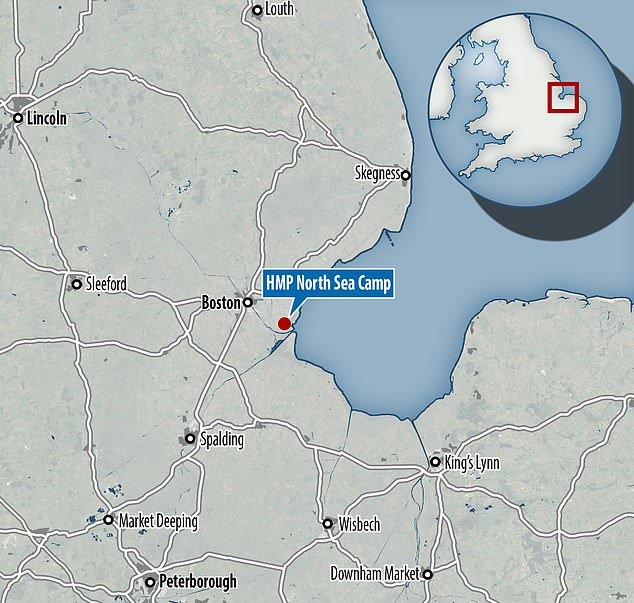