A teenage rapist has been freed from jail after serving just three weeks of a one-year sentence for sexually abusing two children, despite his victims’ family fearing they will bump into him in their local village, MailOnline can reveal.

Two children, one boy and one girl, were relentlessly abused by the man, now 18, when they were aged just five and eight during twisted games of ‘murder in the dark’.

Their family, from Devon, took comfort after their ‘nightmare’ earlier this year when the man was jailed for a year, subjected to a restraining order and made to sign the Sex Offender’s Register.

But just weeks later, that was overturned.

Their parents have been left outraged after the teenage tormentor who ‘ruined their lives’ was freed after just three weeks.

The family, who cannot be named to protect their children’s identities, said the justice system has ‘utterly failed’ them.

On August 14 a judge said the man had caused ‘untold damage’ to the children through repeated sex attacks when he was aged 13, between 2013 and 2014, possibly longer.

However, MailOnline can reveal weeks later, on September 7, the judge’s decision to jail the man for a year in an adult prison and add a year-long rehabilitation order was quietly overturned on appeal.

To make matters worse, the family lives in the same Devon village as the eighteen-year-old and have had to explain to their children, now 11 and 13, that they face bumping into him.

Although the courts could only prove nine months of abuse between September 2013 to May 2014, it is believed the abuse may have taken place over 18 months.

Their mother said: ‘It was of the worst kind of abuse in the end. He got progressively more brave as the weeks went by.

The court case was heard at Exeter Youth Court where the man was sentenced for his historic sex crimes. However, the sentence was later reduced at appeal

‘It was a weekly occurrence. We were close friends with his parents and we would often take turns for meals at each others’ houses.

‘The children would go off and play Murder in the Dark. Unbeknownst to me he was individually taking the children away and carrying out his abuse

‘He was very clever – he was always ‘the finder’. That way he knew how much time he had.’

The two children’s parents found out about the abuse when their son took sex education classes at school.

When he came home he spoke to his mother about what had happened to him, on an evening she describes as a ‘night of hell’ in 2016.

When the mother spoke to her daughter, and asked if anything similar had gone on, she broke down in tears.

She said: ‘My childrendid not know the other one was being abused. He would take them away one at a time.

‘My daughter was hysterical when she told me the extent of what he’d done to her .

‘We know for sure my daughter was five when it started.

‘She recounted two birthdays police could verify the times and dates.

‘We are just devastated. As a parent it’s one of the worst things you can ever go through. Up there with your children being kidnapped.

‘He used a position of power. He threatened them. He was predatory.

‘I’ve heard people defend it and say because he was young himself – it was ‘experimentation’. 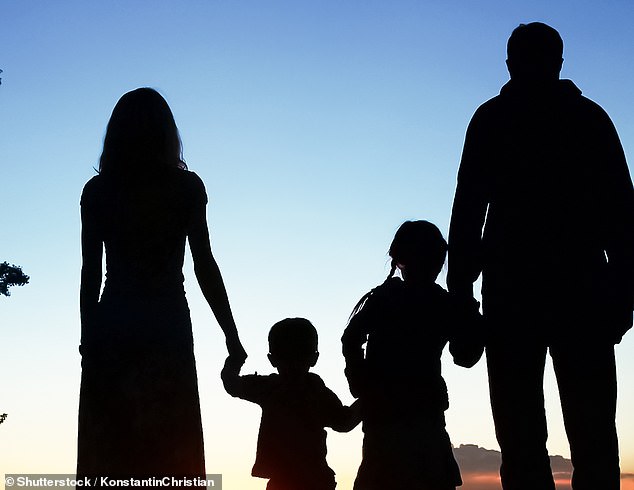 ‘He took her innocence – he has left them with life trauma – he does three weeks in prison. It makes no sense.

‘We are trying to come to terms with it. My daughter carries a huge amount of embarrassment, she’s uncomfortable talking to me.

‘My son wants to expose him to everyone because he’s so angry.

‘We are trying to get therapy for them both and it’s a long winded process.’

The appealed decision was not made public and it took MailOnline months to get confirmation from the courts.

The parents told MailOnline the abuse got steadily worse until it became a ‘weekly occurrence’.

When questioned by police the boy said he was abused ‘seventy times’ as an estimate. However, the courts could only prove a minimum of 14 occasions.

The mother added: ‘The abuse was extreme in the end – it was the worst kind, rape.

‘I don’t think there was any sign of that stopping. The reason it stopped (is) my one child told me he had flashed to her. At that point I stopped any contact. I did not realise the flashing was the tip of the iceberg.’

District Judge Diana Baker rejected the defence argument that this was ‘sexual experimentation’, or that it was a ‘one off type crime’.

Because of the ‘longevity and regularity’, the judge passed the maximum sentence possible for his age at the time of offending.

She said: ‘He sought out two innocent children and raped them, sexually assaulted the boy and engaged in sexual behaviour, causing them untold damage and taken away their childhood innocence.’

She handed down a two year detention and training order, of which he would serve half in an adult jail before being released under supervision – and made a life time restraining order banning him from ever contacting the two victims.

His sentence was given after the third time in court, because enough time was allowed for him to pass his A-Levels.

The Crown Prosecution Service said the teenager’s vulnerability is prison was taken into account, when deciding to reduce the sentence.

A spokesman said: ‘The appeal was allowed because of the defendant’s age at the time, his lack of re-offending in the last five years, the willingness he has shown to work with a youth offending team and his vulnerability in an adult prison. 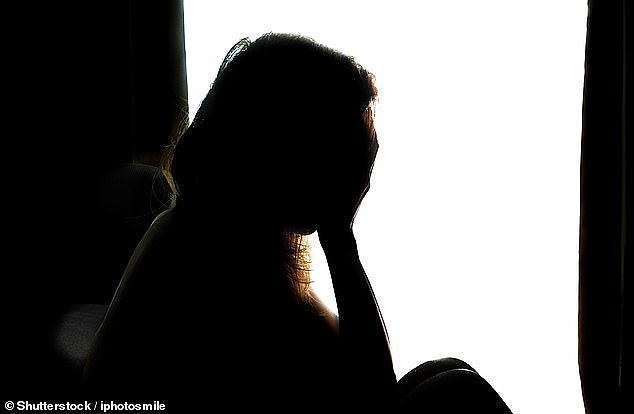 The daughter of the family which is not being named was so upset she broke down when she revealed the abuse to her mother. Now she faces bumping into her tormentor

The parents said: ‘We were delighted – even though it doesn’t make right what he did. The sentence he’s given my children is life long.

‘We heard they were appealing on the basis they felt it was too severe.

‘A new judge sat on the case agreed it was too severe – we are flabbergasted. He was immediately released on Friday– and was at a party on a Saturday night.

‘It’s not just the sentence they’e overturned. He will be on the sex offender register for 2.5 years – not five.

‘They’ve watered down the whole charge. For us as a family that is just devastating.

‘I had to warn them they might see him – they are frightened. It effects what we do and where we go.

‘My children cannot walk freely in their own village. What messages does that send to other children? Should they come forward?

‘Three weeks. I just found that such a ridiculous. It’s preposterous. You would get longer for theft. That’s the end of the line now. No further action.

‘This is the most painful thing a family can go through. We discovered our two children were horribly sexually abused. It was hard to come to terms with and for all that pain – this is what we ended up with.’