Rapper Mist, 27, speaks of getting ‘maddest love in the last 2 days’ since he was shot

British rapper Mist has spoken out for the first time since being shot at a luxury Algarve villa on Tuesday night in a suspected armed robbery.

The 27-year-old, real name Rhys Thomas Sylvester, was rushed to Faro Hospital by friends after being shot at a rented villa in the parish of Almancil.

His friends told police two men with Irish accents had broken into the property before taking valuables including a mobile phone and passport belonging to the Birmingham-born award-winning rapper.

Mist, who has served time in prison in the UK, posted a picture of him smiling and doing a thumbs up on social media this morning, said: ‘Received the maddest love in the last two days.

Mist, who has served time in prison in the UK, posted a picture of him smiling and doing a thumbs up on social media this morning, said: ‘Received the maddest love in the last two days’ 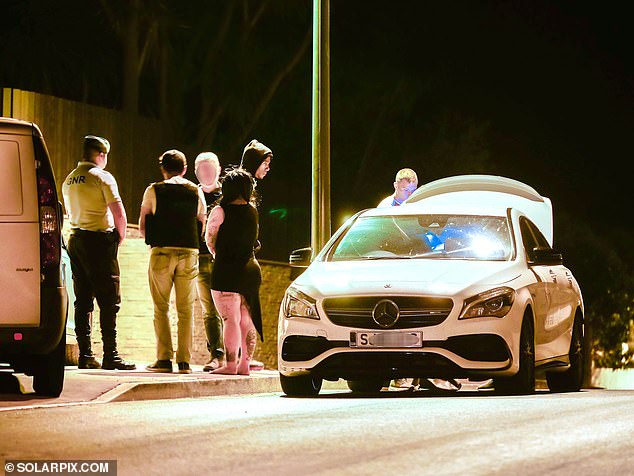 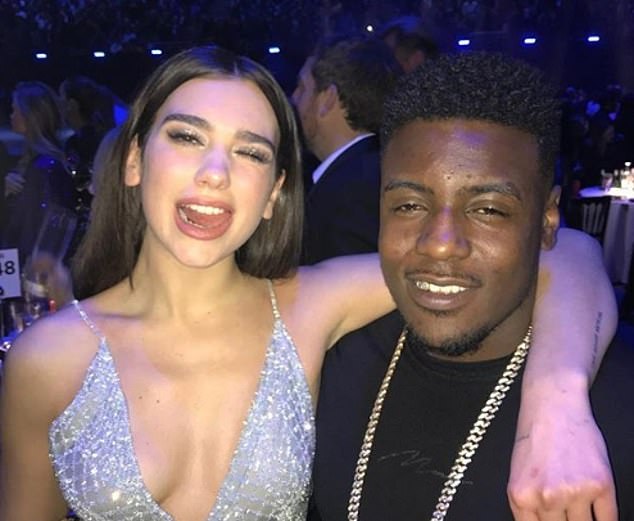 Mist pictured Dua Lipa at the Brit awards. He was staying at the upmarket Quinta do Lago resort which is a favourite of former footballers Steven Gerrard and John Terry 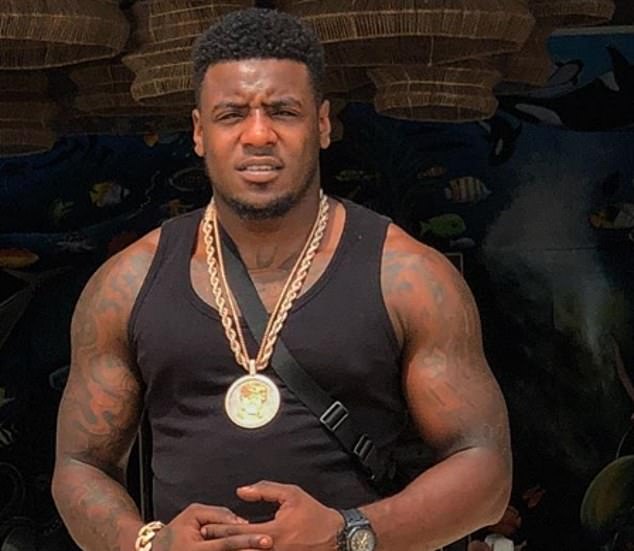 ‘Thank you everyone for having me in your prayers and sending your messages.

‘Your karlas back in full action, nothin can hold me down. Sticks and stones might break your bones but this karlas back and active.’

He finished his message with the hashtag £whatdosentkillyoumakesyoustronger

A spokesman confirmed they were hunting two English-speaking men, but added: ‘The modus operandi of the suspects does not fit the typical sort of robbery, with nothing having been moved or taken from inside the property apartment from the victim’s personal belongings. 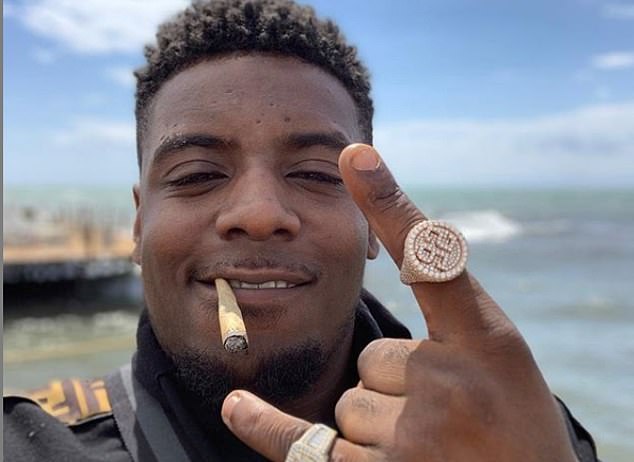 Mist, real name Rhys Thomas Sylvester, was driven to Faro Hospital. It is not clear what his current condition is

The pals, a man and a woman, reported to police at the hospital that he was shot in the leg around 10pm on Tuesday during a robbery committed by two or three men with an Irish accent inside the rented villa.

Heavily-armed officers from two police forces went to the villa and forced entry to make sure the suspected burglars were not still inside.

The rapper, a Mobo award winner whose February 2018-released second EP Diamond in the Dirt peaked at number four on the UK Albums Chart.

Mist, who was sentenced to 14 months in prison in October 2014 after being caught driving without a licence following a police chase on the M6, performed at the Afro Nation Festival in the Algarve resort of Praia da Roche at the start of the month.

He posted a photo of himself, bare-chested and showing off his impressive biceps the same day he performed. 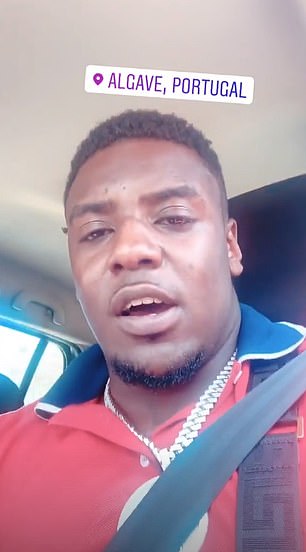 The rapper, on his Instagram stories in the Algarve, Portugal, performed in the country this week

In an interview after taking to the stage, he said: ‘It’s been a beautiful experience, really nice.

”I’ve missed my flight back a couple of times so it must have been good.

‘It wasn’t intentional. That’s all I can say for the camera.’

Mist spoke about his transformation from prison inmate to music star shortly after his release from HM Prison Birmingham in an interview last year.

The rapper, whose guitarist father played in a band that performed on Top of the Pops, said: ‘A lot of people say prison makes or breaks you. I can say it made me. It made me look at life differently. I valued things that I never valued before in my life.

‘I just looked at life from a different angle, and I kind of stepped back from all that fast-paced living and started living just for one day and actually looking at where I want to be in life and in my future.

‘It made me, man. It gave me a drive. I feel like before I went to prison, I never had a purpose.

‘Even though I had a daughter and a family that were relying on me and what not, I didn’t know that until I went to prison. All those people were taken away from me. I came out knowing that I had a purpose. I didn’t, in my head, think it was going to be music.’

Portuguese police were not available for comment this morning. It was not immediately clear if any arrests have taken place.