Rapper Swarmz escapes injury after £250,000 Ferrari 488 Pista supercar crashes with a bus in central London leaving it a crumpled wreck

A British rapper was involved in an incident where a Ferrari crashed into a London bus in central London on Sunday.

Photographs of the incident show the sports car, a Ferrari 488 Pista valued at around £250,000, in a damaged condition after colliding with a number 91 bus in a 20mph zone near Trafalgar Square.

Famous rapper Swarmz put up an Instagram story showing he was at the scene of the crash, but it is not clear whether the car belonged to him, nor whether he was the driver of the vehicle.

Swarmz, who has over one million followers on Instagram, had been in possession of the vehicle on Saturday night, with the rapper putting up a separate video of him and some friends looking at the car.

A Ferrari sports car (front), believed to be a 488 Pista worth around £250,000, was involved in a collision with a London bus (back) in central London 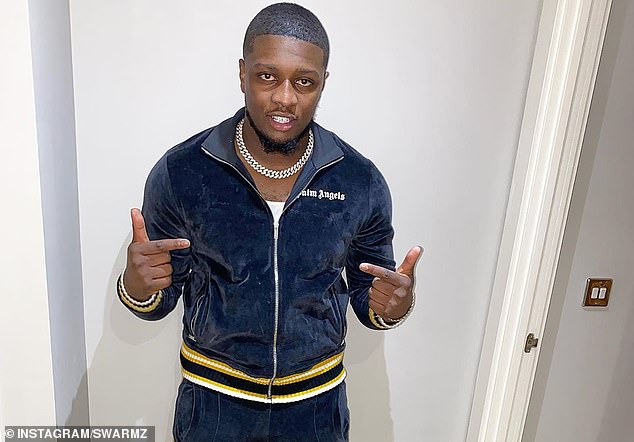 Rapper Swarmz (pictured) was involved in the incident which took place in Northumberland Avenue, a 20mph zone near Trafalgar Square, on Sunday

A YouTuber named Freddie Atkins, who was at the scene and goes by the name TFJJ, posted on Instagram: ‘488 obliterated this afternoon in London by rapper @swarmz.

‘Driver and passenger thankfully both unharmed but car sustained quite some damage after a collision with a bus.’

Mr Atkins also said in a YouTube video of the incident that Swarmz had recently rented the Ferrari.

While the rapper was at the scene of the crime, these allegations over whether he was driving the car have not been confirmed.

The Ferrari suffered serious damage to its front bumper, headlights and windscreen, while the car’s airbags were also deployed 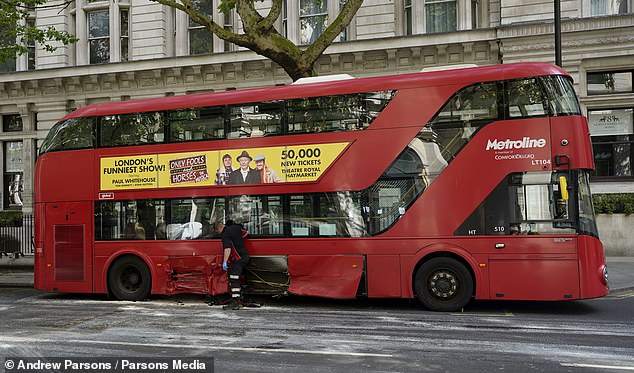 The right hand side of the route 91 London bus (pictured), which travels on a route from Tottenham road in north London to Trafalgar Square, was damaged by the collision 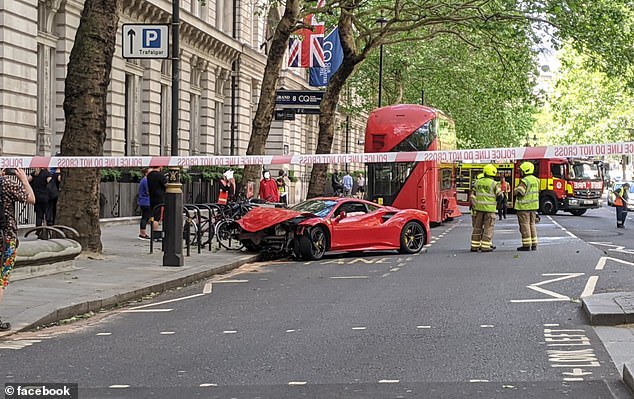 Police, the fire brigade and ambulance services were called to the scene to deal with the incident, with street cleaners also needing to clear up the mess

There have also been no reports of any injuries as of yet, but some footage of the scene shows one person being looked at by medical professionals.

A bystander, who goes by the name ‘@DickieTicker’ on Twitter, said on social media that police, ambulance services and the fire brigade were called to the scene.

Street cleaners in Westminster were also called to clear up the mess.

Photographs from the scene showed the front of the Ferrari severely damaged, with the hood of the car almost completely separated from the rest of the vehicle. 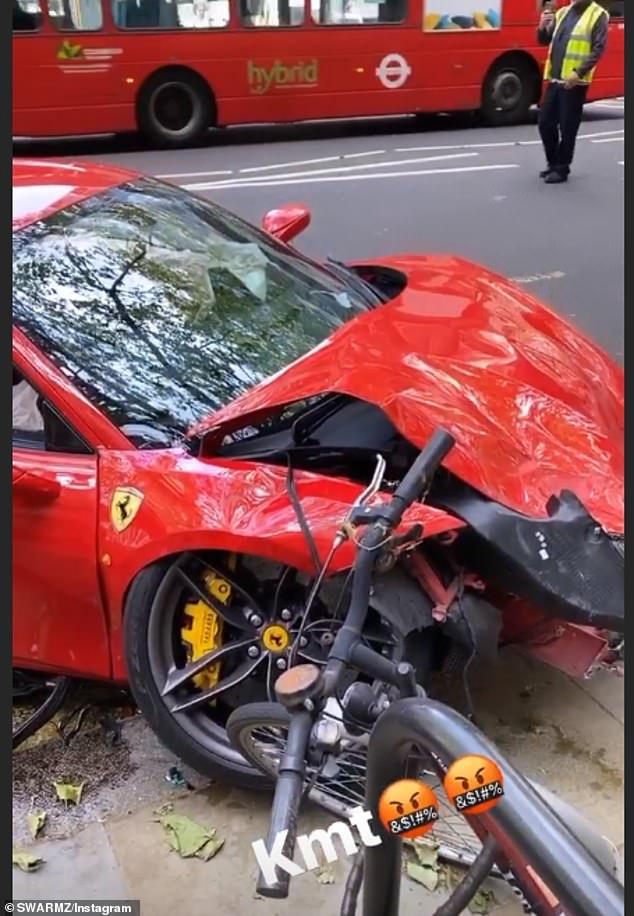 The front bumper of the sports car, including its headlights, had been detached from the sports car following the collision, while the airbag behind the steering wheel had also burst out.

Meanwhile, the right hand side of the London bus was badly damaged in the incident.

Under the Vision Zero project created by Mayor of London Sadiq Khan, Transport for London and the Metropolitan Police in March, all central London roads managed by TfL in the Congestion Charging Zone have a 20mph speed limit.