It could be time to raid those piggy banks and check under the sofa, with four circulating 2019 10p coins that are rarer than most selling for more than a 100 times face value online.

The coins, which depict an A-Z of what makes Britain great, are the second such batch after the launch of the series in 2018 by the Royal Mint.

However, the 2019 set has a smaller mintage figure with some struck just 63,000 times, making them three times rarer than the fabled Kew Gardens 50p coin that can now sell for up to £175.

Coin hunt: The 2019 A-Z of 10p coins are far rarer than the set from a year earlier – and even the fabled Kew Gardens 50p

The coins in question are R for robin, W for web (world wide web), Y for yeoman and Z for zebra crossing.

They are increasingly sought after by coin collectors and enthusiasts, and are often found selling for between £10-£16.

The UK’s scarcest A-Z 10p coins in circulation were revealed by Change Checker’s latest index giving collectors and dealers a better indication of which coins may be most sought after.

‘It looks like there are some particularly rare ones we should be looking out for,’ said Alexandra Siddons, content executive, at Change Checker.

‘When you compare that to the rarest 50p in circulation, the Kew Gardens 50p, which has a circulating mintage of 210,000, it puts into perspective just how rare these 10p coins are.’

As the name suggest, the coin was minted to celebrate the World Wide Web, invented by English scientist Tim Berners-Lee in 1989.

Taking an average of ten recently sold coins on eBay, they are selling for around £10. 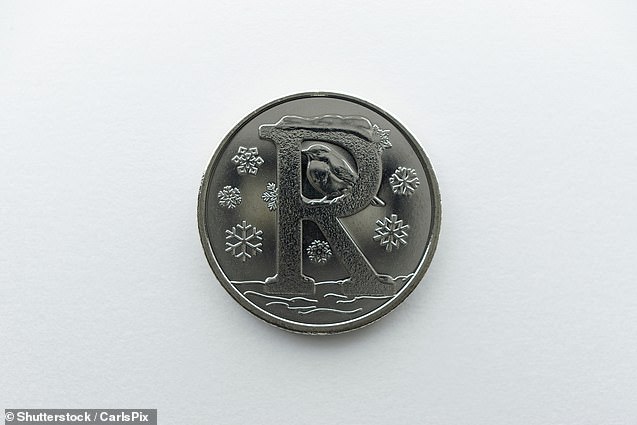 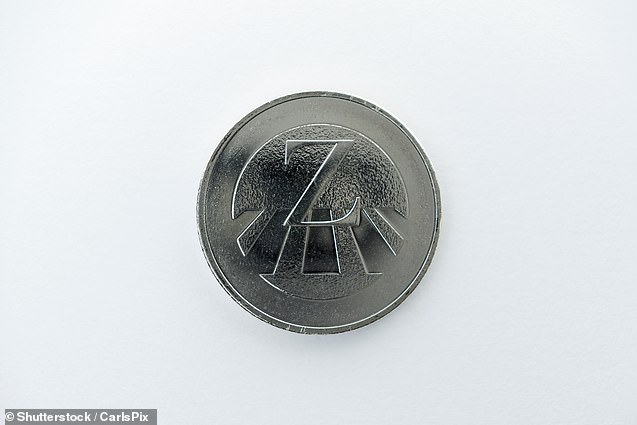 This coin celebrates the ceremonial guardians of the Tower of London, who are responsible for looking after any prisoners and for safeguarding the British Crown Jewels.

Taking an average of sold prices advertised on eBay, they are selling for around £9.60. 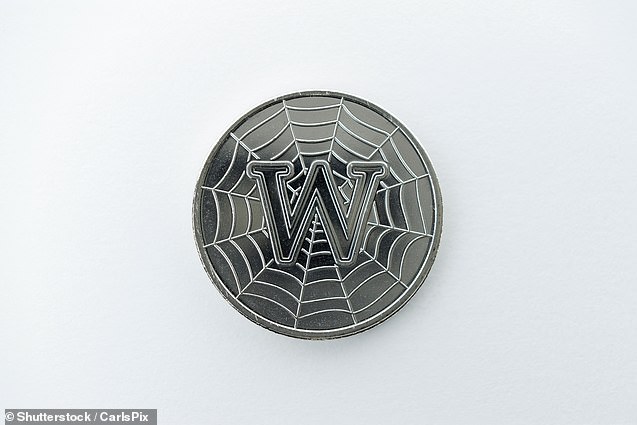 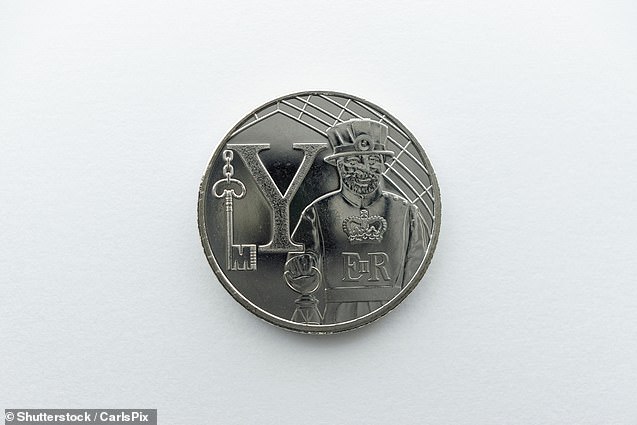 It was minted to celebrate M.P. James Callaghan’s iconic black and white pedestrian crossing which has adorned Britain’s roads since 1949.

Taking into account sold prices on eBay, these are reaching around £16. The highest of the four. 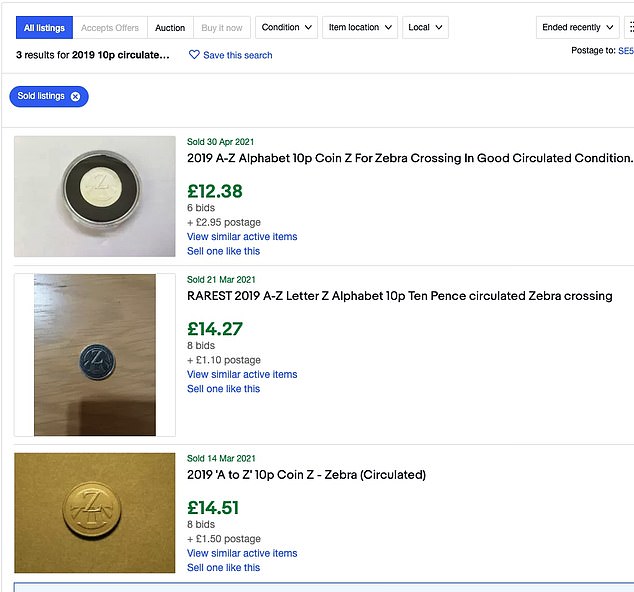 A brief search on ebay The Z – Zebra Crossing 10p coin provides an indication of how much these coins can fetch on the open market.

Finally, the 10p R – Robin, featuring a Robin inside the letter ‘R’, surrounded by snowflakes, minted to celebrate one of the UK’s best loved native birds.

These are currently averaging around £7.50 on the online marketplace.

The other coins in this set currently sell for far less than this, but still at a premium when you consider at face value, it is worth just 10p.

Why are these coins not as expensive as the Kew Gardens 50p if they are so much rarer?

A recent search on eBay showed a Kew Gardens 50p sold for £175 after a seven-day bidding war between six buyers. 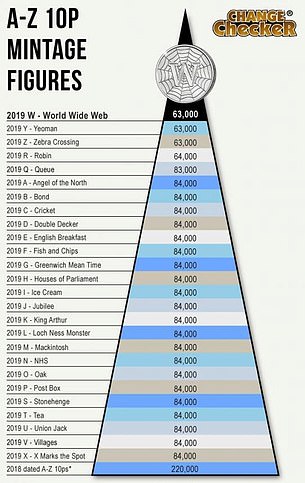 But experts warn that scarcity does not necessarily equate to a higher price.

‘It’s showing how often these things appear in change – that does not necessarily correlate with value.’

‘If you look at the rarest 50p coin, the Kew Gardens coin, that’s regularly fetching £80.

‘With only 63,000 or 64,000 of each of these 10p coins minted, we are looking at very low mintages, but unlike the Kew Gardens 50p, they make up a set, so you have to ask whether you want them all together rather than just individually.

‘Because they are part of a set you can’t immediately make the correlation that due to their low mintages they’re going to be valued higher.’

How do you decide what your coin is worth?

Change Checker’s scarcity index can provide you with an indication of how sought after your coin might be.

Using eBay’s sold listings you will be able to get an indication of the actual price your coin is selling for on the open market, not just the prices sellers are listing them for.

‘There are an awful lot of people who’s first point of call will be eBay but they won’t actually realise they might be able to buy it for cheaper direct from a dealer or a Royal Mint distributor for example,’ warns Mussell.

However, that said, many collectors like to obtain circulated coins.

For those looking to bank a profit on their spare change by selling some of these rare coins, Coin dealers, auction sites, Facebook coin groups and eBay are the best places to start.

If you can afford to be patient then there is no harm in listing one of these coins on eBay for as much as £20, according to Mussell.

‘On any given day, one might end up selling for a lot more than it might otherwise have done, perhaps because someone out there is desperate to complete their set and is willing to pay a premium for the pleasure.

‘There are a lot of people out there who are desperate to complete their collections and they will pay an awful lot of money in order to do so.’

With less cash switching hands at the moment, there is a lower chance of one of these coins ending up in your change.

But due to this, demand may be rising online according to Mussell, who advises coin hunters to be cautious when buying on eBay and to always shop around.

‘My advice is to be cautious and don’t necessarily believe some of the prices out there,’ said Mussell.

‘Just because something is on eBay and is being offered for a certain price does not mean it sells for that price.

‘Check as many sites as possible and shop around – just because you see something for sale on one website for a particular price does not mean you won’t be able to find it selling for cheaper elsewhere.

‘Before you press that ‘”buy now button” think and shop around – you may find one of these coins selling for £10 in on one website and as little as 50p somewhere else.’