By Jay Jorgensen And Manoah Browman

Her beauty is legendary, but Grace Kelly was never handed success because of her looks. In fact, starting out, she dressed dowdily at auditions, while her early photographs were unremarkable. Many of those photos, plus many revealing and rarely seen images, candid on-set pictures and test shots, can be seen in a new book, Grace Kelly: Hollywood Dream Girl.

A WINDOW INTO HER SOUL: Grace Kelly poses seductively in a nightgown for a scene from Rear Window (1954). By casting her as the overtly sensuous Lisa Fremont, Alfred Hitchcock transformed the seemingly cool, restrained Kelly into a sex symbol. Co-star James Stewart later said: ‘We were all so crazy about Grace Kelly. Everyone just sat around and waited for her to come in the morning, so we could just look at her, me included’

Born into a wealthy family in Philadelphia, she failed for two years to win a role on Broadway. But she did find work in TV before being cast opposite Clark Gable in Mogambo. Filming in Uganda, she fell in love with the screen legend old enough to be her father. Her relationship with Gable established a pattern in romances with older co-stars. On Dial M For Murder, she was courted by Ray Milland. She also had a fling with William Holden before receiving a marriage proposal from Bing Crosby.

In 1954 Alfred Hitchcock’s Rear Window created the glamour girl we know today, while the following year the director made her a star in To Catch A Thief. Yet just as Kelly became queen of Hollywood, her film career came to end, as in May 1955 she met Prince Rainier of Monaco: they married the following year. But life in Monaco wasn’t the fairy tale she might have imagined. Asked in 1966 if she was happy, she said: ‘I’ve had many happy moments in my life… I suppose I have a certain peace of mind.’ Then, in 1982, she died in a car crash. Nearly 100 million people watched her funeral on TV. 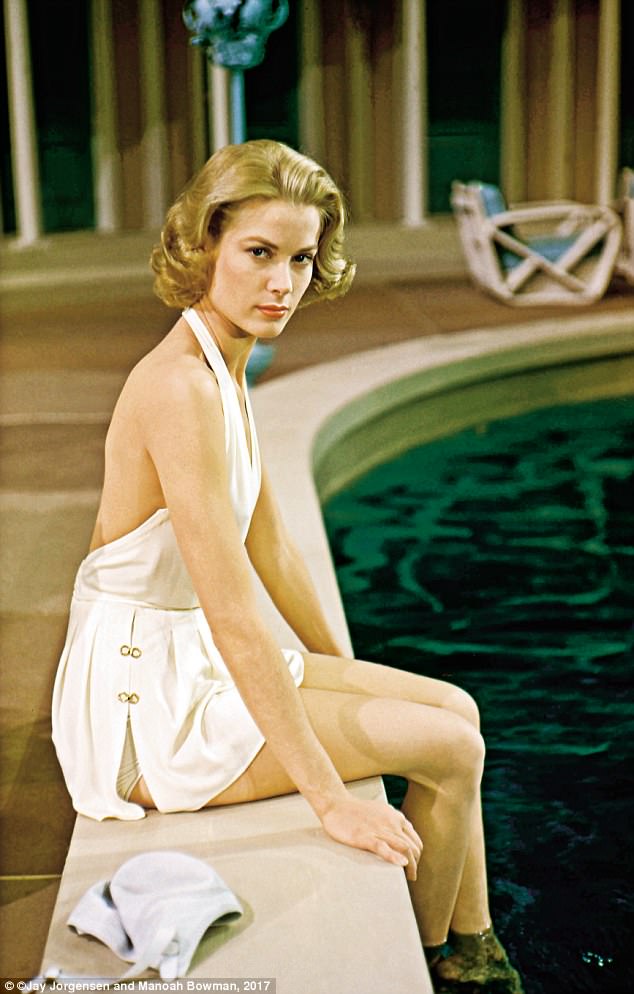 ABOUT TO TAKE THE PLUNGE: Gracy Kelly styled like a goddess for the swimming pool scene in High Society (1956), her final film. ‘Before we all knew it, she was gone,’ remembered film legend James Stewart. ‘She could have called the shots from then on,’ said actress and childhood friend Judith Balaban Quine. ‘Hollywood would have done anything she wanted, but she fell in love and she said, Bye’ 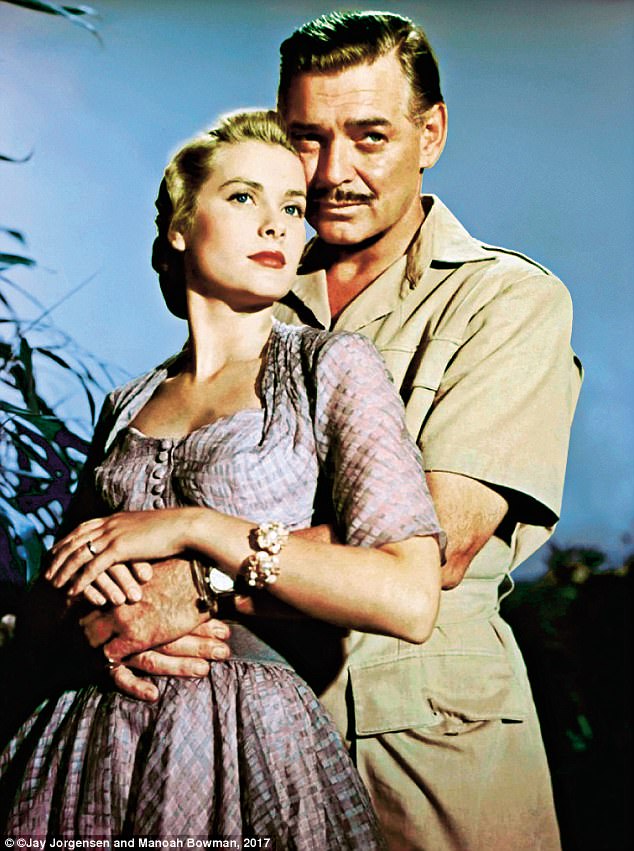 MIND THE AGE GAP: Kelly with Clark Cable in Africa, making Mogambo (1953). Gable ended the relationship once they had finished filming. She felt hurt and betrayed but perhaps, as Judith Balaban Quine said later, Gable was being cruel to be kind: ‘A friend of Gable’s told me that he had been seriously in love with Grace, but had determined that they should part as he believed their age difference would bring them unhappiness’ 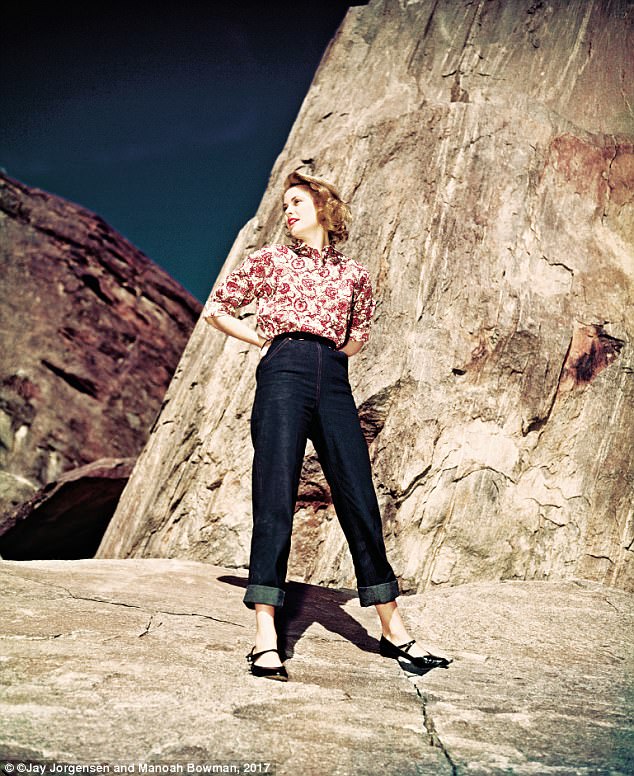 CALLING CARD: A publicity photo by Paramount photographer Bud Fraker. She had been cast for High Noon (1952) on the strength of a small photograph. But then, as its director Fred Zinnemann commented: ‘The role was not demanding. We simply needed an attractive, virginal-looking and inhibited young actress’ 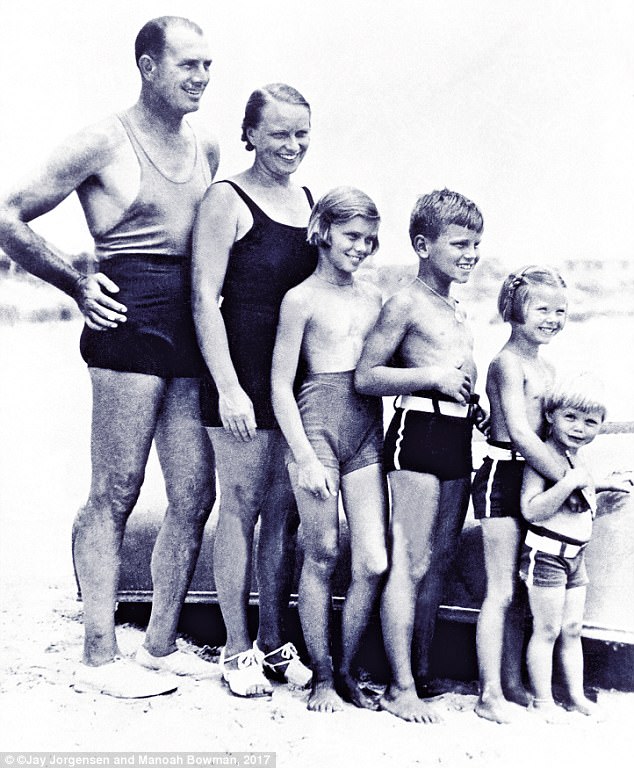 SECOND BEST: Grace (second from right) lines up at the Jersey shore in 1935 with father John, mother Margaret, sister Peggy, brother John Jr and sister Lizanne. Grace idolised her athletic father, who in turn thought Peggy was the daughter who would go on to be a star, rather than the introverted Grace 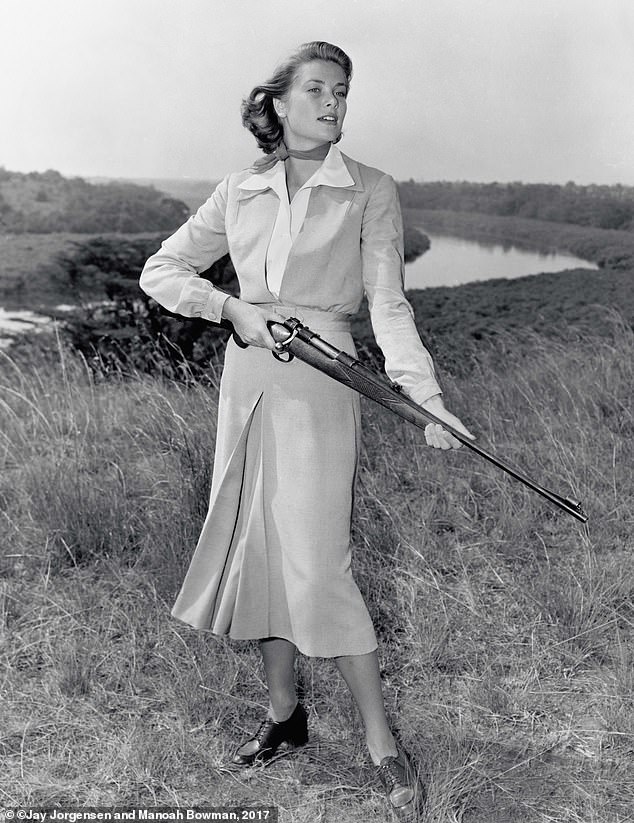 HIT ME WITH YOUR BEST SHOT… Kelly in her role as a big game hunter in Mogambo, filmed in Africa. Largely due to the local water being unsuitable to drink, all the cast, including Clark Gable, Ava Gardner and her visiting husband Frank Sinatra, drank alcohol heavily. Kelly ‘was never much of a drinker’ recalled Gardner, ‘though she tried hard. Her little nose would get pink, she’d get sick and we’d have to rescue her’