Pan Am flights to Britain and railway journeys to the Malverns: Rare vintage travel posters to entice US tourists to the British Isles are set to fetch thousands at auction

Vintage travel posters designed to lure US tourists to the British Isles in the early 20th century are set to fetch thousands at auction.

The rare posters, which date back to 1914, are set to go under the hammer at Swann Auction Galleries in New York on November 14 in its Rare & Important Travel posters sale.

Many of the posters were designed by well-known artists and show off a range of British attractions from Trooping the Colour in London to Shakespeare’s birthplace of Stratford-upon-Avon.

Others depict the likes of the Malvern Hills, the charming town of Royal Tunbridge Wells and a processional scene in London advertising Pan American World Airways. The earliest poster is a strikingly graphic view in green, promoting Box Hill in Surrey and the local bus route. 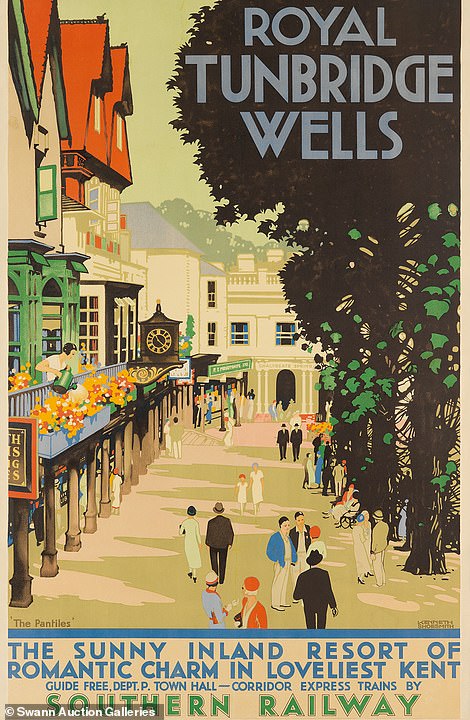 A poster, left, by Mark von Arenburg encouraged tourists to fly to Britain by Clipper on Pan Am Airways in 1948. It is expected to fetch up to $1,500 (£1,168). Pictured right is a poster from 1939 by Kenneth Shoesmith for Southern Railway promoting the town of Royal Tunbridge Wells. It is expected to be sold for up to $1,000 (£778) 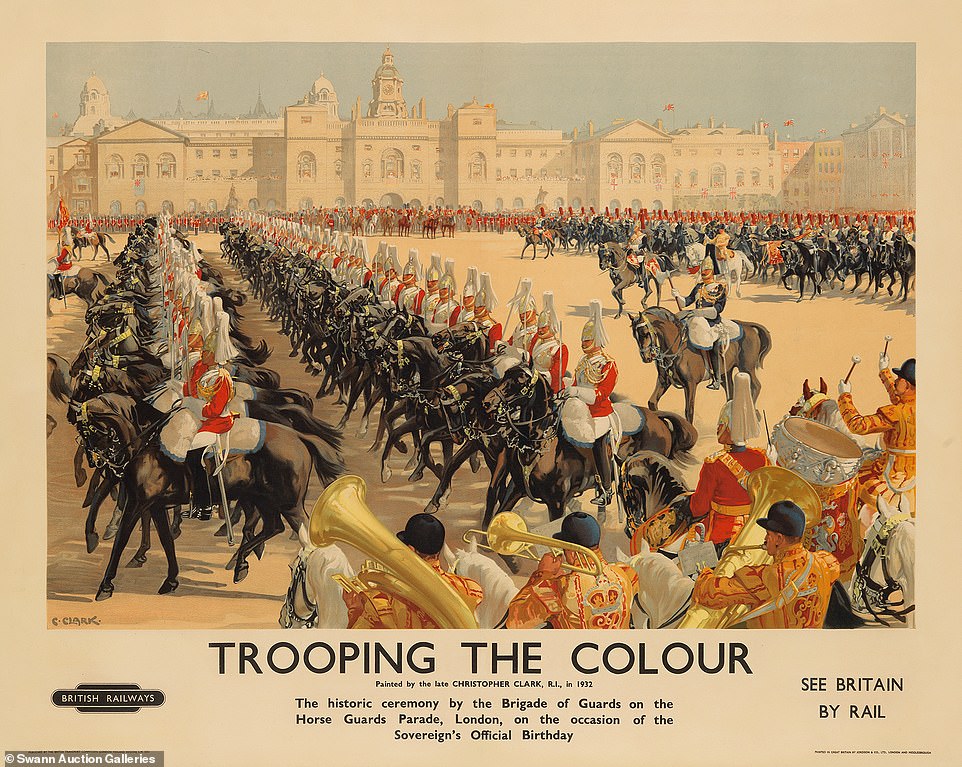 The artist Christopher Clark created this poster in 1955 showing a scene from Trooping the Colour, advertising British Rail. It is expected to fetch up to $1,800 (£1,400) 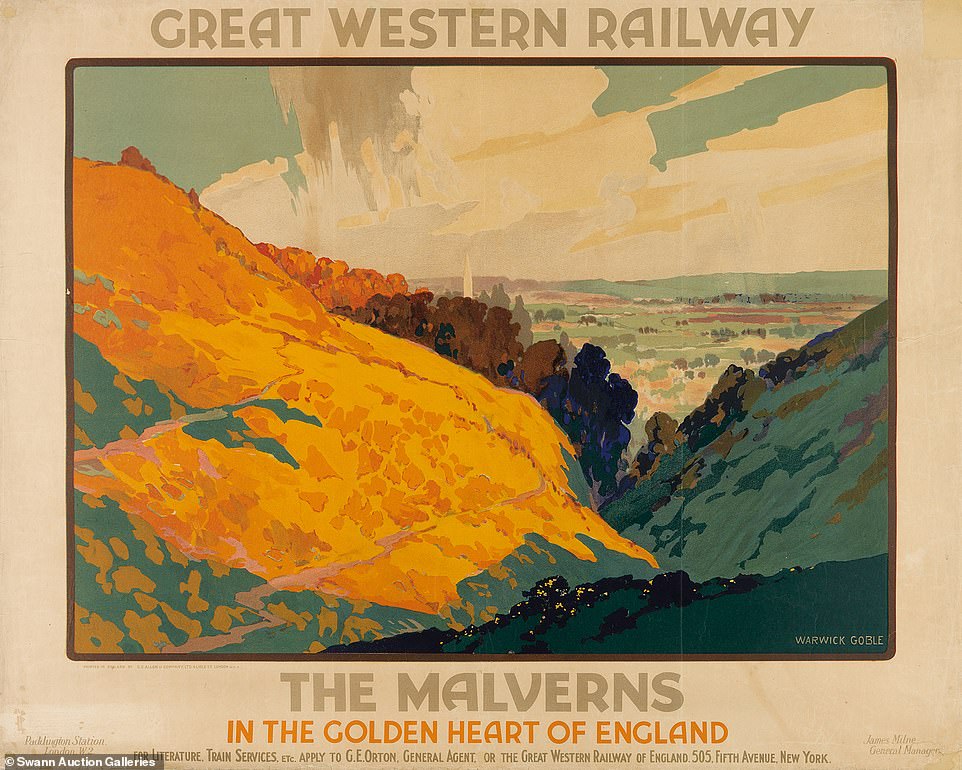 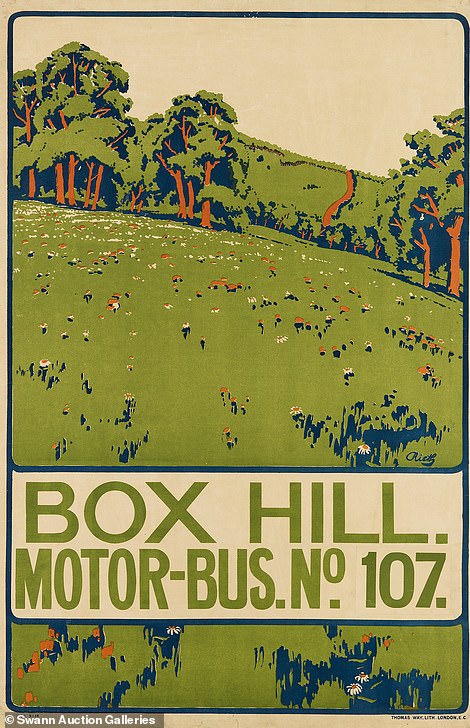 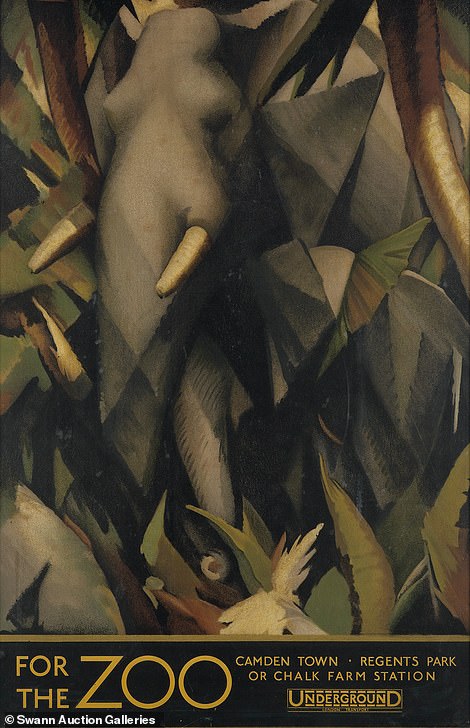 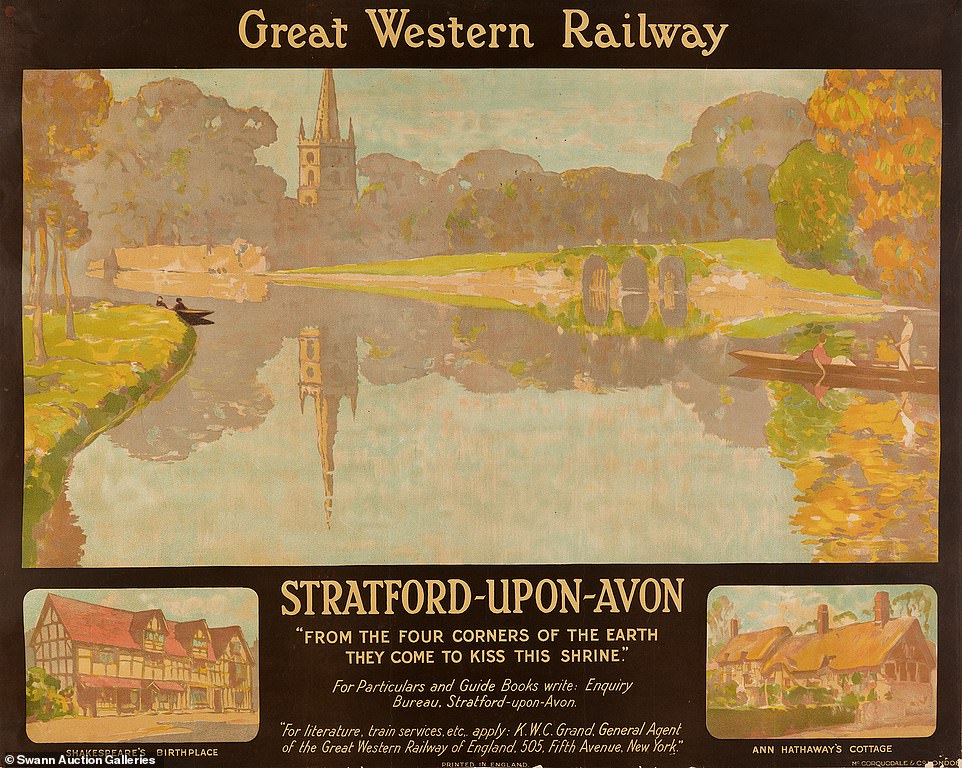 A poster by Gyrth Russell from the 1930s promoting Great Western Railway and Shakespeare’s birthplace Stratford-upon-Avon. It is estimated to sell for up to $1,500 (£1,168) 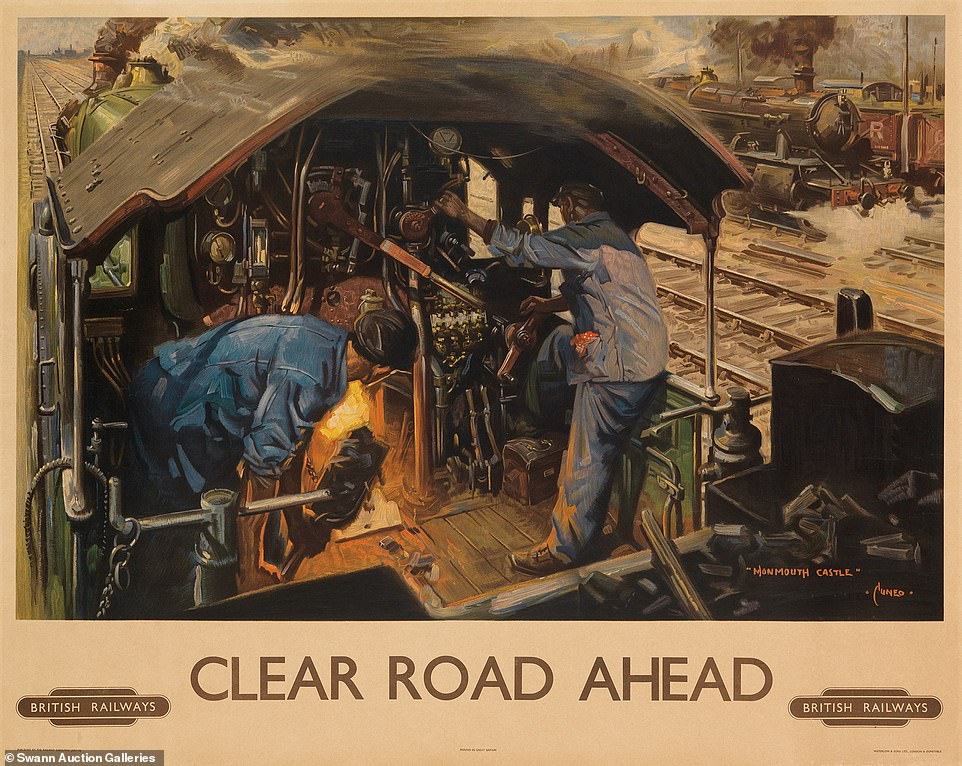 Terence Cuneo, who was appointed as the official artist for the Coronation of the Queen designed this poster for British Rail in 1949. It has an estimated price of $2,000 (£1,556) 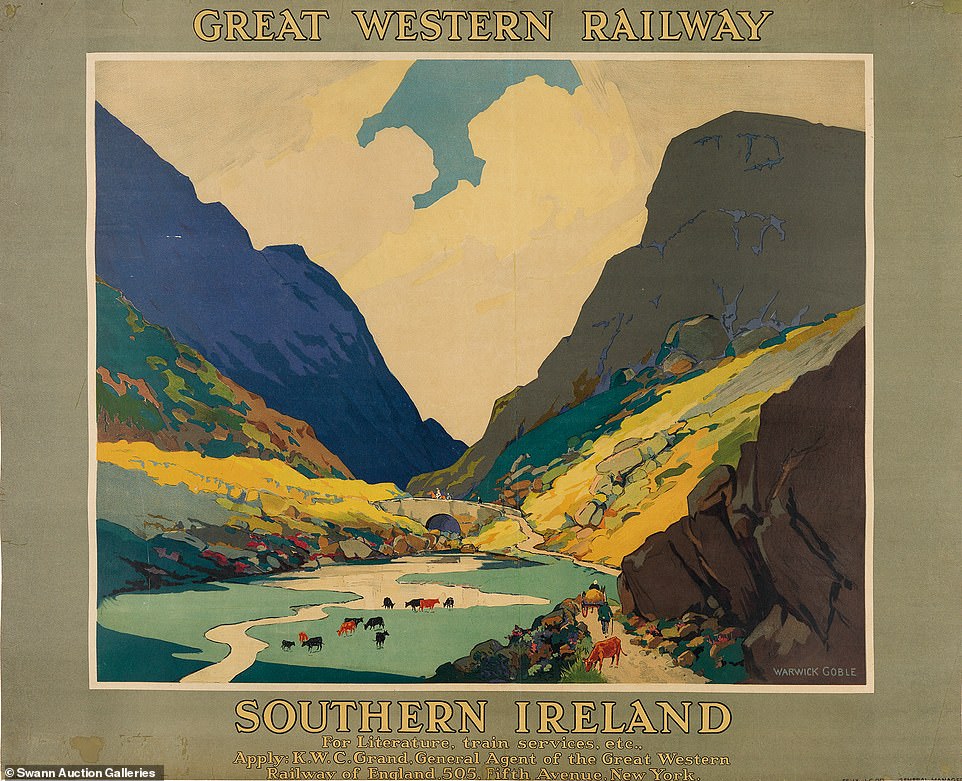 A poster by Warwick Globe showing Southern Ireland in 1928. It promoted Great Western Railway. It is estimated to sell for around $1,500 (£1,168)