Rate of breast cancer deaths has dropped 40% since 1989

The term breast cancer refers to a malignant tumor that has developed from cells in the breast tissue.

Typically the disease begins in the cells of the milk-producing glands, or the ducts – the passages the drain milk to the nipple.

Over time, cancer cells can invade nearby healthy breast tissue, and make their way to the lymph nodes in the underarm.

If cancer invades the lymph nodes, the disease has a pathway into other parts of the body, allowing its spread.

When a person is diagnosed with cancer, of any form, they are staged – a process by which doctors judge the severity of the disease.

The term ‘breast cancer’ refers to a malignant tumor that has developed from cells in the breast tissue. Over time, cancer cells can invade nearby healthy breast tissue, and make their way to the lymph nodes in the underarm, allowing the disease to spread to other parts of the body

Breast cancer’s stage refers to how far the cancer cells have spread beyond the original tumor.

Breast cancer is always triggered by a genetic abnormality – a ‘mistake’ in the genetic material.

However, in just five to 10 percent of cases, breast cancer is caused by an abnormality inherited from a parent.

In the majority of cases the disease is caused by genetic abnormalities that are the result of the aging process, and general ‘wear and tear’.

Shannen Doherty’s breast cancer was described as being ‘invasive breast cancer metastatic to at least one lymph node’, according to court documents.

The 44-year-old’s diagnosis was revealed in the papers, filed as part of a lawsuit against her former business manager.

The Beverley Hills 90210 star claims her former business manager allowed her health insurance to lapse, during which time the star said she didn’t regularly visit doctors.

Doctors reportedly told the star her cancer had spread during 2014, while she was uninsured.

As a result, the Charmed actress, claims had she been insured during that time she would have visited a doctor, and her cancer would not have spread so far before it was detected.

Describing breast cancer as being metastatic suggests the actress’s disease has spread, possibly beyond the one lymph node described in the court documents.

Around one in eight American women will develop breast cancer over the course of their lifetime. 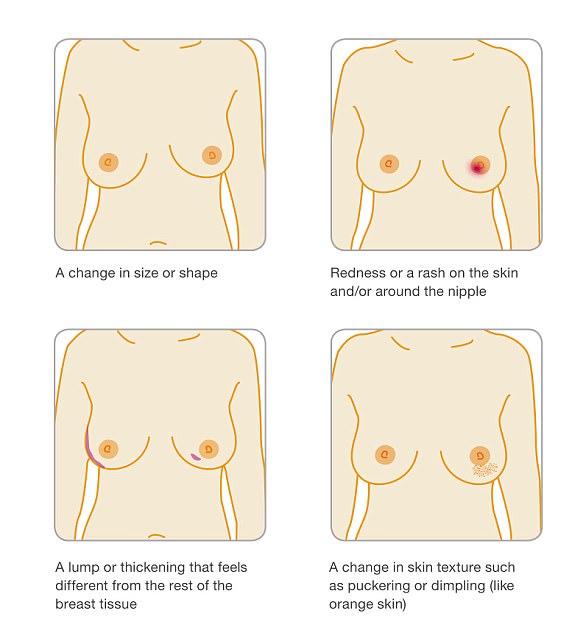 There are eight key signs of breast cancer, including a change in size or shape, redness or a rash on the skin, a lump or thickening and a change in skin texture, such as puckering or dimpling 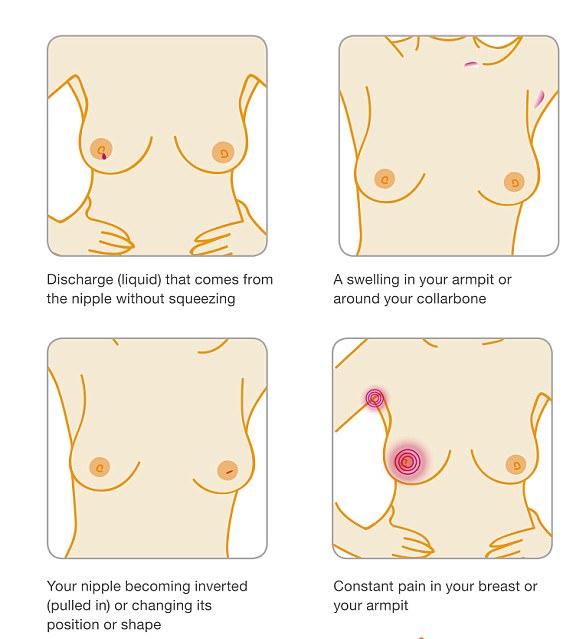 Furthermore, women should check for discharge from the nipple, a swelling in the armpit or around the collarbone, an inverted nipple and constant pain in a breast or armpit

Though death rates have been decreasing since 1989, around 40,450 women in the US lose their lives each year to the disease.

For American women breast cancer death rates are higher than those for any other form of the disease, other than lung cancer.

Furthermore, the disease is the second most common form of cancer diagnosed in women – behind skin cancer.

A woman’s risk of being diagnosed with breast cancer almost doubles if she has a first-degree relative – a mother, sister or daughter – who has been diagnosed with the disease.

However, the most significant risk factors for the disease are being female, and age, growing older.