Police officer fatally shoot people 70 per cent less often when they are black and not white, according to a shocking study.

The study – which has not yet been published – analyzed data from 60 cities between 2015 and the first half of 2020 also found that Latino-led police forces report lower statistics for fatal police shooting.

‘A lot of people will talk about training and the racial makeup of officers,’ Stephen Wu, the author of the study, explained to TIME. ‘It’s not just about the overall police force. Leadership matters.’

Wu is an economics and professor at Hamilton College in New York, who has written extensively on how economic and social factors affect human behavior and well-being. 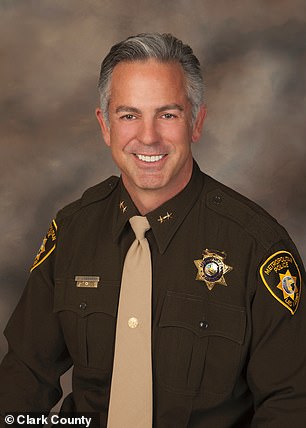 A recent study found that fatal police shootings happen at a rate of 70 per cent lower in cities with black police chiefs versus ones with white police chiefs. The study – which has not yet been published – analyzed data from 60 cities between 2015 and the first half of 2020 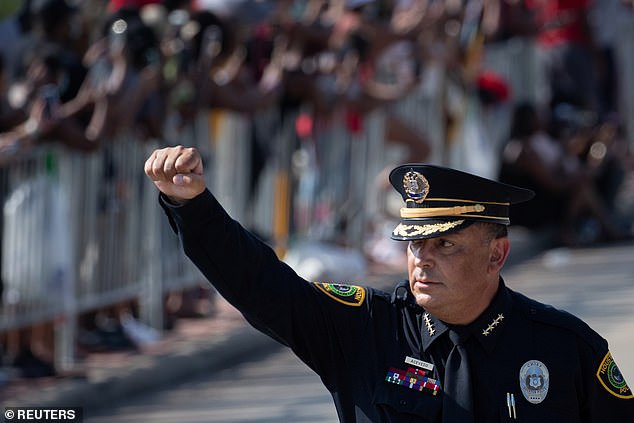 Wu’s research does not include data on deaths by police that did not involve guns, but it does suggest that diversifying the highest level of law enforcement looks like a way to reduce fatal killings.

He used the Washington Post’s database on lethal shootings done by on-duty cops, analyzing incidents between January 1, 2015 and June 1, 2020 in each of the cities and generated per-capita rates using the 2020 Census Bureau estimates. 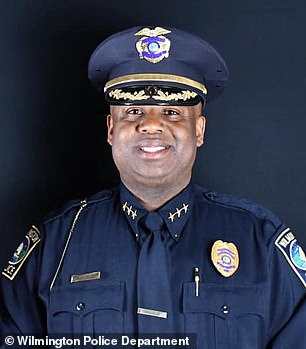 Earlier this month, Donny Williams (pictured) was named chief of the Wilmington Police Department in North Carolina after the former chief retired

Wu did account for other factors, including differences in crime rates across cities, the racial makeup of police departments and leadership turnovers that took place before June 1.

‘That was a pretty striking finding,’ he said.

Lexington, Kentucky, had the lowest per-capita rate of fatal police shootings of zero in the last five years. They are led by a black police chief, Lawrence Weathers.

In Las Vegas, where the highest per-capita rate is, the Clark County sheriff – Joe Lombardo – is white.

Andrew Walsh, Deputy Chief at the Las Vegas Metropolitan Police Department, felt that the analysis ‘may be flawed’ because it did not take into account the number of tourist and visitors that come to the city.

Walsh also added that deadly force was used as a last resort, when officers were making life-threatening decisions. 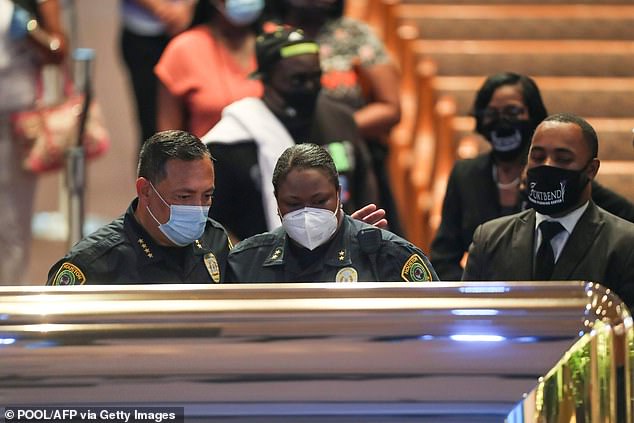 ‘We recognize the need for this conversation, and our agency is not perfect,’ Walsh said, ‘but there are citizens and officers who are alive today because a police officer had to make the decision to use deadly force.’

While Wu conceded that he did not take annual visitors into account when he was analyzing the data, but added that would not deter the overall findings from the study.

‘Las Vegas has many tourists, but so do many other cities,’ he added. 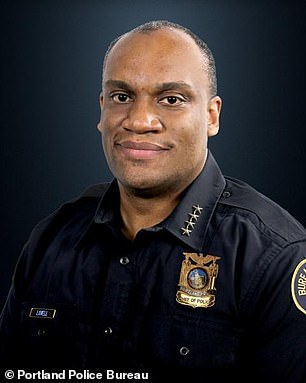 Chuck Lovell, a former lieutenant, was promoted to Police Chief for the Portland City Police Department on June 11

Wu’s study joins the chorus of advocates calling for change in the police departments. Increased calls to defund and dismantle the police have erupted across the country as Americans protest police brutality following the May 25 killing of George Floyd.

For National Black Police Association Chair Sonia Pruitt, police department culture is heavily influenced when under the leadership of a person of color or someone from a minority community.

‘Leadership tends to be top-down,’ Pruitt added. ‘Black chiefs, they generally come from communities where we’re having the most conflict, so there’s some understanding of the issues.’

Pruitt stressed, however, that minorities still remain underrepresented in many police forces across the United States.

Systemic racism is the reason several department still have a ways to go when it comes to their lack of diversity within all levels of the police force, Pruitt explained. She represents 80,000 police officers in the U.S., U.K. and Canada.

‘Minority officers are woefully underrepresented in police departments around the country,’ she said. ‘It’s doing a huge disservice to the country.’ 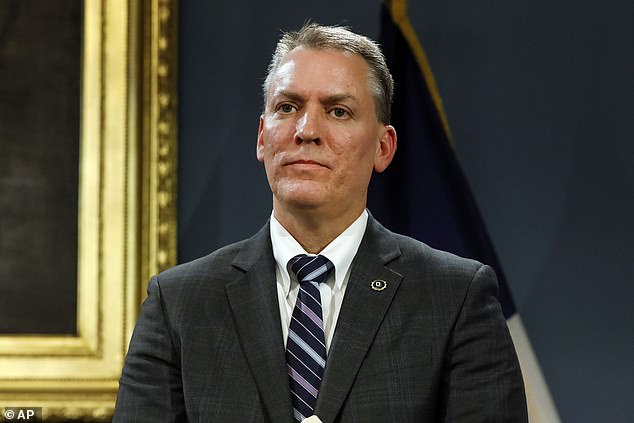 For the country’s largest police force, the New York Police Department, a white police commissioner has held the reigns since 1992. Dermot Shea is the current commissioner