Viewership for the second round of Democrat debates in Detroit, Michigan Tuesday substantially dropped from the first debates last month.

During the first night of debates on June 26, 15.3 millions viewers tuned into the broadcast from Miami, Florida, but on Tuesday night, early Nielsen Media Research data shows approximately 10 million people watched the first night of the two-night event.

The Miami debates were hosted by NBC and were broadcasted on the network as well as MSNBC and Spanish language network Telemundo, which is owned by NBCUniversal.

The Detroit debates are hosted by CNN and broadcast solely on the network. 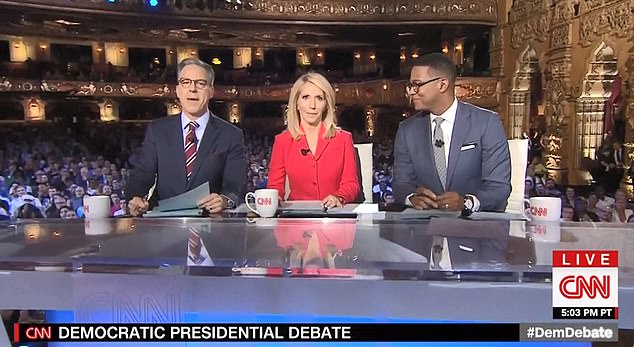 Tuesday’s debate, which was hosted by CNN with moderators Jake Tapper, Dana Bash and Don Lemon, brought in short of 10 million 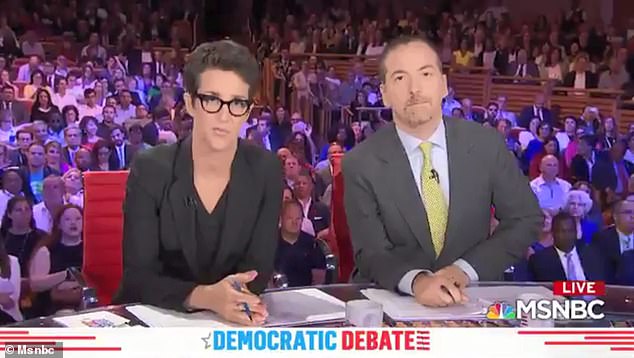 The first night of last month’s Miami debates, which played on NBC, MSNBC and Spanish language channel Telemundo, had 15 million viewers. The first round of primary debates had two different moderator panels, one included Rachel Maddow and Chuck Todd (pictured)

Both debates were organized in relatively the same manner: with a two-night event with 10 candidates, randomly selected, appearing each night.

The first night of the June debates blew the first night of July debates out of the water, even though the stage on June 26 was seen as the B team – absent of both front-runners Joe Biden and Bernie Sanders.

The second night in June saw a boost to 18.1 million viewers.

On Wednesday night Biden will take the stage in Fox Theater with Senators Cory Booker and Kamala Harris on either side of him. He is likely to face heat from the only two black candidates over his track record on race issues.

Although Biden was vice president for the nation’s first black president, he recently praised his relationship with late pro-segregationist lawmakers and faced questions on his previous anti-bussing stance to integrate schools.

Tuesday night’s debates, other than only being broadcasted on one network, also received competition from ABC, which was airing the finale of the reality show The Bachelorette, which has a cult-like following.

NBC’s America’s Got Talent, which regularly rates well, also competed with the debates. 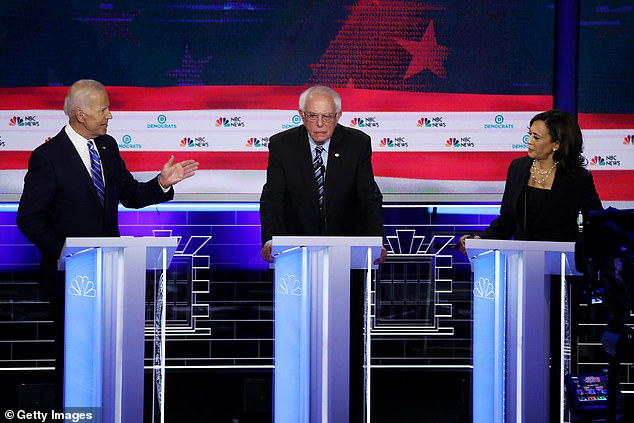 Notably, the second night of the Miami debates received a boost, with 18.1 million viewers, as front-runners Bernie Sanders and Joe Biden took the stage that night 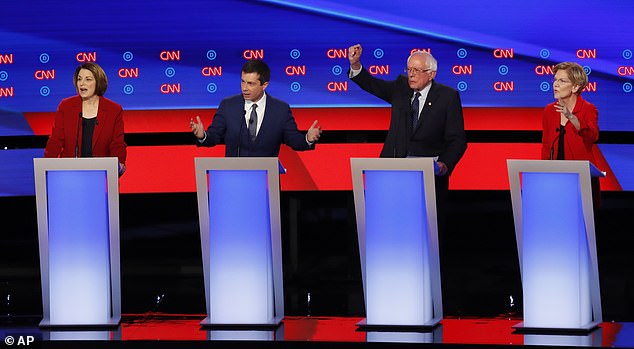 On Tuesday night, the 10 Democrats on stage also had to compete with the season finale of reality show The Bachelorette, which has a cult-like following, and an episode of the popular talent contest America’s Got Talent 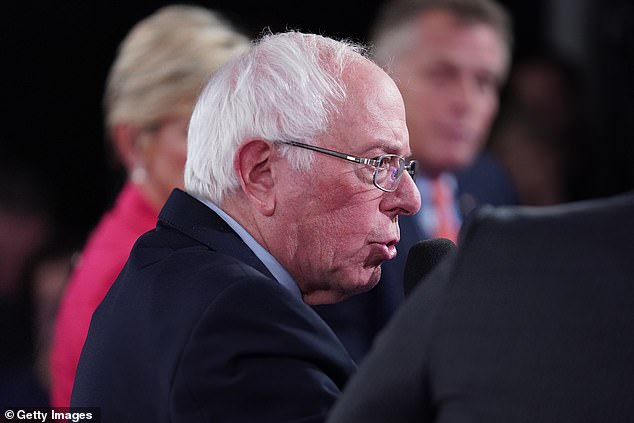 It is likely that CNN will see an uptick in viewership on Wednesday night without the popular competing shows.

Still the most watched primary debate in TV history happened for Fox News in August 2015, which featured Donald Trump. The debate was held in Cleveland, Ohio and garnered 24 million viewers.

Despite the attacks during the last debates from Harris, Biden is still holding a commanding lead among the average of all major polls.

The RealClearPolitics average has the former VP with 32.2 percent support, even though a Quinnipiac University Poll following the June debates showed him slipping to only 22 per cent support after regularly polling in the mid-30s to low-40s range.

Harris, who boosted to 20 per cent after the first debates, where she was lauded as the second night’s winner, is in fourth with 11 per cent support.