Raul Jimenez is in line to start for Wolves at Watford on Saturday after FIFA held talks with Mexico to clear the striker to play.

Mexico had asked FIFA to invoke their five-day rule – which stops players representing their clubs if they do not respond to international call-ups – after Jimenez opted not to travel for their World Cup qualifiers against Panama, Costa Rica and Jamaica.

That would have kept Jimenez out of the Premier League clash at Vicarage Road but Wolves boss Bruno Lage can now select him after FIFA persuaded Mexico to withdraw their complaint, after initially discussing the matter with Wolves. 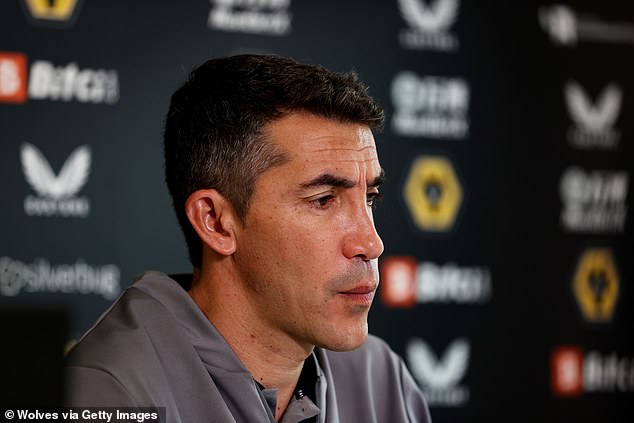 ‘It’s the best decision for everyone as the fans want to see the top players on the pitch,’ said Lage. ‘The best thing for us now is to see what happens in the next month before the international break in October.

‘The people in charge of the federations will arrange a good solution for everyone. We have a month to understand what is going to happen.’

Jimenez’s availability is a boost for a Wolves side who have still yet to put a point on the board this season, after three successive defeats to Leicester, Tottenham and Manchester United. 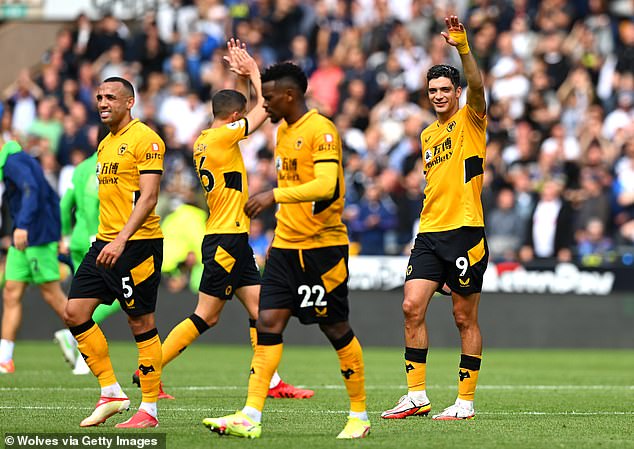 Wolves played well for parts of every game but failed to turn their chances into goals. Lage added: ‘If we keep creating chances, the goals will come.’

With Jimenez in the team, Lage’s prediction has a better chance of coming true. The 30-year-old is not yet back to his best after the fractured skull last November that put his career in jeopardy, but he is still comfortably Wolves’ best centre-forward.

Lage said: ‘It’s a good decision from everyone, especially Mexico. We are thankful we can use Raul. These are difficult times but we have to understand that the best players from all teams should be on the pitch.

‘We are very happy to receive that news and we are thankful for Mexico’s decision to help us. We want to see the best players from Watford and also from our side.’