Rav Wilding ‘joins his brothers and sisters in the trenches’

Crimewatch host goes back on the beat: Rav Wilding ‘joins his brothers and sisters in the trenches’ by making his return to the Metropolitan Police amid the coronavirus pandemic

Crimewatch presenter Rav Wilding will join his ‘brothers and sisters in the trenches’ by making his return to the Metropolitan Police amid the coronavirus pandemic.

The TV presenter, 42, who has hosted the real-life crime show since 2004, will ‘dust off the cuffs’ to join his fellow officers as the country continues to control the spread of Covid-19 which has now claimed the lives of 31,855 people across in the UK.

The announcement comes as the Prime Minister Boris Johnson today set out a tentative three-stage ‘exit plan’ and urged the country to return to work in a TV address to the nation from Downing Street.

In a heartfelt message on Instagram today Wilding, who will return to the police force exactly 20 years after first joining up, wrote: ‘This is a time when we must come together collectively, and have all hands on deck. 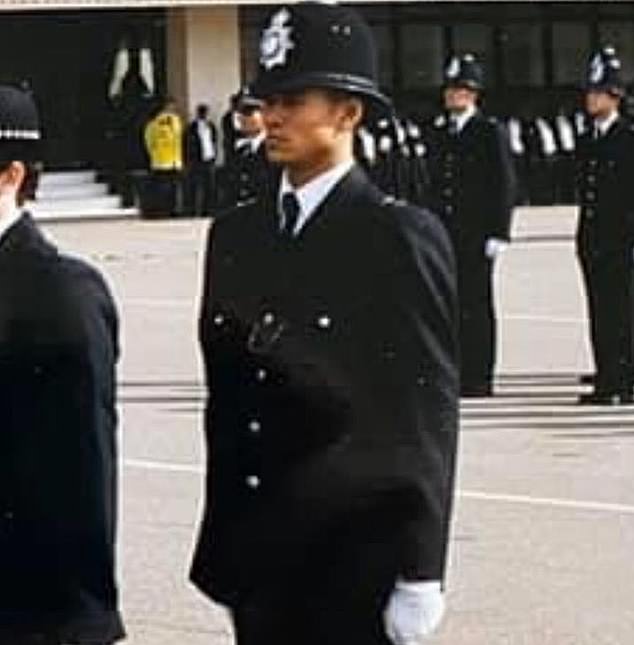 The TV presenter, 42, said he will return to the police force exactly 20 years after first joining up 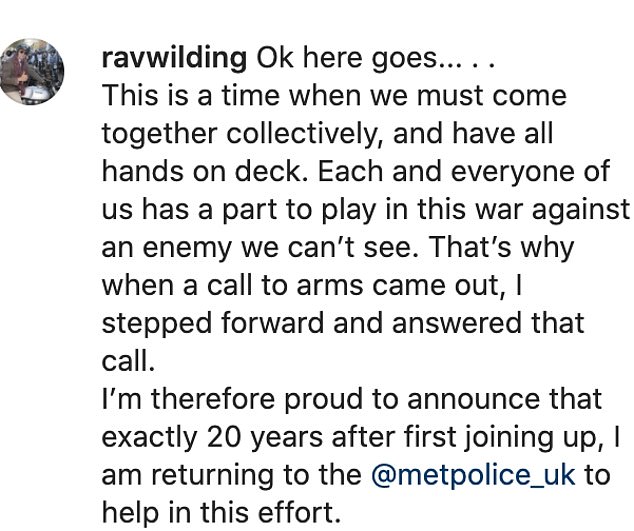 ‘Each and everyone of us has a part to play in this war against an enemy we can’t see.

‘That’s why when a call to arms came out, I stepped forward and answered that call. I’m therefore proud to announce that exactly 20 years after first joining up, I am returning to the @metpolice_uk to help in this effort.

‘I won’t completely disappear and will be back to host my shows Crimewatch Roadshow and ILL gotten gains later this year, two series that both highlight the great work the police do, but right now my focus is stepping up to this challenge and rejoining the emergency services.

‘I have the full support of my wife Jill, who despite being heavily pregnant and self-isolating due to this horrendous virus, has encouraged me to step forward join my brothers and sisters ‘in the trenches’, and face this head on.

‘Please keep in touch, I’ll keep snooping on your posts to see what you are up to and I’ll pop back in to remind you when the new shows are coming on.

‘Now though it’s time to dust off the cuffs and get to work.’ 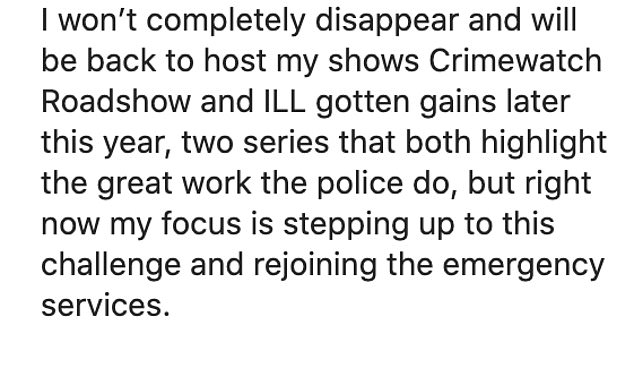 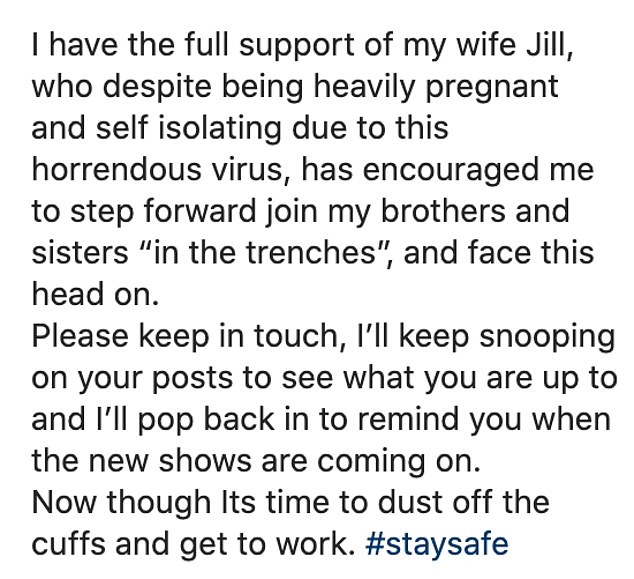 The officer, who also served in the army for four years, said it was time to ‘dust off the cuffs’ 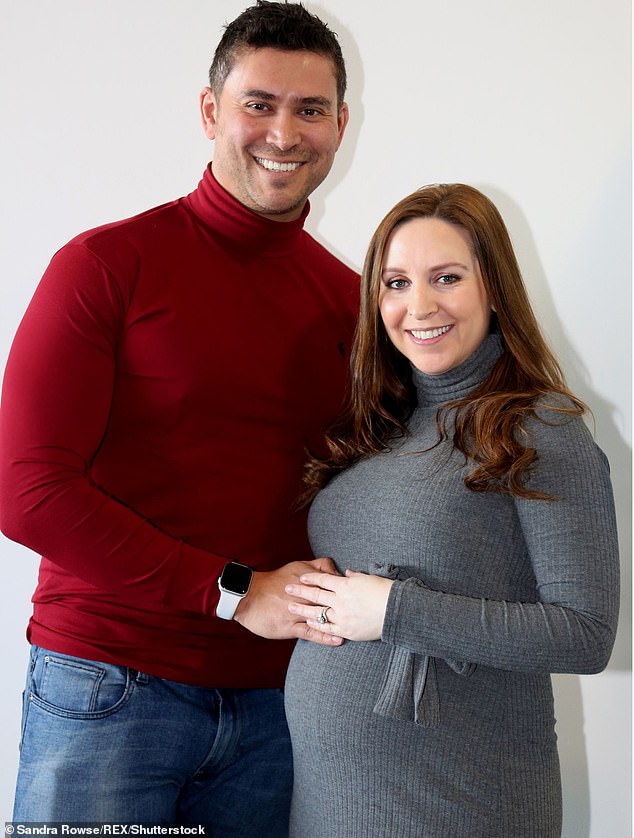 The BBC presenter, who has also served four years in the army, joined the Metropolitan Police force in 2000 before moving into the TV industry.

His last position in the force was working as a Detective Constable for the Criminal Investigation Department (CID) in south London.

In 2010, the presenter also joined frontline British troops in Afghanistan for the BBC’s Remembrance Weeks series.

Last year, in November 2019, Wilding announced that he and his wife Jill Morgan were expecting their first child together in a post on social media which read: ‘We have some exciting news!

‘Our family is expanding and baby Wilding is due to make an appearance next year! It’s been a long hard journey… but we got there in the end.’