He famously starred in a sex tape with Kim Kardashian in 2003 which was leaked to the world four years later.

But singer Ray J, 36, told MailOnline exclusively that he has no regrets over the tape that propelled Kim Kardashian into the spotlight and netted £100m since its release.

He said: ‘I don’t regret anything I’ve done. Not even the sex tape, it’s shaped me into the person I am today and helped me find The One.

‘My only career regret is the way I was removed from the Big Brother House. I’d love to go back in and be given a fair chance to be voted out by the public. I think I could win it’.

However Ray J admits he is now more careful in responding to questions about his past relationships, after releasing controversial song I Hit It First, in 2013, referring to Kim.

He said: ‘The old me had a lot of different things to say, but now when somebody asks me about the sex tape I realise I have to do better. 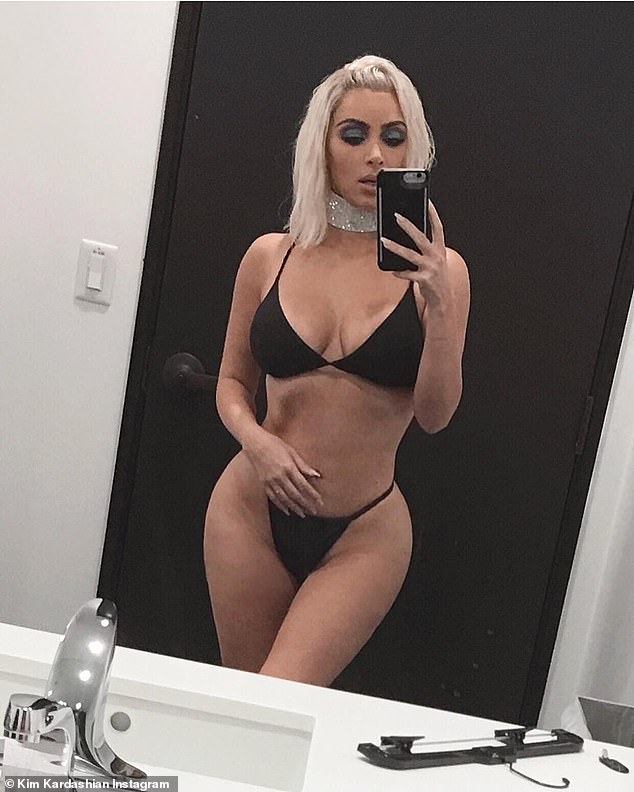 However, he said of Kim: ‘The old me had a lot of different things to say, but now when somebody asks me about the sex tape I realise I have to do better’ 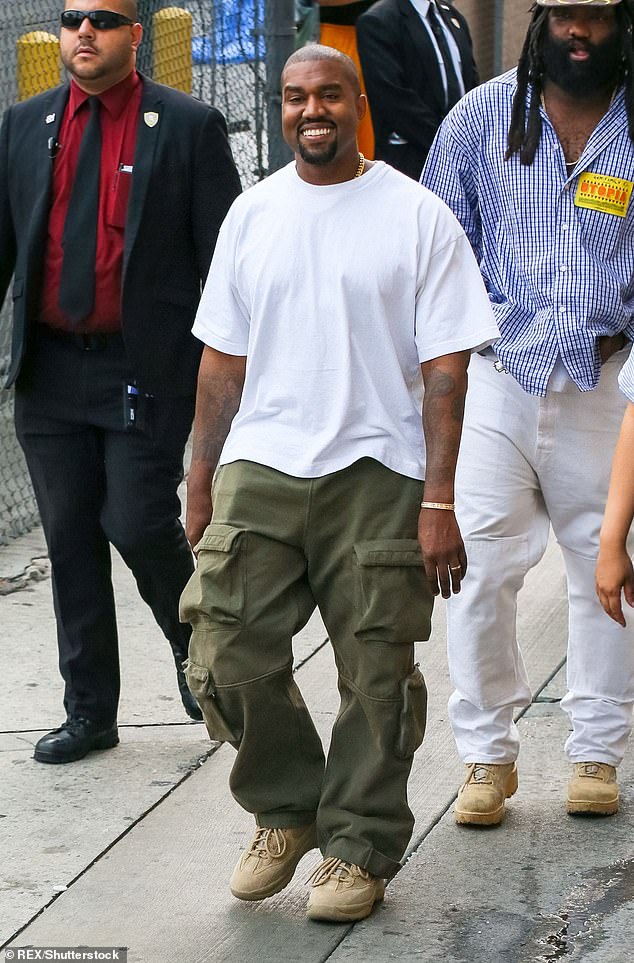 Could it be? Ray J said he would consider releasing music with Kim’s now husband Kanye West

‘When you’re blessed with someone who loves you, and that’s [wife] Princess, you have to do whatever you can to treat her with respect and keep her’.

Ray J has revealed he is already trying to expand his family, and would love a brother for little Melody, who he welcomed into the world with Princess five months ago.

Describing his wife’s 28-hour labour as ‘terrifying’, the One Wish singer recalled how he at one point thought he would lose them, and how fatherhood has completely changed his priorities.

The experience has made the Love and Hip Hop stars stronger than ever, and  determined to expand their brood, they suspected Princess, 34, was pregnant again just days ago.

Speaking during his tour for new single Right On Time, Ray J explained that the inspiration behind the song, which features sister Brandy, came from his new role as a father.

The video, which stars his wife, sees the singer enjoying a ‘dad-chelor’ party when he finds out a stalker has broken into his home and attacked Princess. 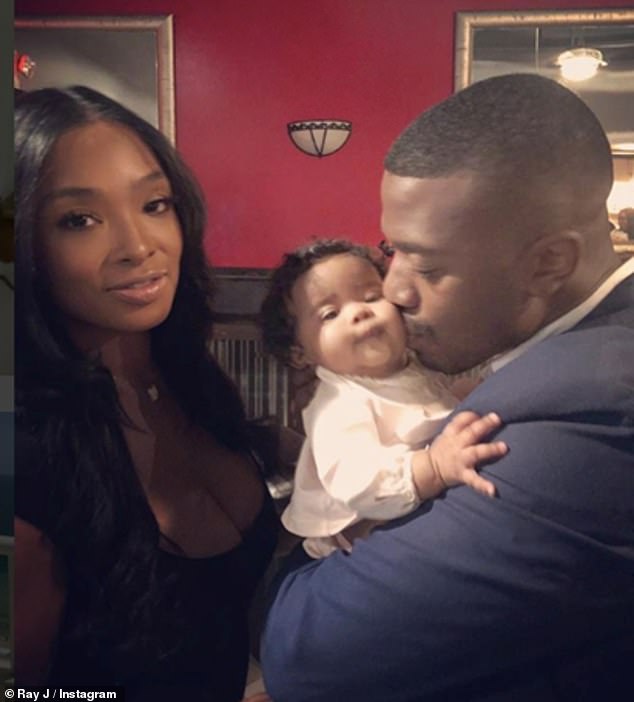 Sweet: Ray J has revealed he is already trying to expand his family, and would love a brother for little Melody, who he welcomed into the world with wife Princess Love five months ago

‘In the video I rush home to save her before I get shot’, he explained. ‘It’s a kind of rebirth of how becoming a father has really made me change my priorities.

‘I don’t care about partying all the time, it’s just about spending time with my family and making sure they’re okay,’ he added.

‘Seeing Princess go through such a terrifying labour and only get an epidural in the twenty-seventh hour has really made me look at women differently. It was the most emotional experience of my life.

‘Whatever she wants, she gets, apart from the white horse she wanted as a push present!’

He continued: ‘I don’t argue anymore. Even if she’s wrong, she’s right. I’m very hands on and will do the household chores and support her when she’s breastfeeding- the only thing I let Princess deal with is Melody’s really bad poops!’ 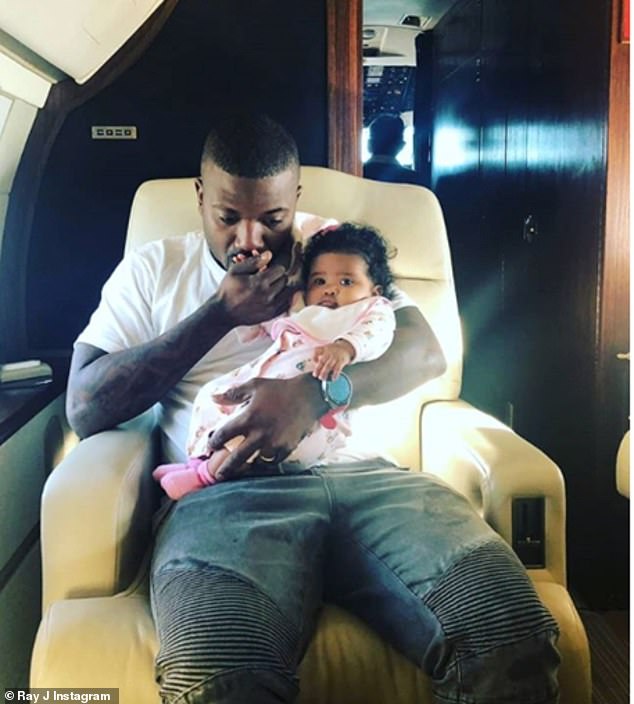 He said: ‘Seeing Princess go through such a terrifying labour and only get an epidural in the twenty-seventh hour has really made me look at women differently. It was the most emotional experience of my life’

And admitting he’d love a little boy to join their family, he added: ‘I want my children to be close in age so they can look out for each other.

‘We thought she was pregnant two days ago and a test even came back positive- we were like “Oh my god, already?”, but then it wasn’t the case.

‘But as long as we keep doing it, it will happen again. We’re not putting any pressure on it but I would love it to happen.’

Much of the couple’s well-publicised relationship has been played out on reality show Love and Hip Hop: Hollywood, with the couple at one point battling allegations of infidelity.

However that has all been long put behind them, with Ray J admitting that he has put a lot of work into winning Princess’ trust, after marrying her in 2016.

‘I set myself a goal of staying faithful, and once I hit the year mark I proposed as I knew I’d never be married and unfaithful.

‘Then I just kept going. I spent as much time as possible with Princess, and she would pay me surprise visits in the studio to check up on me.

‘After a while she realised there was nothing to worry about and we’re closer than ever now. My fans are now her fans so I don’t get groupies. Even if I ever tried to do something shady, her army would expose me!’

Ray J, also revealed he is in talks to record an album with sister Brandy, whose hit songs, including The Boy Is Mine, dominated the charts in the nineties and early noughties.

‘We recorded a song called Wait, which is crazy, her new album is amazing and hopefully we’ll even record our own album together soon’, he said.

Although he hasn’t had time to share parenting tips with Brandy, who is mother to 16-year-old daughter Sy’rai with producer ex Robert Smith, Ray J has given rapper Offset advice after he welcomed baby Kulture with wife Cardi B in July.

‘He showed me a picture of her and she’s adorable!’, he said. ‘I’d love for our babies to meet when we get time but meanwhile I just told him to keep his wife happy.

‘You know how we are as busy men, I told him the most important thing is compromise… and to just agree with everything Cardi says!’.

In the mean time Ray J, whose new technology company Raycon global is taking off, is focusing on his current tour, travelling the world with Princess and Melody in tow.

‘My wife is feeding me good food, I’m getting a gut!’ he added, laughing as he adjusted a straining button on his shirt. ‘But I don’t care about having a little belly anymore. Who am I getting a six-pack for? Unless I’m doing it for Princess there’s no need’.

And speaking about his wife’s incredible figure, he added: ‘She hasn’t tried to snap back. She enjoys vegan food a lot of the time and is always breastfeeding. We’re just enjoying our new life as a family’. 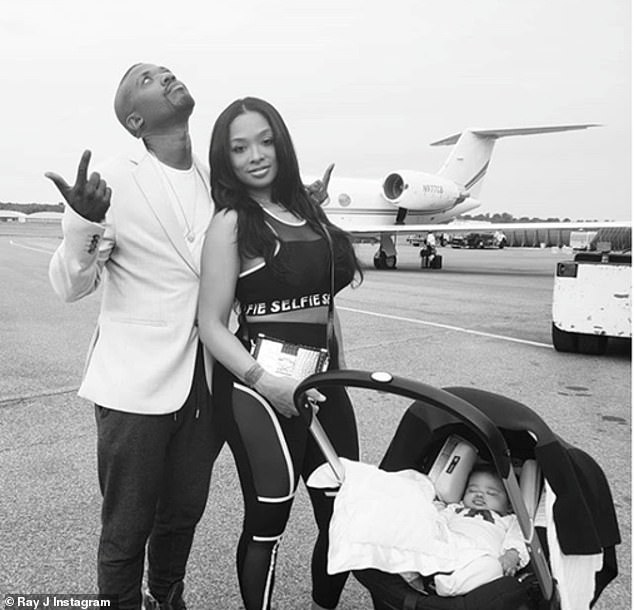 He also joked: ‘My wife is feeding me good food, I’m getting a gut!’ he added, laughing as he adjusted a straining button on his shirt’