There was a time when customers gravitated towards Kia because the cars were reliable and wouldn’t break the bank.

But exterior style? Interior comfort and sophistication? Not really.

This year marks the 30th anniversary since the Korean firm landed in the UK with its Pride hatchback, and a new chapter beckons.

Chic and cheerful: The Kia Sorento has moved upmarket but still offers value for money

The company set up a European headquarters in Frankfurt, poaching top European designers (including the genius behind the original Audi TT) and engineers.

The style council stepped in and the Kias of today have moved upmarket. They’re not cheap, but are proving better value for money than many rivals.

With 17 models and variants, one in every 20 cars now sold in the UK is a Kia.

Which brings me to Kia’s new award-winning seven-seater Sorento SUV which I have been road testing around Surrey.

It’s the fourth generation Sorento since 2002 and has a choice of engines; two electrified 1.6-litre turbo petrol powertrains, self-charging hybrid or plug-in hybrid, or a 2.2-litre diesel. 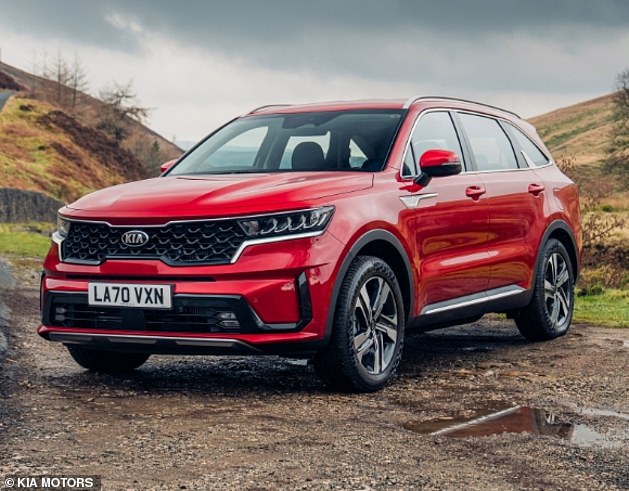 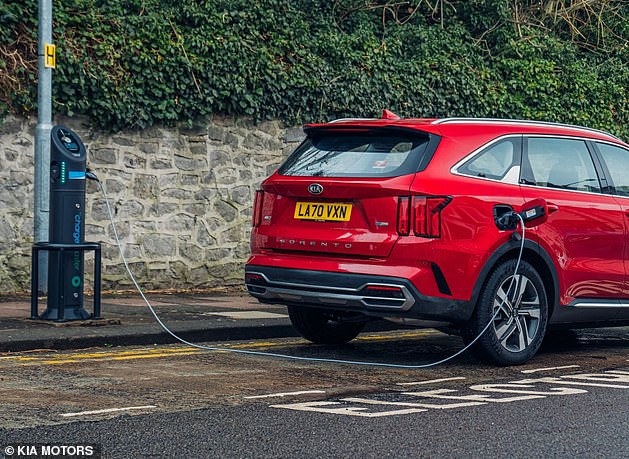 With a six-speed automatic gear-box, the PHEV’s 1.6-litre petrol engine is linked to a hybrid electric motor and 13.8kWh lithium ion battery to produce a maximum 265hp.

The interior looks upmarket and is comfortable, mine even had quilted leather seats.

It has sure-footedness on the road and flexibility off it thanks to various terrain modes such as snow, mud and sand.

There are three drive settings: eco, sport and ‘smart’ – which cleverly anticipates your driving and adjusts the set-up accordingly. 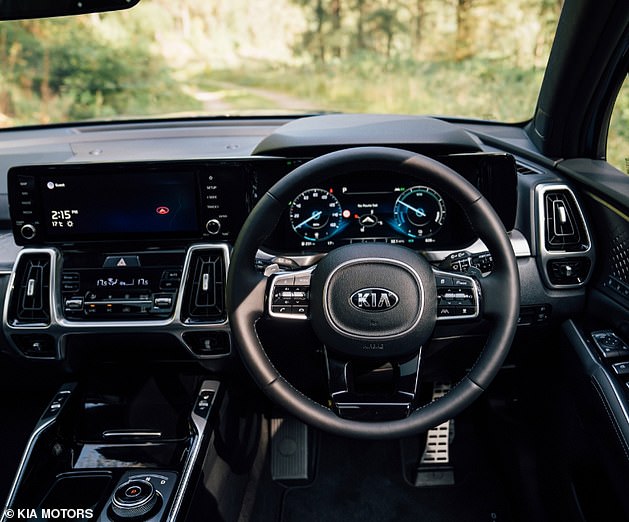 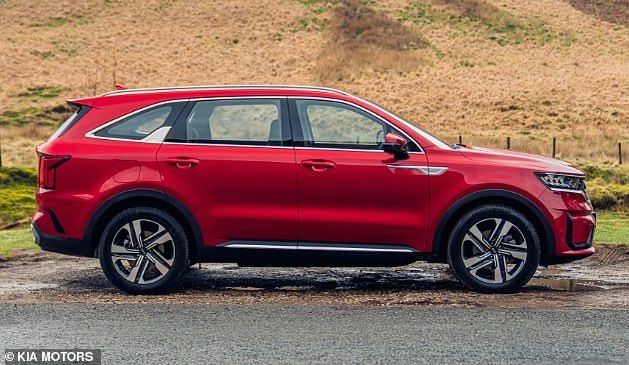 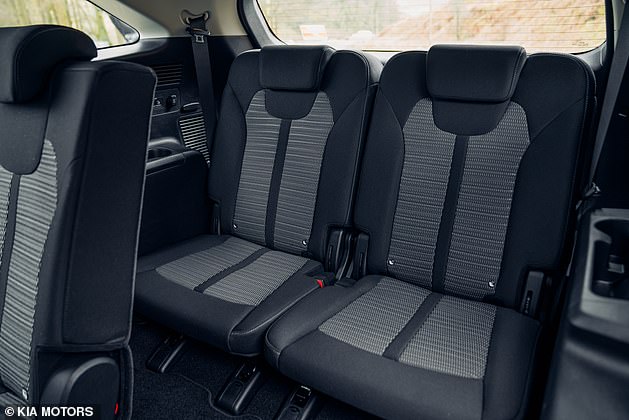 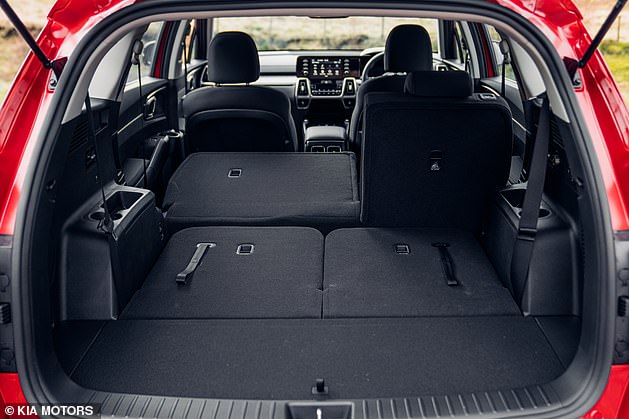 One particularly clever bit of tech is the blind-spot warning when you indicate to turn left or right – cameras in the rear project an image of what is behind you in the blind spot into the instrument binnacle.

It offers 35 miles of zero-emissions electric-only power in normal use, and up to 43 miles in cities. Overall average emissions are just 38g/km.

The all-wheel drive platform is designed for electric and internal combustion powertrains – so with battery packs beneath the cabin floor there’s no impact on luggage space.

But stand by for even more electrifying news from Kia as order books open next week for its new all-electric EV6 coupe-like sports crossover, priced from £40,895 with first deliveries in October. 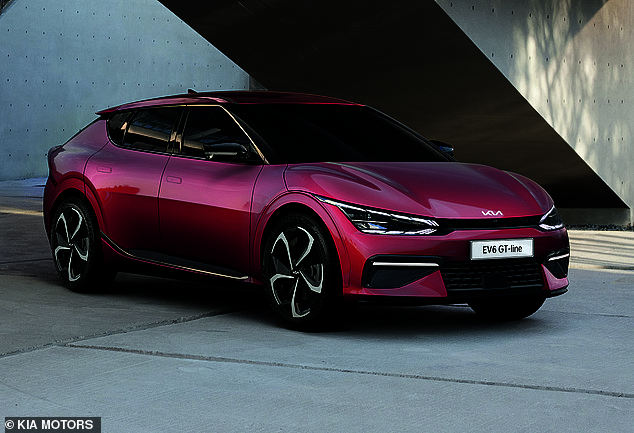 Electrifying news: Order books are about to open for Kia’s  new all-electric EV6 coupe-like sports crossover, priced from £40,895 with first deliveries in October