A start-up company that sells women’s razors has been left bewildered after Facebook banned its ad for breaching the site’s rules on ‘sexually suggestive or provocative’ images.

Friction Free Shaving (FFS) created a lighthearted video about ‘shoga’ or shaving yoga, featuring all the different poses women have to contort into in the name of hair removal.

The video features a naked woman with strategically placed panels of colour protecting her modesty, but the footage was blocked for failing to comply with the site’s advertising policies.

‘We’ve challenged the hypocrisy of their internal rules, which would allow an advert featuring a teenager in lacy underwear looking seductive, but not a totally unsexual and humorous advert about how women shave their legs. But they won’t relent.’

The company wanted to use its ‘shaving yoga’ video to advertise on Facebook, but can’t get approval from the site 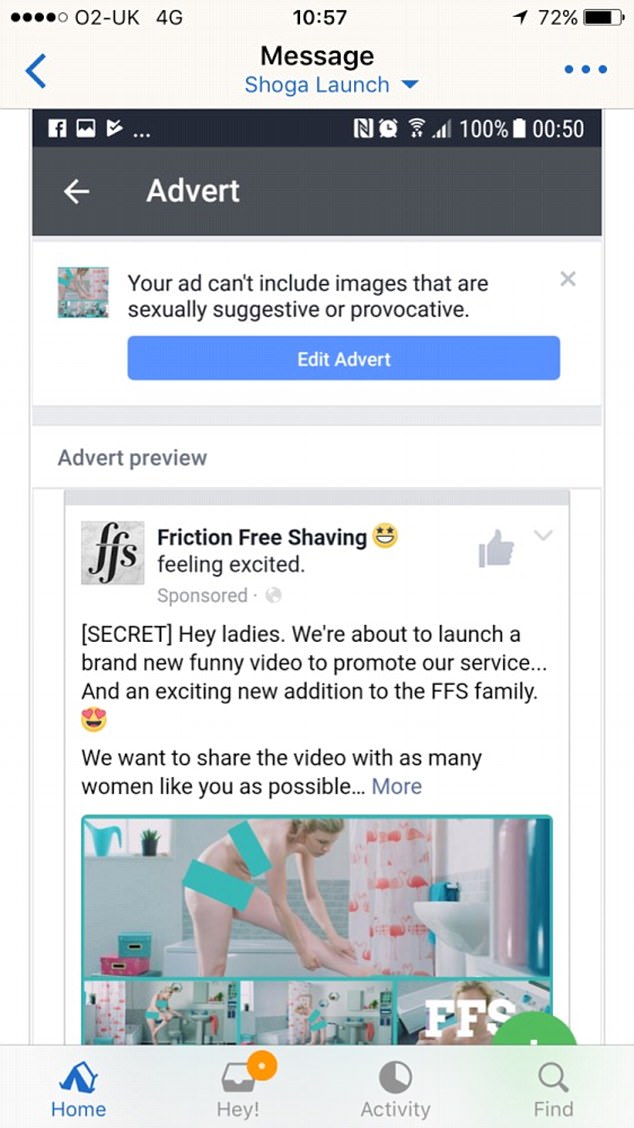 The company has now made another ad to explain the situation to fans.

A spokesperson added: ‘We even took the issue to some personal Facebook contacts that we have to see if they could help us and while they tried, they also hit a brick wall internally because of the “implied nudity”.

‘We did look at options like refilming it, but as a small company FFS just couldn’t afford to do that.’

‘We purposefully used a real woman, shaving naked as women do – although with her modesty covered – in a typical bathroom to achieve this.

‘We wanted to move away from traditional and outdated women’s shaving ads that are overglamourised, sexualised and unrealistic.

‘We don’t think that a woman shaving is anything to be ashamed of and find it sexist and deeply offensive that Facebook have banned our ad on these grounds.

We know a lot of women will agree with us, so we’re calling on them to support us by watching our video in full at ffs.co.uk and sharing our story on their social media channels.’ 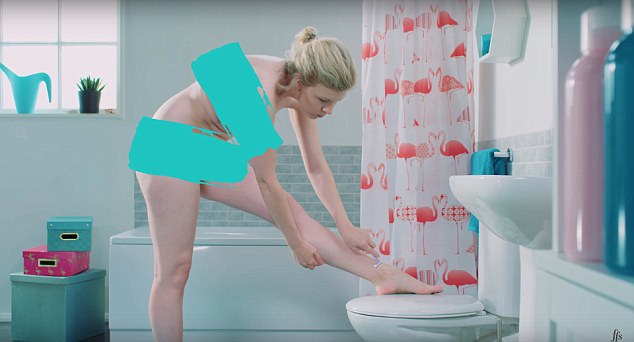