RBA cash rate mortgage warning: How the much the interest rise will cost you each month

Australians with a mortgage will face big increases in their monthly repayments, after The Reserve Bank of Australia raised the cash rate by 0.25 percentage points to 0.35 per cent.

RBA governor Philip Lowe said the board judged that now is the right time to begin withdrawing some of the extraordinary monetary support that was put in place to help the Australian economy during the pandemic.

The Reserve Bank of Australia has raised interest rates for the first time in 12 years to curb soaring inflation. The rate rise will be passed onto millions of Aussies with mortgages, who will face higher monthly repayments

‘The economy has proven to be resilient and inflation has picked up more quickly, and to a higher level, than was expected,’ Dr Lowe said.

‘There is also evidence that wages growth is picking up. Given this, and the very low level of interest rates, it is appropriate to start the process of normalising monetary conditions.’

More than 1.5million borrowers will be coping with a variable mortgage rate increase for the first time.

St George, owned by Westpac, was the first bank to hint at an increase in variable mortgage rates.

How much extra you will be paying on your mortgage?

Data based on variable rate increasing from 2.29 per cent to 2.54 per cent 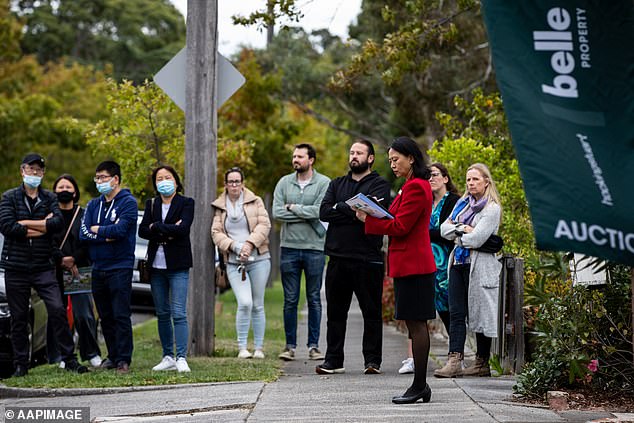 The cash rate has risen by 0.25 per cent basic points, ending the historic era of a record-low 0.1 per cent cash rate and marking the first increase since November 2010. This was also much bigger than the 0.15 percentage point rise financial markets were expecting

Last month, the RBA predicted an increase in the cash rate to two per cent – a level unseen since May 2016, would cause a 15 per cent plunge in Australian property prices.

CoreLogic research director Tim Lawless is expecting Sydney and Melbourne house prices to dive by 15 per cent in the year ahead, as interest rates keep rising.

‘Most of the declines will be concentrated in those two cities because that’s where affordability is most stretched and also where, arguably, they’ll be facing some demographic headwinds just through interstate migration really favouring the smaller states,’ he told Daily Mail Australia.

‘The counter argument to that is we see overseas borders opening up, we’re going to be seeing more migration coming in but that generally tends to flow through to rental demand rather than purchasing demand.’ 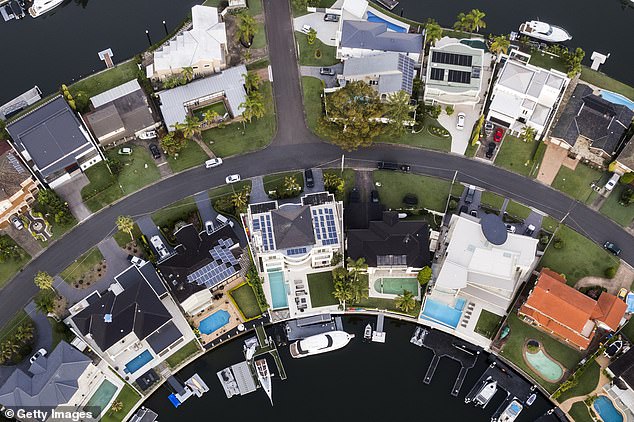 CoreLogic research director Tim Lawless is expecting Sydney (pictured) and Melbourne house prices to dive by 15 per cent in the year ahead, as interest rates keep rising

Brisbane, Adelaide, Hobart and Canberra, along with regional areas in coastal New South Wales, southern Queensland and northern Tasmania were likely to see smaller declines of five to 10 per cent.

‘These markets tend to be a little bit more insulated partly because affordability is not quite as stretched,’ Mr Lawless said.

Those markets are more affordable than Sydney and Melbourne and would continue to benefit from professionals who can work from home moving there.

A 15 per cent fall in Sydney’s median house price of $1.417million would take values back to $1.204million – where they were in the middle of last year.

A drop of the same magnitude in Melbourne would see the mid-point house price drop from $1.001million to $850,787, which would be the lowest level since May 2017.

But with unemployment at just 3.95 per cent, the lowest level since 1974, Mr Lawless said forced sales would be unlikely.

‘This will probably more a lack of demand and people looking to sell having to adjust their price expectations,’ Mr Lawless said.