The federal judge who jailed Paul Manafort for less than four years has been widely criticized for showing leniency to the former Trump campaign chairman after his sentence was far shy of federal sentencing guidelines.

Judge T.S. Ellis has been accused of being skeptical about Robert Mueller’s investigation into Russia election collusion after making it clear during Manafort’s sentencing that his financial crimes were in no way related to the probe.

Manafort was sentenced in Alexandria, Virginia on Thursday to 47 months for financial crimes uncovered during Mueller’s probe into Russia’s role in the 2016 election.

From the start of the hearing, Ellis sought to establish that Manafort wasn’t being punished for crimes related to the Russia investigation.

‘He is not before the court for anything having to do with colluding with the Russian government,’ Ellis, who was appointed to the bench by Republican former President Ronald Reagan, told the court during the sentencing. 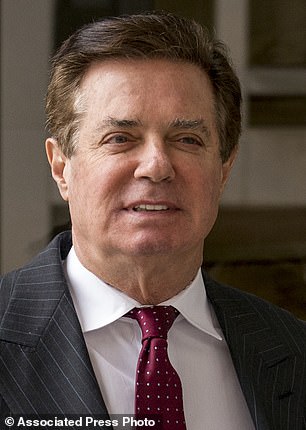 Manafort was found guilty by a jury last August of five counts of tax fraud, two counts of bank fraud and one count of failing to disclose foreign bank accounts.

While prosecutors had not recommended a specific sentence, they had cited federal sentencing guidelines that called for 19-1/2 to 24 years in prison.

The sentence that was eventually handed down was even less than what defense lawyers had sought. The defense, who asked for between 4-1/4 and 5-1/4 years in prison, had written in their sentencing memo that Mueller’s ‘attempt to vilify Mr Manafort as a lifelong and irredeemable felon is beyond the pale and grossly overstates the facts before this court.’

Judge Ellis described the sentencing guidelines as ‘excessive’ and said that for all its intricacies it was fairly typical fraud case.

The 78-year-old judge went on to laud aspects of Manafort’s character, saying that while the longtime lobbyist’s crimes were ‘very serious’ he has lived an ‘otherwise blameless life’.

The sentence has already reignited a debate about possible bias that first exploded during the trial phase when federal prosecutors filed a string of complaints that Ellis was belittling their case and badgering them.

Ellis repeatedly interrupted prosecutors, told them to stop using the word ‘oligarch’ to describe people associated with Manafort because it made him seem ‘despicable,’ and objected to pictures of Manafort’s luxury items they planned to show jurors. 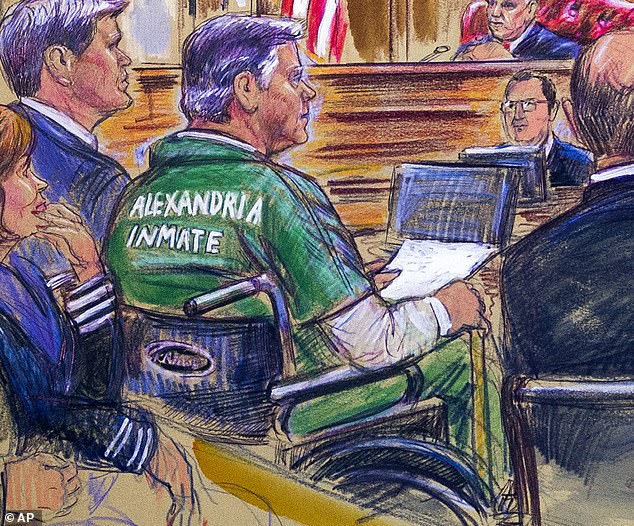 Manafort was sentenced in Alexandria, Virginia on Thursday to 47 months for financial crimes uncovered during Mueller’s probe into Russia’s role in the 2016 election 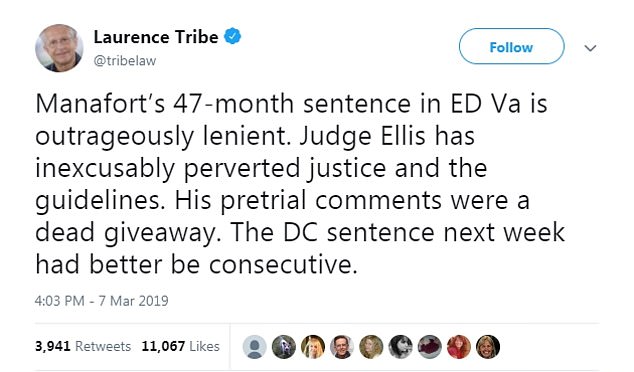 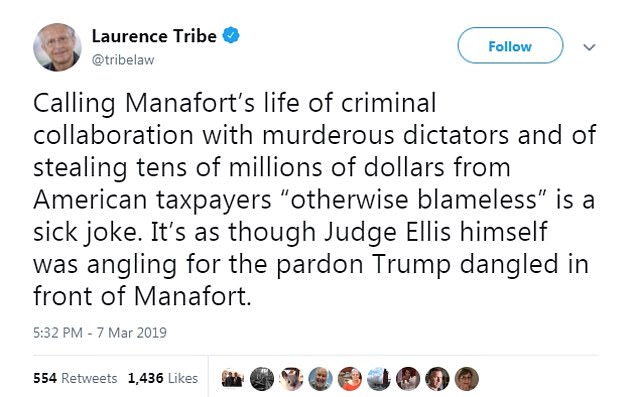 ‘It isn’t a crime to have a lot of money and be profligate in your spending,’ Ellis told prosecutors during the trial.

As part of the sentence Ellis handed down on Thursday, Manafort was ordered to pay a fine of $50,000 and restitution of just over $24 million.

Ellis called the sentence ‘sufficiently punitive,’ but noted that Manafort’s time already served would be subtracted from the 47-month sentence.

Manafort faces sentencing in a separate case next Wednesday in Washington on two conspiracy charges to which he pleaded guilty last September. While he faces a statutory maximum of 10 years in the Washington case, U.S. District Judge Amy Berman Jackson potentially could stack that on top of the sentence imposed in the Virginia case, rather than allowing the sentences to run concurrently. Jackson was appointed by Democratic former President Barack Obama.

Some legal experts expressed surprise over the leniency of the sentence.

‘Manafort’s 47-month sentence in ED Va is outrageously lenient. Judge Ellis has inexcusably perverted justice and the guidelines. His pretrial comments were a dead giveaway. The DC sentence next week had better be consecutive,’ Harvard law professor Laurence Tribe said. 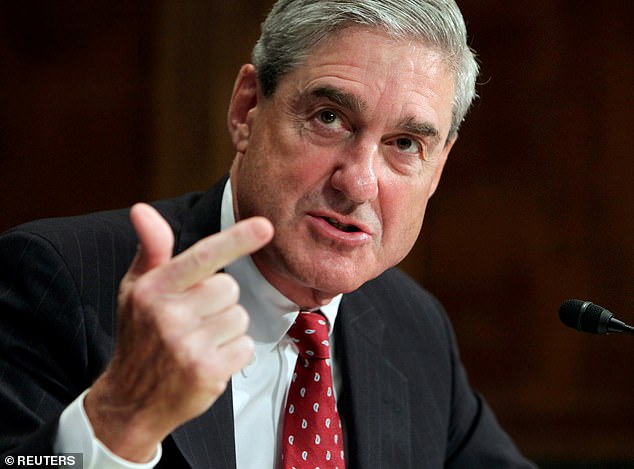 Judge T.S. Ellis has been accused of being skeptical about Robert Mueller’s (above) investigation into Russia election collusion after making it clear during Manafort’s sentencing that his financial crimes were in no way related to the probe

He added: ‘Calling Manafort’s life of criminal collaboration with murderous dictators and of stealing tens of millions of dollars from American taxpayers ‘otherwise blameless’ is a sick joke. It’s as though Judge Ellis himself was angling for the pardon Trump dangled in front of Manafort.’

Former federal prosecutor David Weinstein said: ‘This is a tremendous defeat for the special counsel’s office.’

Before his sentencing, Manafort thanked Ellis for conducting a fair trial.

He expressed no remorse but talked about how the case had been difficult for him and his family.

Manafort, who opted not to testify during his trial, told the court that ‘to say I have been humiliated and ashamed would be a gross understatement.’ He described his life as ‘professionally and financially in shambles.’

Trump, who has called Mueller’s investigation a politically motivated ‘witch hunt,’ has not ruled out granting a presidential pardon to Manafort, saying in November: ‘I wouldn’t take it off the table.’

California Rep. Adam Schiff criticized Manafort’s following the sentencing, tweeting: ‘The statement by Paul Manafort’s lawyer after an already lenient sentence – repeating the President’s mantra of no collusion – was no accident. It was a deliberate appeal for a pardon. One injustice must not follow another.’