Real estate agent offered a woman he raped $100,000 to keep her mouth shut

Real estate agent offered a woman he raped twice after a boozy dinner party $100,000 to keep her mouth shut

A real estate agent tried to bribe a woman $100,000 to keep her mouth shut after he drugged and raped her during an 18-hour ordeal.

Steven Chen, 47, had been to dinner with a group of friends in 2018 when he invited a man and a woman back to his Gold Coast home to have drinks.

As they entered his house, Chen gave them both a glass of alcohol that had been spiked with the tranquiliser drug rohypnol.

Chen put the man in a car and drove to a nearby park where he dumped him. He then returned to his house to rape the woman.

The victim was so sick after waking up that she vomited in the bathroom.

Steven Chen, 47, drew up a $100,000 contract for the woman to sign, stating she mustn’t tell anyone about the incident

Chen then raped the woman, who was a virgin, a second time the following day.

The woman’s memory of her 18-hour ordeal was hazy until she confronted Chen a few days later.

Chen drew up a $100,000 contract for the woman to sign, stating she mustn’t tell anyone about the incident, the Gold Coast Bulletin reported.

At Southport District Court on Wednesday, Judge Katherine McGinness said the rape was ‘premeditated and calculated’.

‘You essentially lured the complainants to your home, feigning hospitality,’ she told Chen.

Judge McGinness told the court the woman and her partner were psychologically damaged following following the traumatic experience.

The man awoke in the park without his wallet or belongings and was forced to ask strangers to take him to the police station.

‘You showed no concern for his safety and wellbeing. You abandoned him late at night in an unfamiliar park,’ Judge McGinness said.

The court heard it wasn’t Chen’s first violent offence against a woman.

In April 2012 he was convicted of sexual assault after grabbing a woman’s chest and hip while taking her home.

Chen – who moved to Australia from Taiwan – has also been convicted of fraud offences.

He was sentenced to nine years behind bars.

The jailed attacker should not be confused with a real estate agent with the same name, Steven Chen of The Agency. 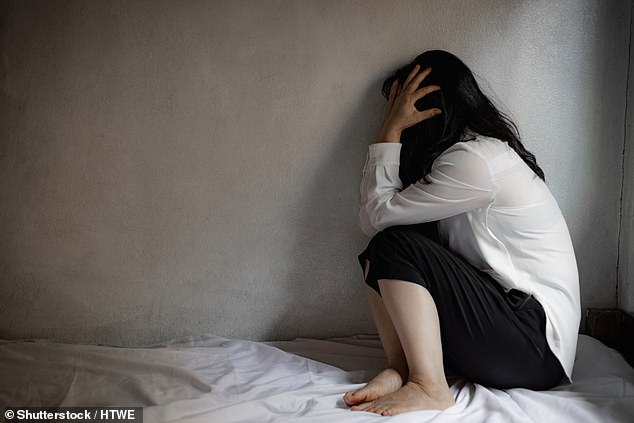