Parliament House had an unexpected visitor on Tuesday as the government celebrated one of their most important events of the year.

One of the Real Housewives of Melbourne, Gamble Breaux, surprised politicians and journalists alike as she roamed the Canberra venue, posing for photographs with various Parliament members.

‘Julie Bishop has charisma I just adore her! Very lucky to draw the ballot and see the budget being read live!’ Ms Breaux wrote along with a snap on Instagram of her standing with the Foreign Minister. 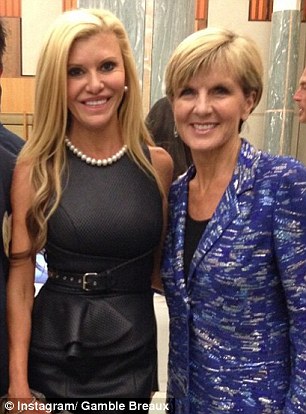 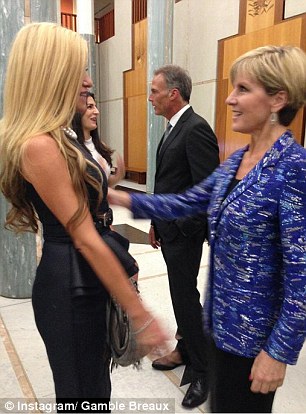 The art consultant and handbag designer also met Foreign Minster Julie Bishop who she said ‘has charisma I just adore her!’ 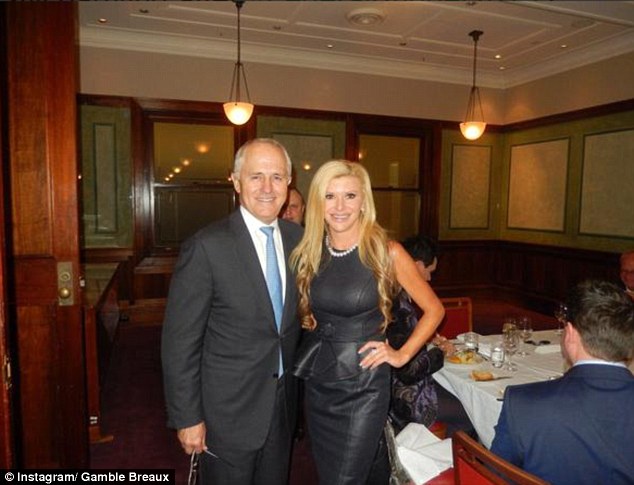 Just after 11pm,  Ms Breaux took to Twitter again with a snap of herself and Communications Minister Malcolm Turnbull, writing: ‘Still partying after #FederalBudget2015!’

The excited art consultant and handbag designer was also snapped with the Prime Minister himself.

‘The leader of tonight’s party!’ Ms Breaux wrote beside a picture of her beaming next to an equally thrilled Tony Abbott.

Although she offered no personal opinion on the budget itself, Ms Breaux had plenty to say about the Parliament’s characters.

Sharing separate pictures of herself posing with Victorian Liberal Party State President Michael Kroger and MP Jason Wood on Twitter, the daring blonde went as far as to dub them her ‘new besties’. 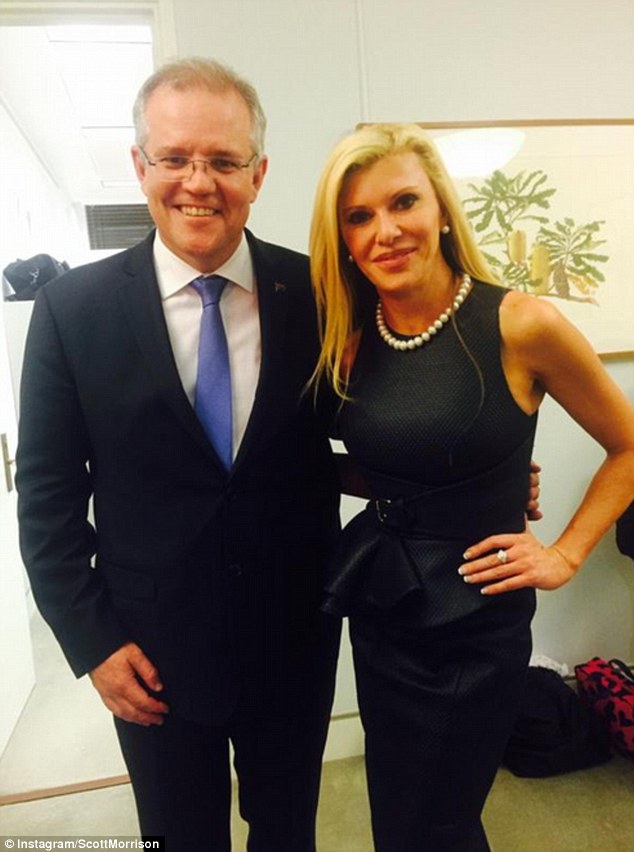 Scott Morrison was also lucky enough to feature in one of her snaps: ‘They’re all here in Canberra tonight’ the Minister for Social Services tweeted 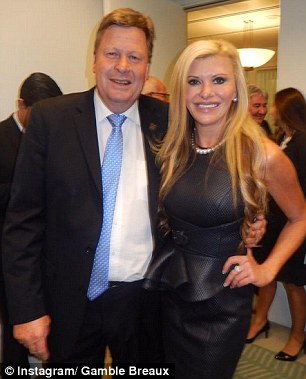 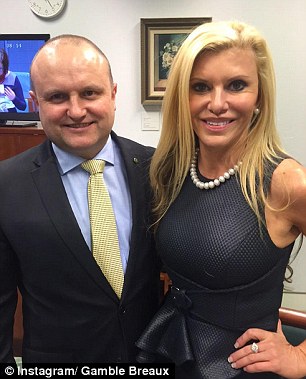 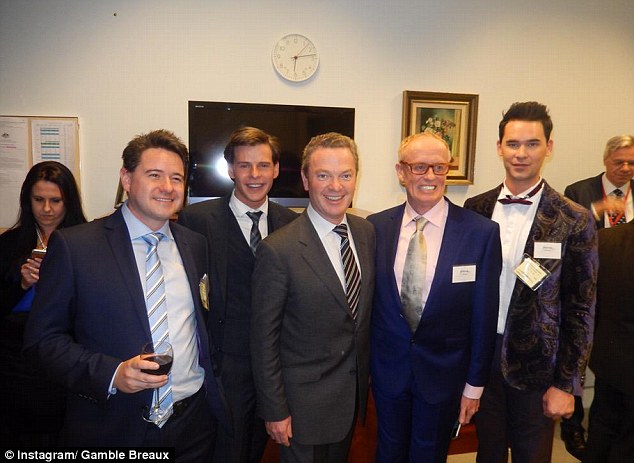 ‘Having fun at Parliament house with new besties @KrogerMichael President of liberal party @JasonWood_MP,’ she tweeted.

Just after 11pm, she took to Twitter again with a snap of herself and Communications Minister Malcolm Turnbull.

‘Still partying after #FederalBudget2015!’ she wrote, adding: ‘We love @TurnbullMalcolm @JulieBishopMP and everyone else we met today!’

She also took pictures of Education Minister Christopher Pyne and Minister for Veteran’s Affairs Michael Ronaldson, calling it an ‘honour’ to meet them all.

Ms Breaux last made headlines on the popular television series when she was accused of being a former stripper and sex party host – which she has vehemently denied. 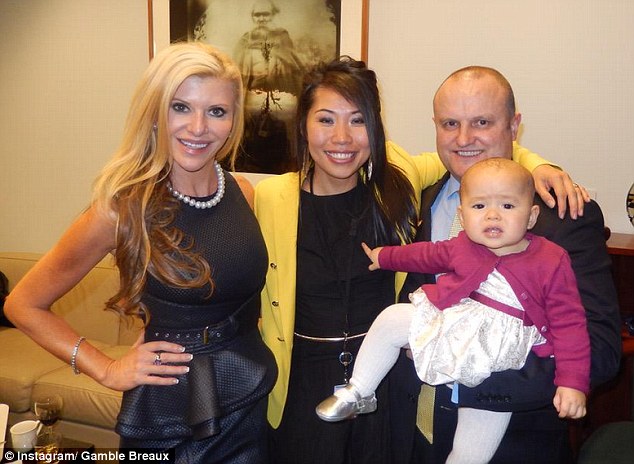 ‘We love @TurnbullMalcolm @JulieBishopMP and everyone else we met today!’ she wrote 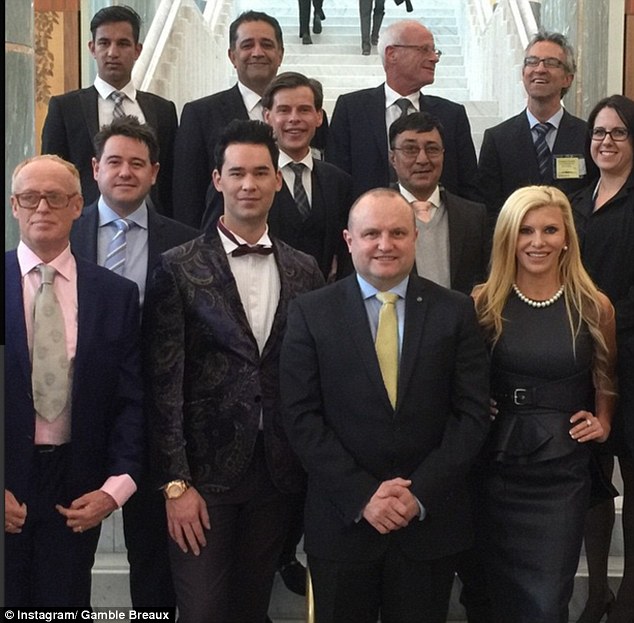 Although she offered no personal opinion on the budget itself, Ms Breaux was delighted to be in attendance 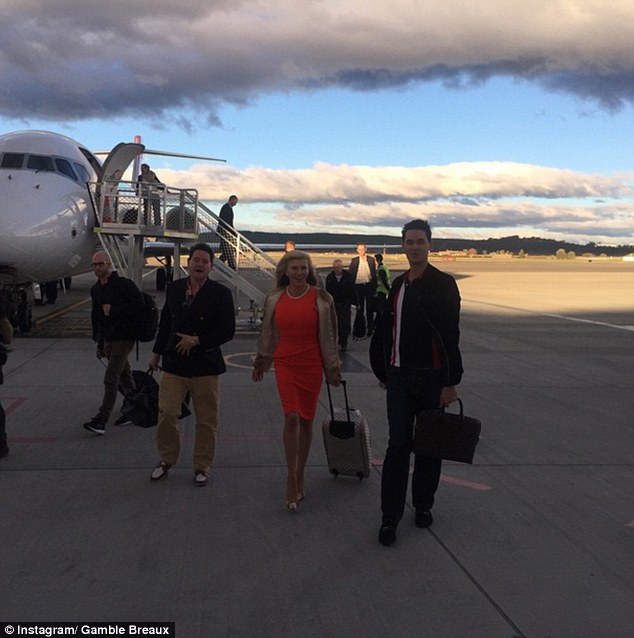 ‘Just arrived in Canberra with @stephen_walden and crew for the #FederalBudget2015 #Parliamenthouse oh #YesPrimeMinister,’ she wrote on Instagram one day earlier