TV star: Nicole Sealey from The Real Housewives Of Cheshire

Nicole Sealey, star of TV series The Real Housewives Of Cheshire, is happy spending up to £50,000 on a week’s holiday and lives in a six-bedroom mansion with a swimming pool, gym and cinema room.

Sealey set up her own business in the male-dominated industry of railway construction when she was a struggling, single mother of three – and went on to make a fortune.

The 48-year-old, who once went to the supermarket to buy a week’s worth of food for her family with just £21, tells Donna Ferguson that failure was not an option.

This week, she will star in a two-part TV special to raise awareness about the menopause. The Real Housewives And The Menopause will be broadcast on ITVBe and ITV Hub tomorrow and Tuesday at 9pm.

Not to spend what you don’t have and not to live beyond your means. My dad moved to Cheshire from Ireland and started his own business in scrap metal. My mum was a cleaner. They were only together until I was one.

I lived with my mum until I was seven and money was incredibly tight. Then I lived with my dad. By then, he had a motorway recovery business. We lived in a nice house with horses and stables and he had three cars. The recession in the 1980s hit him hard and he lost his business and all his money when I was 15. That was a big life lesson that stayed with me.

I had a really tough time following my divorce in 2005. I’d built a successful business in railway construction. I walked away from it all and started a new business in the same industry.

Then the recession of 2008 hit. As a result, my incomings didn’t meet my outgoings. I had three kids under the age of five – I’d had my first child at 23. So failure was not an option.

I can remember once going to the supermarket with £21 in my pocket and thinking: that’s not a huge amount for a food shop for a week. But you adapt. You make cuts. I had a lot of self-belief and my circumstances drove me to work harder.

Yes. As a result of doing The Real Housewives Of Cheshire, I’ve done a couple of personal appearances where I’ve been paid a lot of money. For example, recently, I was at an event for only 20 minutes and I was paid £10,000.

It was 2010. A client rang me after they’d been let down on a small aspect of a huge multi-million pound railway project in London.

They asked for my help at short notice. I agreed, but I remember joking that the profit on such a small job wasn’t even enough to buy me a pair of shoes.

Anyway, for whatever reason, the deal for the whole railway project fell through with the other company. So the client came to me and said: can you deliver this entire job at extremely short notice? And somehow I managed it.

That was a big turning point for me, a life-changing moment in terms of the money I made from my business.

It was a multi-million pound contract, we made a really good profit, and I took home a high six-figure salary that year.

Probably my silver Ferrari Portofino. I bought it about a year ago for £230,000. As soon as I saw it, I decided to treat myself.

Buying a five-bedroom house with ten acres of land for £1.7 million in 2008 – just before the recession. By then, I had met Joe and my business was starting to do well. I pushed myself to the limit and we bought it together. We sold it a couple of years later for about £1million.

What is the best money decision you have made?

But I didn’t, even though I really had to push myself to take my business to the next level – and go for it. That was the best decision I ever made from a financial perspective. 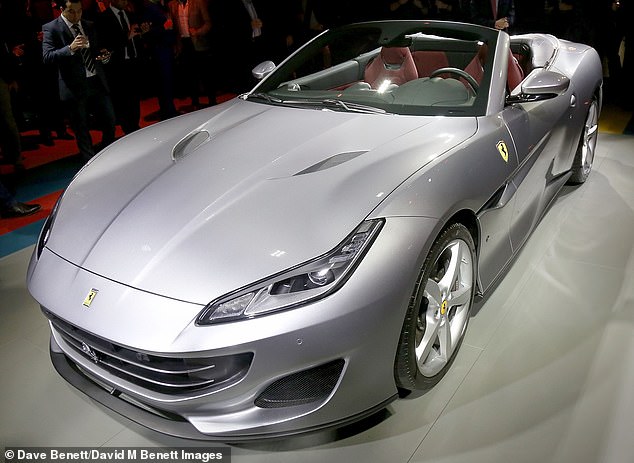 Do you save into a pension or buy shares?

Yes. I started a pension when I was 33. I see it as my back-up plan. I invest a little in cryptocurrencies along with my husband, but I’ve been too busy to invest directly in the stock market.

It is something that I think I would find interesting and enjoy, so I might invest in the future.

Yes, my home, which I built, project-managed and site-designed seven years ago. It’s a six-bedroom house in Cheshire with about half an acre of garden.

It’s quite modern and contemporary, with a swimming pool, gym and cinema room.

I paid £900,000 for the plot and the building that was on it. I can’t remember exactly how much we spent on the build, and I’d rather not say how much it’s worth now, but it’s valued at more than we’ve spent on it. We’ve made money on this property. I’ve also got a couple of properties in Essex that I rent out.

What little luxury do you treat yourself to?

When I’m not filming The Real Housewives Of Cheshire, I try to escape once a month to Spain or the Maldives. Somewhere I can go where I don’t have to speak to anyone and I can just be on the beach with a book. I have spent anything from £2,000 to £50,000 on a week’s holiday.

Then I’d introduce one rate of income tax for everyone, no matter how much they earned, and set it at 27 per cent. You shouldn’t be penalised for earning more money.

To make sure my business is profitable. If it is secure, that means everybody else in my life is as well.