A real life version of the fried chicken outlet that featured in Breaking Bad is set to open in Venice Beach two weeks after the show’s spin-off movie is released.

Pictures of Los Pollos Hermanos have been spotted on the new eatery’s Instagram page and show a bright yellow exterior with two chickens standing back to back.

Its mural popped up on Thursday and the outlet is reportedly opening on October 24, two weeks after the release of El Camino: A Breaking Bad Movie – the highly anticipated Breaking Bad spin-off.

It will not be a sit-down establishment like in the hit drug crime drama, but fast food fans will be able to order chicken for delivery.

The movie is set to pick up seconds after the TV show left off – after Walter White’s apparent death and Jesse Pinkman’s escape from captivity.

Chicken and Breaking Bad enthusiasts will be able to order food from Gus Fring’s shop straight to their door.

Based on the mural it appears that UberEats will be delivering the meals to customers from October 24.

It isn’t clear whether the restaurant is just a pop-up or whether it will become a long-term fixture on Venice Beach.

According to TMZ, Breaking Bad fans will be able to enjoy a number of different fried chicken combinations from the ‘virtual restaurant’.

Those who have watched the trailer for El Camino have been left speculating whether or not Walter White is truly dead due to an ambiguous final scene.

In the scene, Jesse comes face to face with a mysterious figure who asks him: ‘You ready?’, with Jesse replying a simple: ‘Yeah.’

The two-minute clip shows Jesse on the run from law enforcement and climaxes at the end when he runs into a mystery man.

The two men appear to be having a showdown as the camera focuses on the shadowy figure’s hand next to a holstered knife. 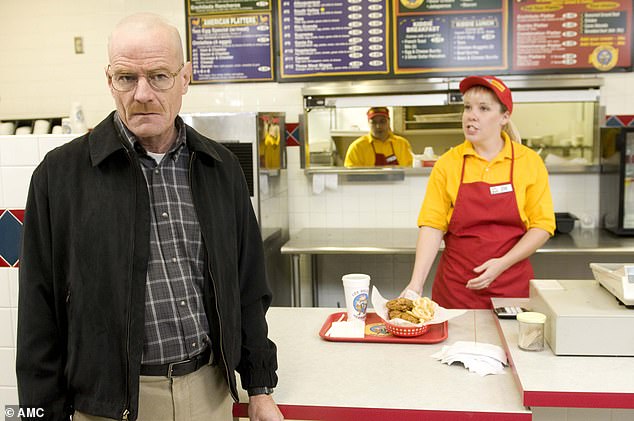 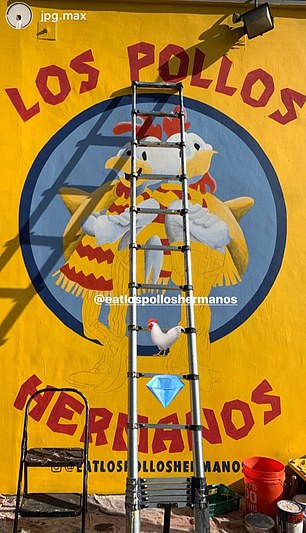 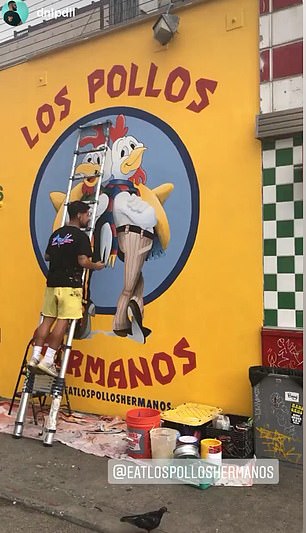 The restaurant is set to open two weeks after the release of the highly anticipated Breaking Bad spin-off, El Camino

Jesse is not the only fan favorite character returning as his friends Skinny Pete (Charles Baker) and Badger (Matt L Jones) also reprise their roles.

The main character begins the trailer looking almost unrecognizable as he has long hair and a beard as he arrives at Skinny Pete’s home after his escape to seek shelter.

Another interesting part of the trailer shows a photo hung up of Jesse’s second girlfriend Andrea Cantillo (Emily Rios) and son Brock hinting at a possible reunion. 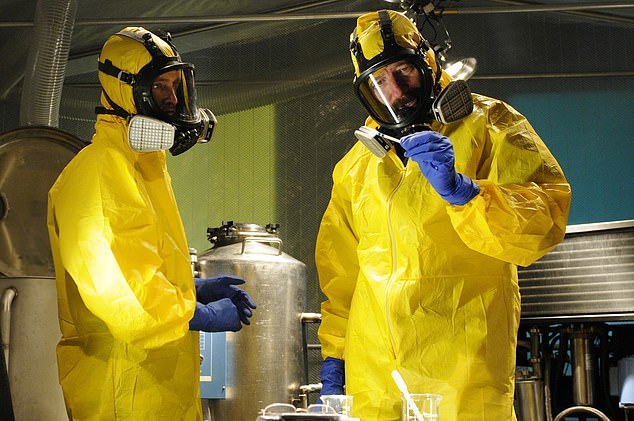 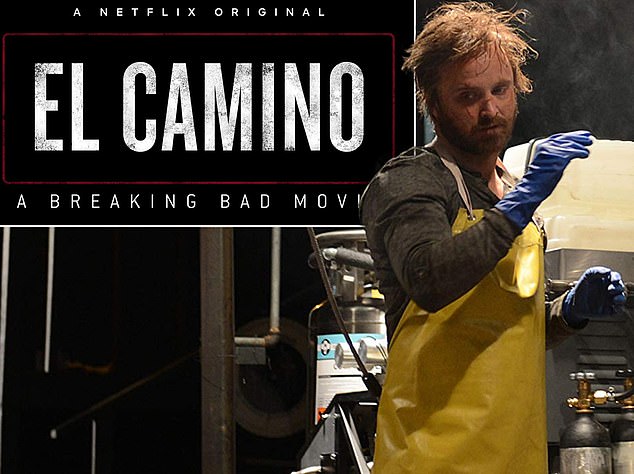 When we last saw Pinkman in the Breaking Bad series finale, he was speeding off in a hysterical frenzy in that El Camino after Walter White saved him from his captors who had enslaved him to produce mass amounts of methamphetamine.

After White rigged a remote-control machine that wiped out the captors, the two partners in crime stared at each other in a tense standoff the resulted in Pinkman refusing White’s request for him to kill him.

They eventually parted ways with one last nod of respect to one another.