Ajax midfielder Donny van de Beek believes he will be staying in Holland this season, despite repeated links with a move to Real Madrid.

The 22-year-old Holland international was a key part of the Ajax side that reached the semi-final of the Champions League last season and had been tipped to follow players such as Matthijs de Ligt and Frenkie De Jong through the exit door,

But speaking after Ajax’s 3-2 win over Greek side PAOK on Tuesday, Van de Beek implied that he will remain where he is. 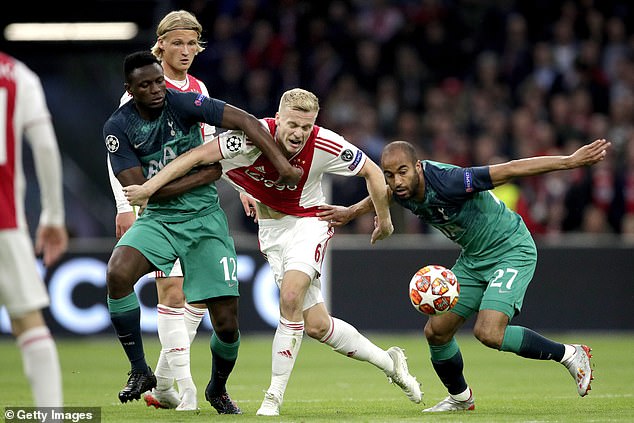 ‘Nothing is certain yet, but there’s a good chance I’ll continue here,’ he told reporters after the match.

‘Whatever happens, Real Madrid and Ajax are both fantastic clubs. I can’t complain.’

Ajax’s victory over PAOK gave them a 5-4 aggregate triumph in Champions League qualifying, setting up a final play-off round tie with Cypriot side APOEL in order to reach the group stage. 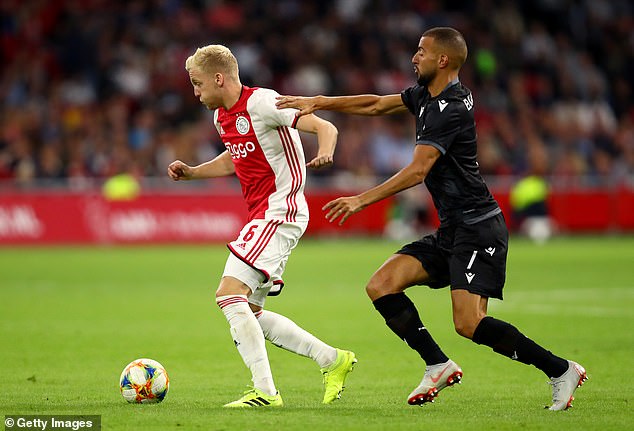 ‘It was a tough evening. I’m glad we got there in the end, but don’t ask me how,’ Van de Beek said. ‘It’s a very tough team to play against.’

Ajax won their first game of their Eredevisie campaign on Saturday with a 5-0 victory over Emmen, with Van de Beek scoring the opener.

They are next in action on Saturday away to VVV before travelling to APOEL for the away leg of their Champions League qualifier.