Real Madrid gave supporters a glimpse of the jubilant celebrations that took place in their NSC Olimpiyskiy Stadium dressing room on Saturday night after a 3-1 Champions League final victory over Liverpool that further cemented their undisputed status as the reigning kings of European club football.

And while there were inevitable tears in the Liverpool camp, Real’s players were understandably exultant as they celebrated a truly momentous achievement under the guidance of Zinedine Zidane. 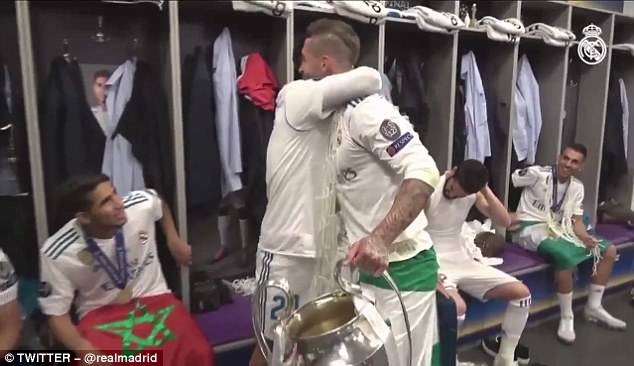 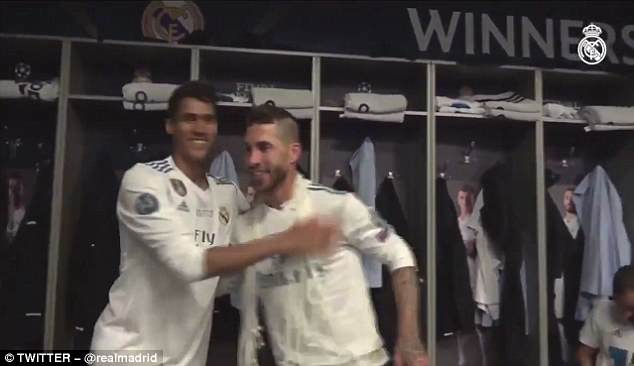 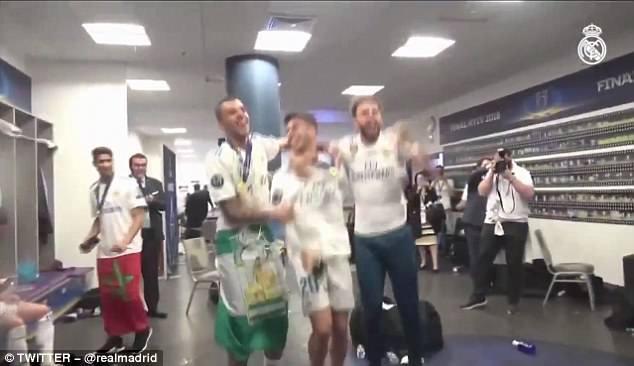 Captain Sergio Ramos led the post-match celebrations, clutching the coveted trophy in one hand while taking the time to embrace each of his teammates in turn.

As usual it was far from a quiet night for the Spain stalwart, whose tussle with Mohamed Salah in the 28th minute led Liverpool’s star man and top scorer to be substituted with a suspected dislocated shoulder.

His hefty challenge on Karius shortly before Karim Benzema’s opening goal has also been presented by some as a possible mitigating circumstance for the former’s inexplicable first mistake.

Ramos also proudly carried the trophy down the steps of the Real team plane after their arrival at Madrid-Barajas Airport on Sunday morning, with several staff keen to greet the returning heroes. 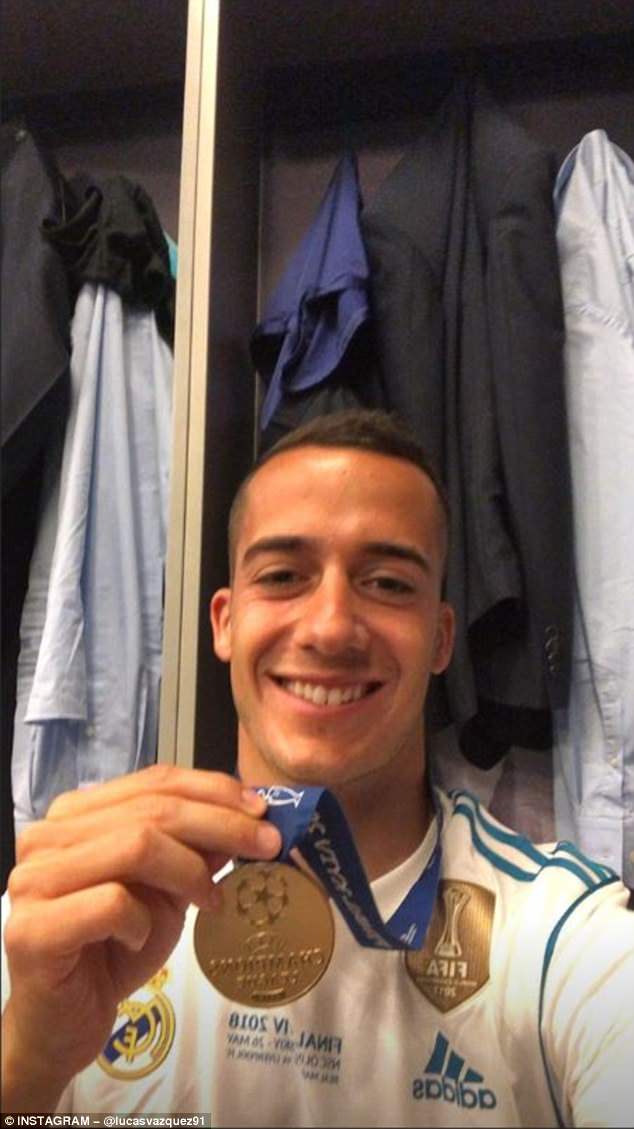 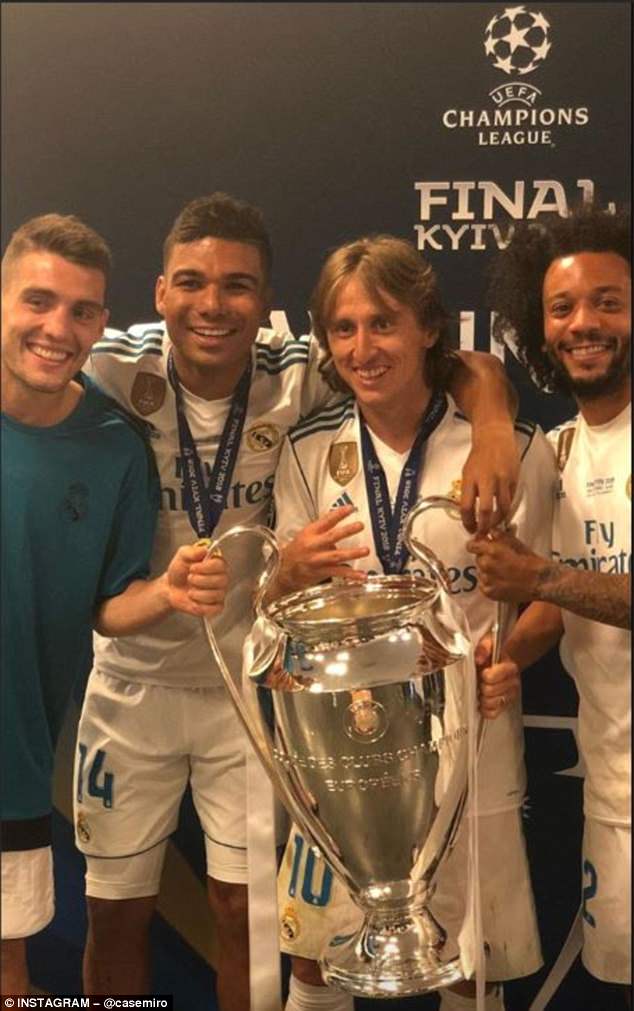 Brazilian Casemiro posed for a picture along with Mateo Kovacic, Luka Modric and Marcelo 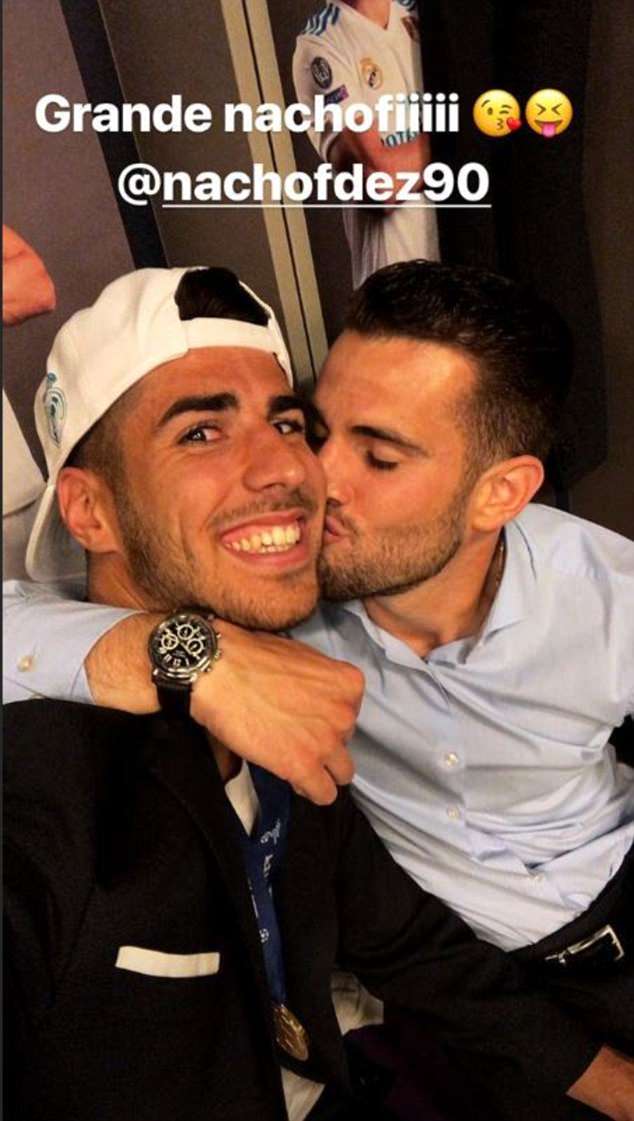 Marco Asensio and Nacho, who both came on as substitutes, shared a happy moment in Kiev

The likes of Isco and Lucas Vazquez paraded their winners medals on social media, while Casemiro joined Luka Modric, Marcelo and Mateo Kovacic in posing for a snap with the trophy. Substitutes Marco Asensio and Nacho also shared a happy moment.

After arriving back in Madrid, the Real squad are scheduled to depart the Santiago Bernabeu later on Sunday evening before presenting ‘La Decimotercera’ at the Almudena Cathedral.

They will then make their way to the Community of Madrid headquarters and City Hall before travelling to Plaza de Cibeles, the fountain that has been their main area of celebration over recent years. The parade will then head back to the Bernabeu.