Real Madrid have decided to come out and publicly hit back at reports that goalkeeper Thibaut Courtois had to be withdraw at half-time during the recent Champions League tie with Brugge due to anxiety.

The Belgian stopper did not emerge after the half-time interval on Tuesday night at the Bernabeu, with Madrid trailing 2-0 to their underdog opponents.

Reports quickly spread that illness had brought about a premature end to Courtois’s evening, with stomach problems initially cited.

Speculation mounted that the former Chelsea man had endured a panic attack, but now Madrid have officially come out to give legitimate reasoning and quash the claims. 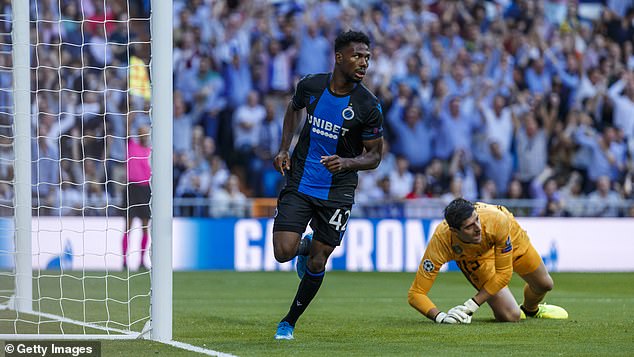 In a statement issued on Friday morning, the Spanish giants implied their first choice stopper had been suffering with diarrhoea and was simply unable to continue in the Champions League showdown.

Releasing a three-point statement, Madrid sought to offer immediate clarity on the situation.

‘In relation to certain information about our player Thibaut Courtois, Real Madrid wants to state the following: 1. That our player has never been diagnosed with an alleged anxiety picture and therefore, that information is absolutely false.

‘2. That Thibaut Courtois has been diagnosed and treated for acute gastroenteritis with dehydration and electrolyte imbalance, which made it impossible to end last Tuesday’s game against Bruges.

‘3. The player currently responds favorably to the treatment,’ the statement concluded. 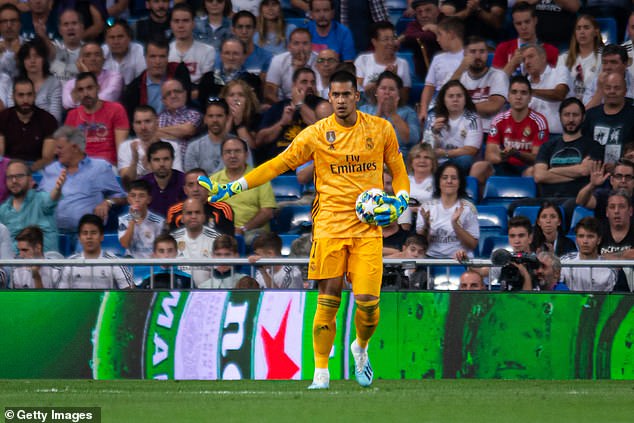 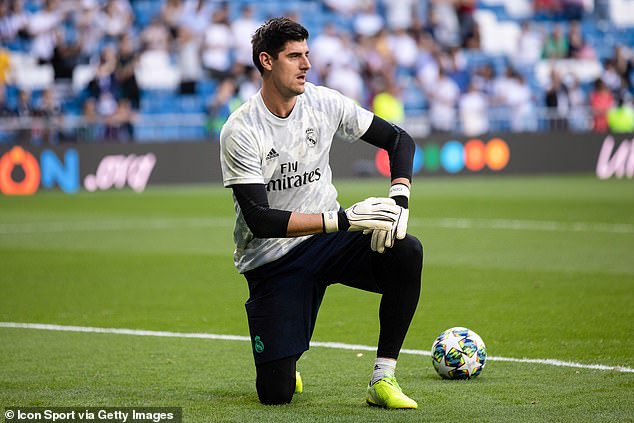 Madrid came back in the match and salvaged a 2-2 draw, with substitute ‘keeper Alphonse Areola keeping a clean sheet in the second half and Sergio Ramos and Casemiro finding the back of the opposition goal.

Courtois’ place as Madrid No 1 has come under increased scrutiny in recent weeks, after a series of controversial errors.

The 27-year-old came out recently and admitted the criticism aimed in his direction is all part and parcel of being a Madrid goalkeeper.

Speaking to Spanish publication Marca he said: ‘If you want to be a Real Madrid goalkeeper, you have to accept this pressure.’

Likewise, Belgium goalkeeping coach Erwin Lemmens has backed his mentee to rediscover his best form in the coming weeks once he is over the illness, but only if Madrid work better with the player. 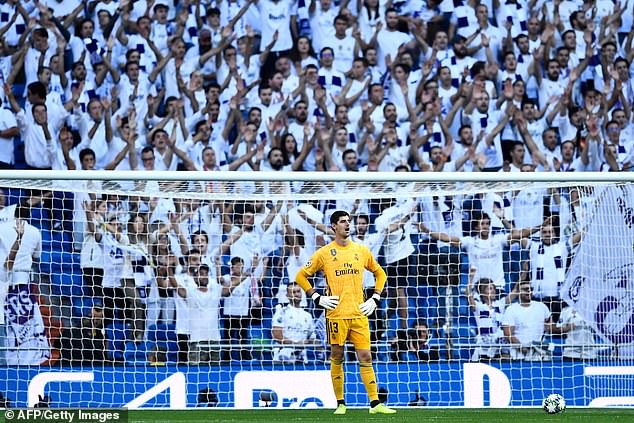 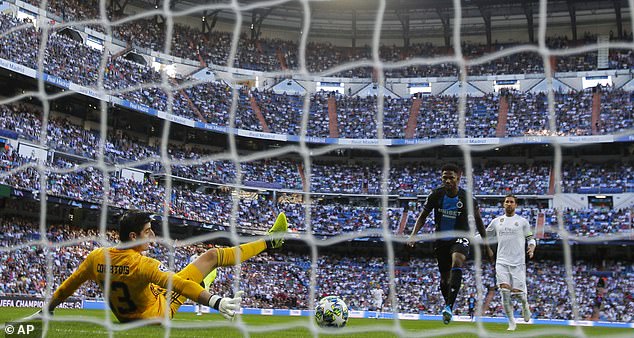 ‘They [Madrid] have to treat him differently,’ he said to Radio MARCA, before going on to compare he struggles with that of David De Gea at Manchester United.

‘He’s a special boy and it’s unusual that he’s always at the highest level with us, but there he suffers with [David] De Gea syndrome.’

‘If the Bernabeu whistles then you have to look at the team as a whole,’ Lemmens added.

‘Why shouldn’t he start on Saturday? He was sick yesterday and was changed for the second half. He’s a great goalkeeper and he’ll try to make Real Madrid happy again.’