Real Madrid have made Robert Lewandowski their No 1 transfer target after deciding against pursuing Tottenham forward Harry Kane.

The Spurs striker has been linked with a move to the Bernabeu after another fine season in which he has netted 35 goals in 39 appearances.

But according to AS, the La Liga outfit are turning their attention to Bayern Munich forward Robert Lewandowski after Zinedine Zidane gave the deal the green light. 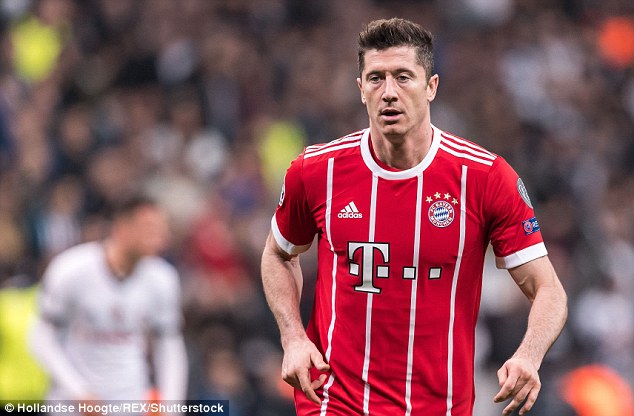 Though negotiations between the two clubs are reportedly still to begin, Madrid are believed to have already reached an agreement with Lewandowski’s agent Pini Zahavi ahead of a deal worth around €100 million (£87m).

The move for Lewandowski comes after Madrid called off their pursuit of Kane, over concerns about his £200million price tag and his perceived ‘introverted nature’.

The Spanish paper claim that the Spanish giants are put off by Spurs’ asking price and a belief that Kane’s character will not allow him to flourish at Madrid.

Poland international Lewandowski, meanwhiole, has been a target for Real president Florentino Perez since 2013. After the forward scored four for Borussia Dortmund during a Champions League clash with Real, Perez asked him: ‘Do you want to want to play for Madrid.’ 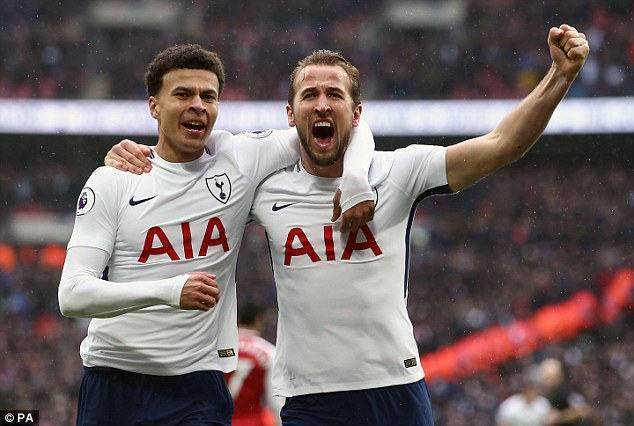 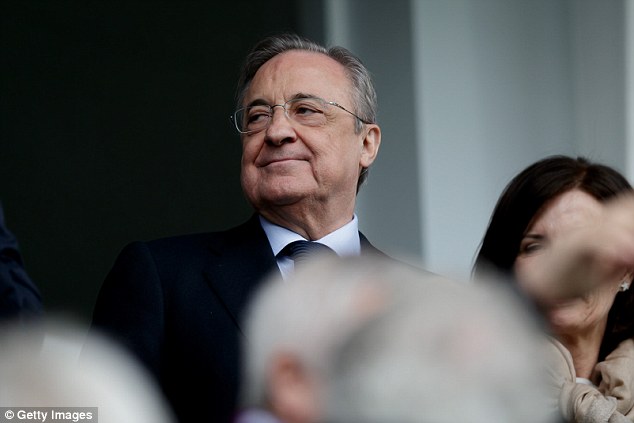 Lewandowski, meanwhile, is said to have been a target for Florentino Perez since 2013

‘Talk to my representatives,’ came the response from Lewandowski, who then moved to Bavaria the following summer.

The 29-year-old has netted 32 goals this season and Bayern are not thought to be keen to let their star striker leave.

But it is reported that the German giants would consider offers of around €100m (£87m), with Real considering forgoing the €42m (£36.6m) Bayern would have to pay to sign loanee James Rodriguez on a permanent deal.