Real Madrid’s form under Zinedine Zidane would have seen them miss out on European qualification entirely over the course of a year.

The staggering statistic was pressed home on the front of AS on Tuesday morning as they sought to point out just how tough a job the Frenchman has of turning the club’s fortunes around.

Leaving last summer after lifting the Champions League for the third season in a row, Zidane returned to the Bernabeu hotseat after both Julen Lopetegui and Santiago Solari struggled at the helm. 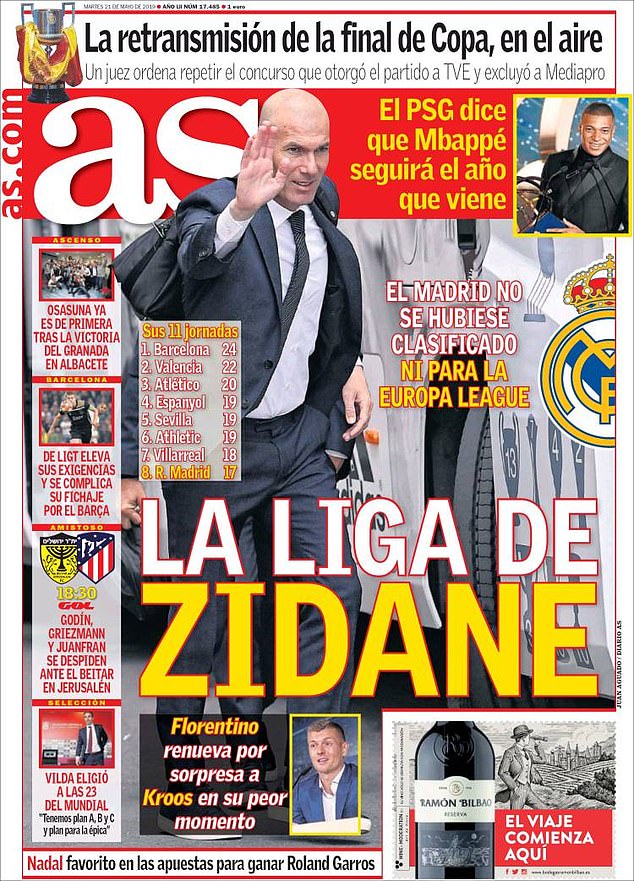 However, to compound a turbulent season, the former World Cup winner has faired no better than his two predecessors, and a table – carried on the front page of the sports publication – stressed just how dire the situation is.

Compared with the rest of La Liga, Real Madrid sit in eighth position in the form table since Zidane returned as head coach – outside even the Europa League places.

The likes of Villarreal – who spent the season battling relegation – and Athletic Bilbao have all claimed more than Real’s 17 points since the 46-year-old’s return.

Rivals Barcelona have collected seven more points than Real in those 11 games, too.

Zidane is intent on overhauling his squad this summer in a bid to get them challenging again next term, and he looks set to force a number of stars out, including Gareth Bale. 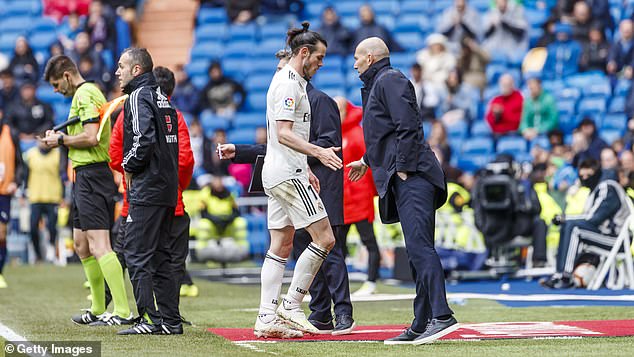 In a bid to change his team’s fortunes, Zidane will look to overhaul the squad this summer

The Welshman was left on the bench during Real’s final game of the season – a 2-0 defeat at home by Real Betis – and the former Tottenham star faces the possibility of being frozen out entirely should he fail to move on this summer.

Speaking after the loss to Betis, Zidane said: ‘I have to look at the day to day, and make decisions,’ Zidane said. ‘When there is something I do not like, or does not fit for me, I must do what I think best.

‘It might be difficult for the player – we cannot forget all he has done here – but I must live in the present, think of the future. We will see [if Bale stays]. I don’t know what will happen, truthfully.’