Real Madrid will look to book their spot in the Champions League final for the fourth time in five years when they face Bayern Munich on Tuesday evening.

Taking a 2-1 lead into the second-leg following their victory at the Allianz Arena last week, the confidence appeared to be coursing through Zinedine Zidane’s men in training on Monday.

Marco Asensio posted a picture on Instagram showing a number of the players striking a confident pose at the Valdebebas training ground. 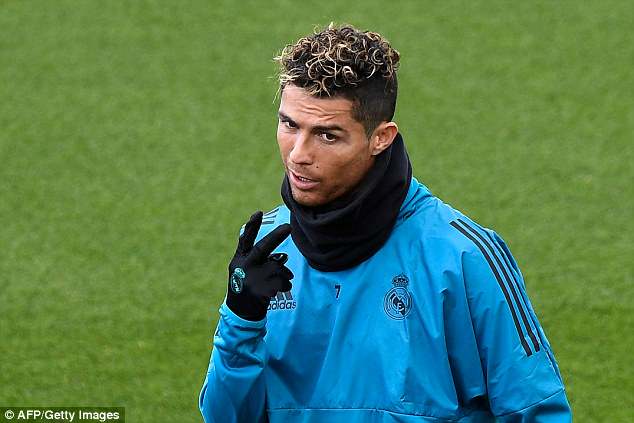 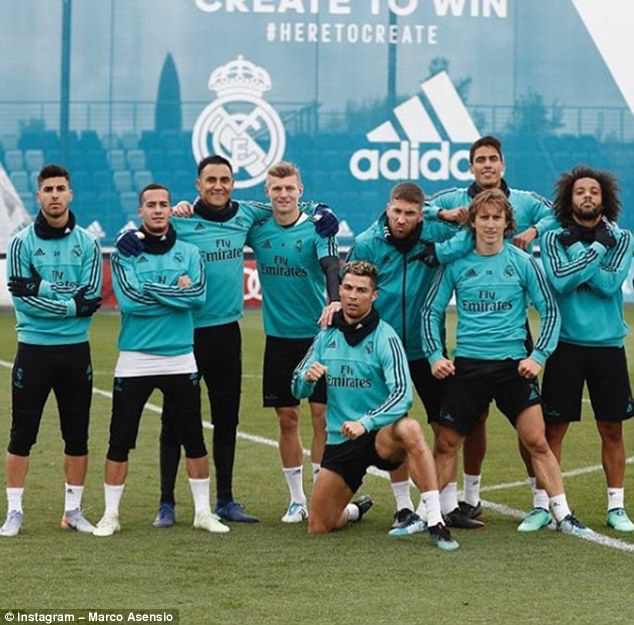 A few of the players looked refreshed, with many of them, including Cristiano Ronaldo and Luka Modric, sitting out the league victor over Leganes on Saturday.

The stars were pictured taking part in a series of ‘rondos’ with Ronaldo finding himself in the unfamiliar territory of the middle.

He’ll be concentrating on getting back on the scoresheet when the Bundesliga champions visit the Bernabeu, having failed to find the net in the first leg.

Marcelo and Asensio grabbed the decisive strikes in the first leg in the 2-1 win, the first Champions League match this season that the Portuguese has failed to score in.

Should they prevail, Real will face either Liverpool or Roma, who meet at the Stadio Olimpico in the second-leg of their own last four clash on Wednesday.

The final will take place in Kiev on Saturday May 27.