Real Madrid will need a bigger trophy cabinet after there was no space to show off their 13th European title.

Gareth Bale’s brace against Liverpool helped Zinedine Zidane’s side secure their third consecutive Champions League title on Saturday but the club’s museum is now struggling to put their latest bit of silverware on display.

Following Real’s historic ‘decima’ victory in Lisbon four years ago which took them to 10 European trophies, Florentino Perez extended the cabinet’s space by two more slots to accommodate for more trophies but Real filled them in quick succession. 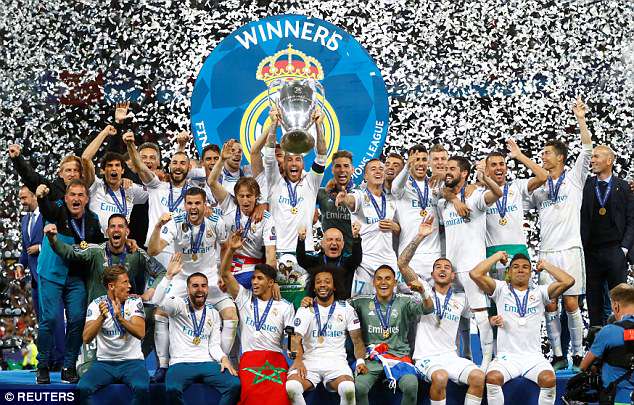 According to Spanish news outlet Marca, the club will not be able to show off the new Champions League trophy for another week while president Florentino Perez makes more space for their latest title.

The club may extend the cabinet even further as they look to secure their fifth Champions League title in six years.

Following Saturday’s celebrations, two of Real main stars in Cristiano Ronaldo and Gareth Bale both cast doubt over their futures at the club. 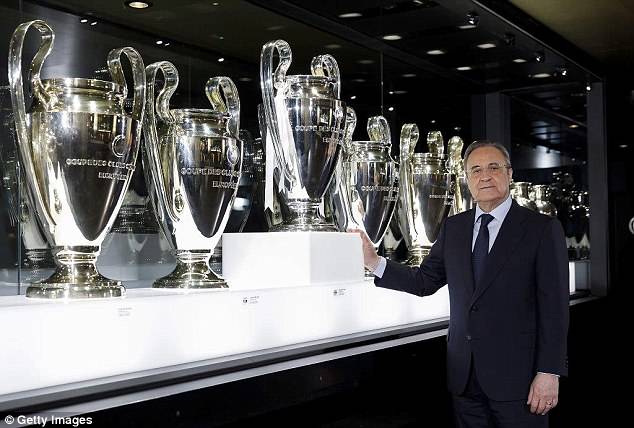 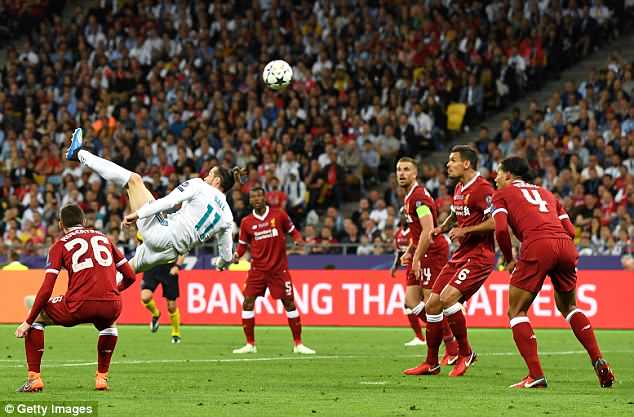 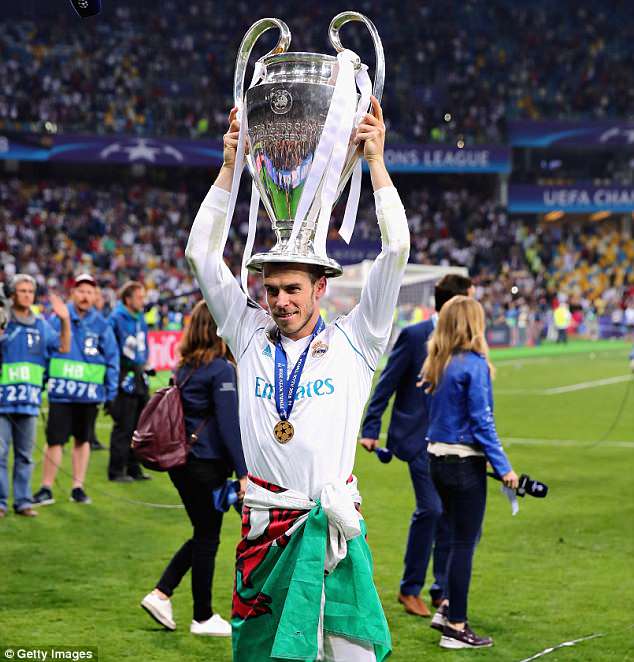 Bale’s stunning overhead kick saw Real take the lead in a stunning final in Ukraine but it appears that the Welshman could be heading back to the Premier League as he looks for more playing time.

Manchester United have been heavily linked with the winger while Ronaldo has revealed that he is in talks with the club about where he will end up next season.

The Portuguese forward said after the match: ‘In the coming days there will be answers about my future. It has been very nice playing for Real Madrid.’