Paul Scholes has labelled Gareth Bale as the type of ‘special player’ Manchester United need to follow in Liverpool’s footsteps and reach the Champions League final.

Bale came off the bench to score two goals, including an incredible bicycle kick, to help Real Madrid beat Liverpool 3-1 to lift their 13th European Cup on Saturday night.

The Welshman cast doubt over his own future at Madrid following the club’s third successive Champions League triumph, admitting he needs to be ‘playing week in, week out’. 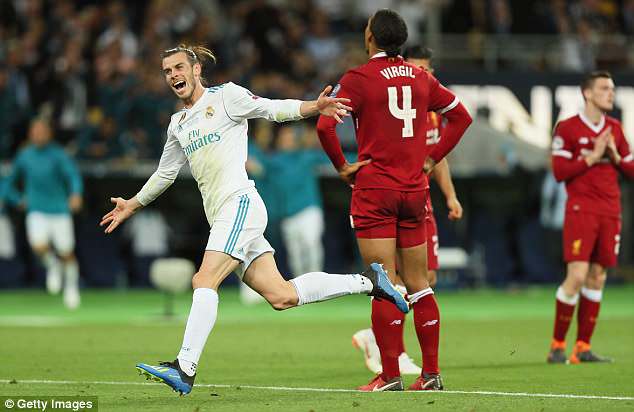 Before Bale broke Liverpool’s hearts Scholes, who won the Champions League twice in 1999 and 2008, conceded United ‘will have to improve a lot to get to anywhere near a Champions League final’.

‘If he [Jose Mourinho] can change something through the summer, buy new players and he can find a way of playing that maybe is a little bit more entertaining then who knows, you don’t know,’ Scholes said, speaking at an official UEFA Champions League final viewing party at London’s Sky Garden.

‘A lot can happen over the summer. Let’s hope we can get close again. 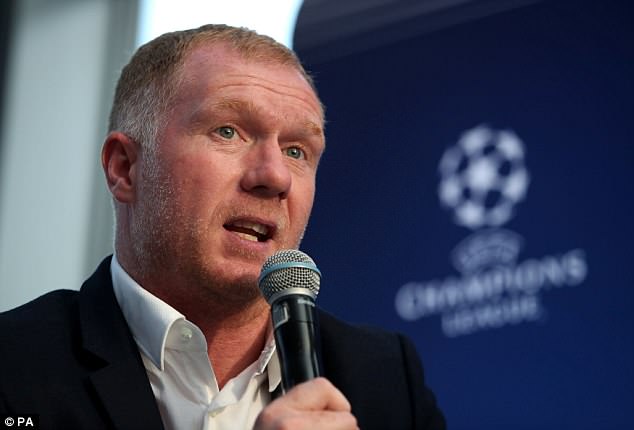 ‘I think he possibly needs a bit of help with [Romelu] Lukaku. He seems like the only out-and-out centre-forward he’s got.

‘It’s hard to know what’s available, would Gareth Bale be available? People like Neymar will they be available? I don’t know. These are the type of special players that I think United need.’

Scholes admitted that losing to Sevilla in the round of 16 of the competition ‘the way they did’ this season was a ‘big disappointment’.

He added: ‘They’ll have to improve massively to get anywhere near a final I think with the amount of top teams that are in the competition now, they don’t look anywhere close to that at the minute.’