Real Madrid’s stars were in the mood to joke around as they coasted through training on Tuesday ahead of their dead rubber tie against CSKA Moscow.

The La Liga giants are already assured of progression to the last-16 while their Russian visitors attempt to better the result of Group G rivals Viktoria Plzen in a bid to secure a spot in the Europa League.

But with nothing riding on the game for Madrid, Gareth Bale and Co were more than happy to joke around in the session with boss Santiago Solari likely to take the opportunity to make several changes to his side. 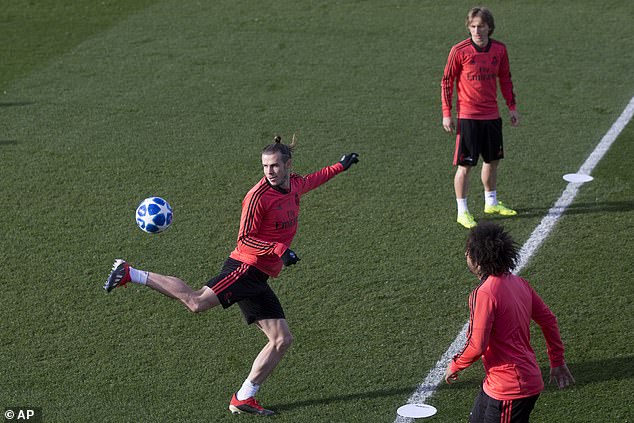 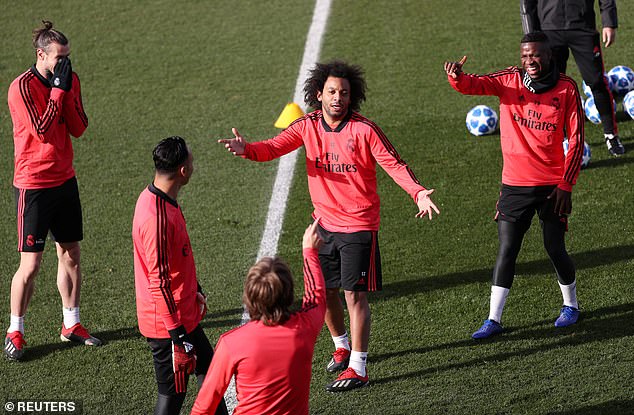 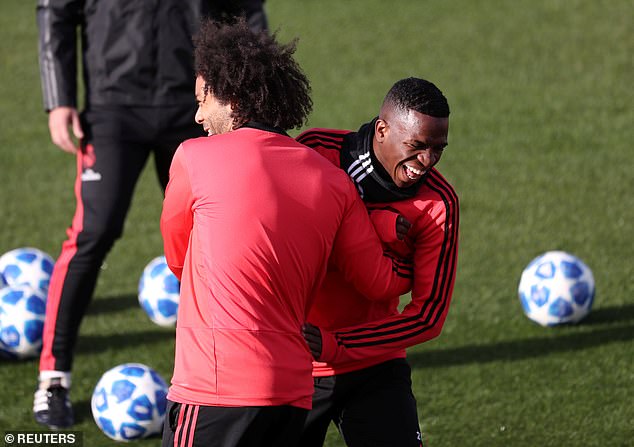 Among the changes for the hosts looks set to be Casemiro, Toni Kroos and Nacho Fernandez dropping out.

Young prospect Fede Valverde could be handed a chance in midfield alongside Marcos Llorente in Kroos’ absence.

Madrid have endured a tough start to the campaign which has already seen the successor to Zinedine Zidane – Julen Lopetegui – sacked. 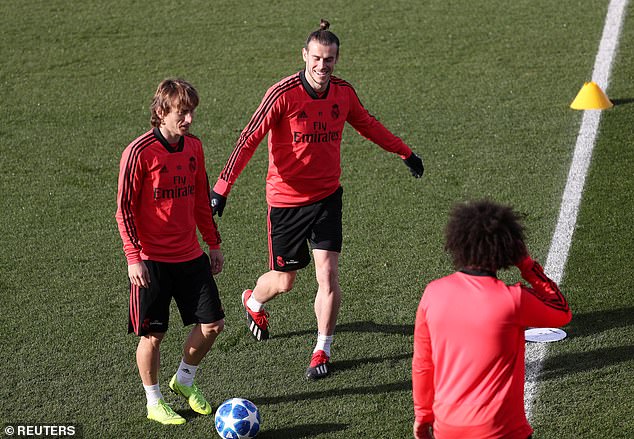 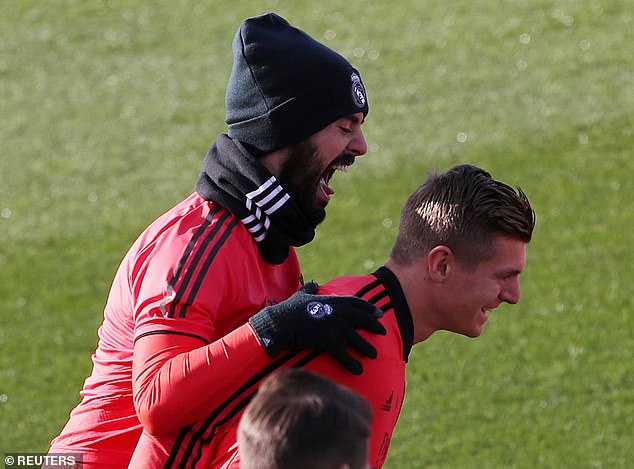 But while troubles appear to be mounting domestically, current boss Solari has tasked his players with competing for all the available honours in Spain and in Europe this season.

When asked about whether La Liga or the Champions League is the priority, the 42-year-old told reporters: ‘Those two and also the Copa del Rey and the Club World Cup.

‘We have to be alive in all of the competitions. I like them all and that’s what we should aspire to.’ 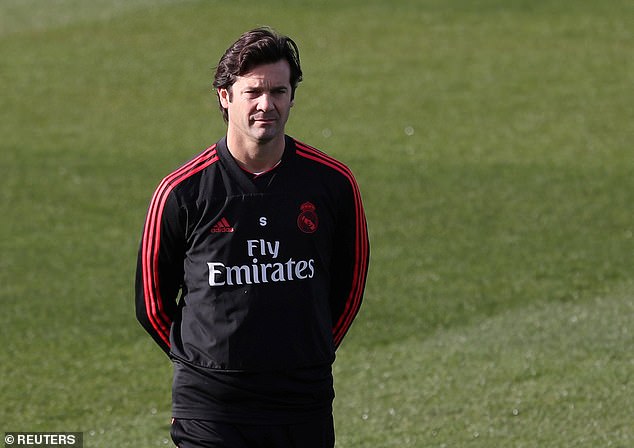 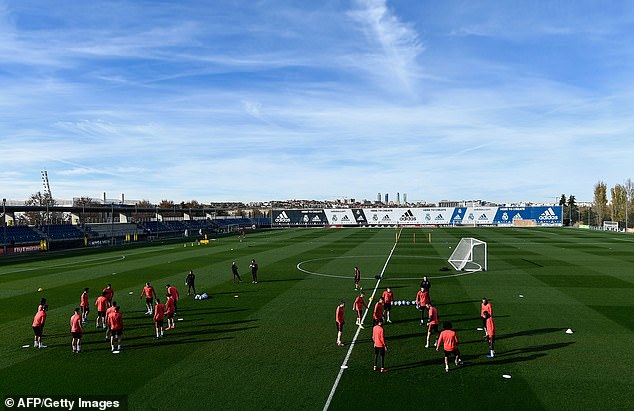