It was with a prodigious swish of his right foot on 38 minutes that the 36 year-old gave Carlo Ancelotti’s team the lead.

He had helped create the goal too playing his part in a passing move that started at the feet of Thibaut Courtois and passed through Casemiro, Toni Kroos and Modric before it went out to Rodrygo. 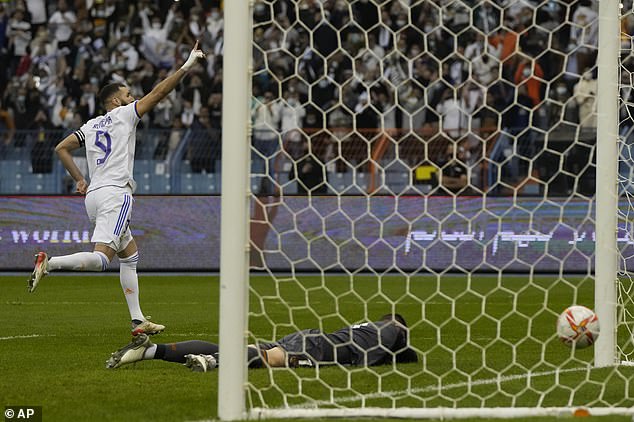 Karim Benzema scored the second, evading Unai Simon from the spot despite him 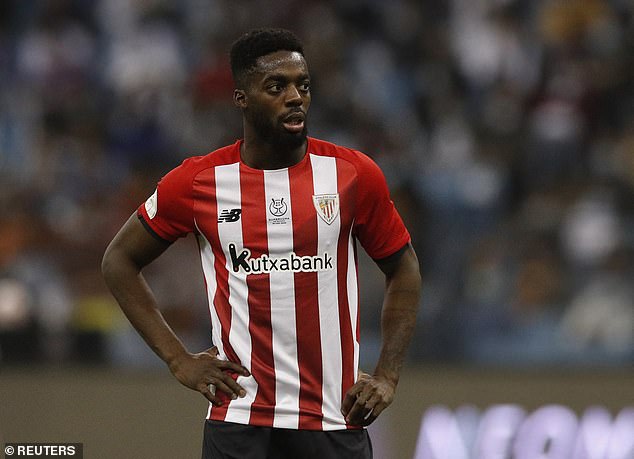 The Brazilian winger drew three Athletic defenders to him and when he played the ball to the freer Modric, the star of so many Madrid final victories, put them ahead in the first contest for a trophy this season.

The indestructible midfielder who shows no signs of slowing down floated through the rest of the game, pinging passes, cutting off rival attacks and even managed to nutmeg Athletic substitute Mikel Vesga.

His opening goal was no more than Real Madrid deserved. They had threatened with Eder Militao sending one chance over from a Kroos cross. And Casemiro then forced two saves from Unai Simon.

First he tried to sneak a shot from distance inside the Athletic keeper’s near post. And then from the corner the midfielder rose highest and forced Simon, this time, to tip over.

Athletic were finding it more difficult to create chances and were closest to troubling the scorers when Inaki Williams raced clear on to a pass from Oihan Sancet and David Alaba blocked his shot with his hand.

The Austrian defender got away with it because the hand went to ground to support his fall as it made contact with the ball.

Sancet also cut in between Lucas Vazquez and Militao but fired just over. Nico Williams came on for Alex Berenguer at the break as Marcelino tried to change the game but it was Real Madrid that scored next.

Karim Benzema’s shot was blocked with a raised arm by Yeray and when he checked the incident pitchside Cesar Soto Grado pointed to the spot.

Marcelino was booked for dissent. He had harangued the referee walking off the pitch at half time for not pointing to the spot after Alaba handled and this time his complaining brought a caution.

Benzema scored despite Simon going right way. He got close but not close enough and he took his frustration out on the frame of the goal kicking the post.

Athletic were not finished and with Raul Garcia on from the bench they pushed forward. He headed just wide and drew a fine block from Militao in another attack.

He also forced a late chance to creep back into the game for Athletic. Militao blocked Garcia’s goal-bound header and was sent off conceding a penalty. Garcia was less effective from the spot however. Courtois kept his kick out with his foot and Athletic’s last chance was gone to repeat last year’s Super Cup win.

Ancelotti celebrated on the final whistle. This is his first trophy in his second era as Real Madrid coach and it’s Modric and Benzema, just as it was in his first term, who are doing the business on the pitch for him.