Real Madrid news: Eden Hazard confident he can discover his best form as he is ‘now 100%’ fit

‘Now I feel 100 per cent, I am no longer injured’: Eden Hazard confident he can discover best form after a disappointing start at Real Madrid… starting against Brugge in the Champions League

Eden Hazard shrugged off questions over his weight and fitness as he confirmed he is ‘100 per cent fit’ and ready to show his best form for Real Madrid.

The Belgian has struggled badly since making his £130million switch from Chelsea to Madrid in the summer but cited an injury in holding him back.

After coming in for criticism in the Madrid derby at the weekend, where he struggled to have any influence in the front three, Hazard is looking forward and wants to ignite his career on Tuesday in the Champions League against Club Brugge. 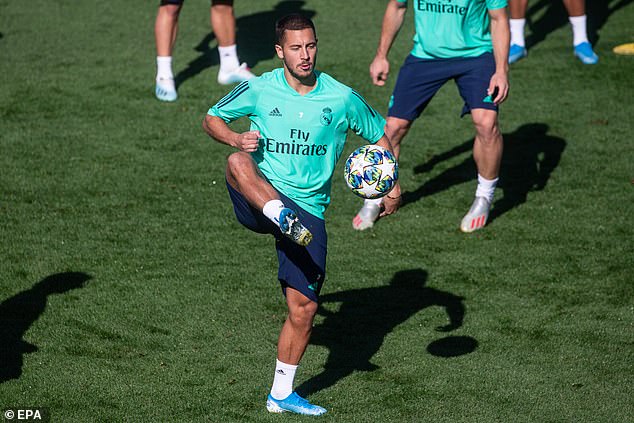 Real Madrid were humbled by Paris Saint-Germain in the opening group game and can ill-afford further slip-ups if they are to reach the knockout stages.

For Hazard, joining Zinedine Zidane for the pre-match press conference, insists that criticism of his early career in Spain has not affected him.

‘I feel good, it is true that people expect a lot from me and me too and personally I can do better,’ he said. 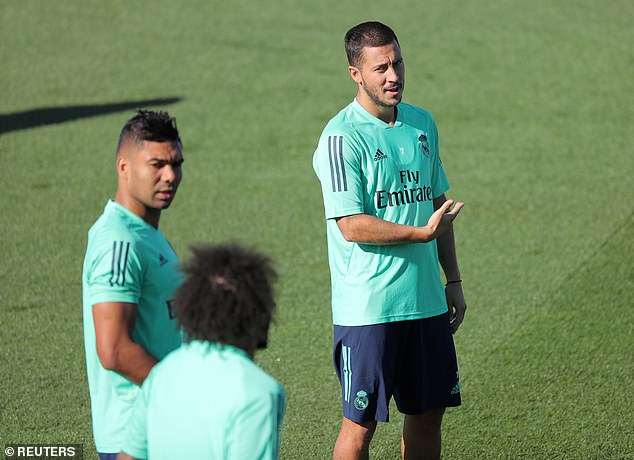 ‘There will be criticism and I am critical of myself, not everything is perfect right now but now I am one hundred percent and I hope to do my best in the next matches.

‘People expect a lot from me and I am the one who has to prove my level, people have seen what I did in France, Belgium, Chelsea, and now I have to improve so fans are proud of me.’

Hazard has arrived with big expectations following another sublime season for Chelsea in 2018-19 but La Liga has proven a difficult environment to adapt to so far.

But the early weeks have helped and Hazard is now confident he can show the best version of himself.

‘Now I feel one hundred per cent, I am no longer injured,’ he added.

‘I need to score goals and when I start to score and make good games it will be much simpler. I think I am missing a goal or assist to start come back. ‘ 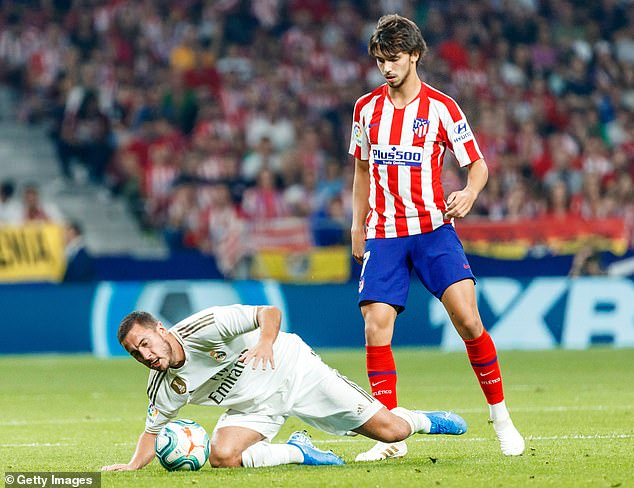