‘Success made us lose our intensity’: Real Madrid president Florentino Perez claims their own triumphs is the reason behind the current downfall

Real Madrid president Florentino Perez claims Real Madrid’s special success in recent times is the reason behind their downfall over the last year.

After going on to win three consecutive Champions League titles in 2016, 2017 and 2018, the Spanish giants suffered a nightmare 2018-19 season, finishing 19 points behind champions Barcelona in La Liga.

They were also knocked out of last season’s Champions League at the last-16 stage, falling to a heavy defeat by surprise package Ajax.

And Perez, claims Madrid need to rediscover their intensity to fight for the top honours again.

‘Our success made us lose our intensity,’ Perez told Spanish publication Marca.

‘We have to recover it. These players and this coach made us champions, so they’ll do it again.

‘Last season wasn’t good and we have to reflect on the criticism.’ 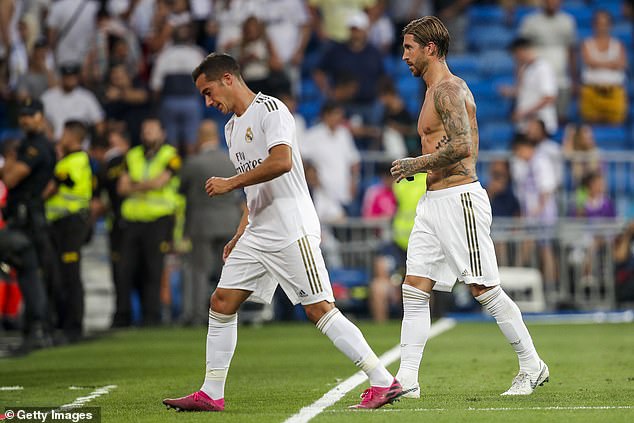