‘I don’t know whose interests it is in… we plainly refuse’: Real Madrid president Florentino Perez insists club won’t play in the US… as Barcelona push to build their brand Stateside

Real Madrid president Florentino Perez has ruled out the possibility of his team playing a La Liga match in the United States in the future.

As part of a 15-year deal signed with entertainment and sports group Relevent in August, the Spanish top flight wants to play at least one regular-season game a year in North America.

La Liga and Relevent hoped that the first of those would be Girona’s ‘home’ game against Barcelona in Miami on January 26, but the plan has provoked controversy ever since it first emerged.

La Liga had not received the necessary approvals from the Spanish and US football federations, and the refusal of the national organisation to allow it could end the league’s hopes of playing games in America.

It now seems the plans have been dealt another major blow with Perez, chief of one of league’s major superpowers, refusing to even consider the prospect of taking Los Blancos overseas.

Speaking at the club’s general assembly on Sunday, Perez said: ‘I don’t know whose interests it is in, but it isn’t for the clubs nor the fans. We will plainly refuse.’ 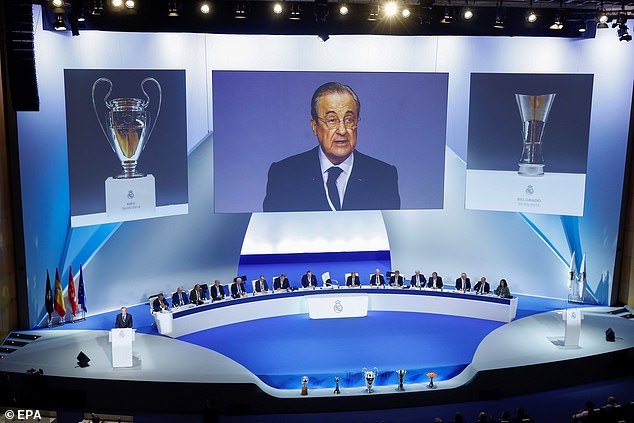 Speaking at the Real general assembly on Sunday, Perez said the game is in nobody’s interests 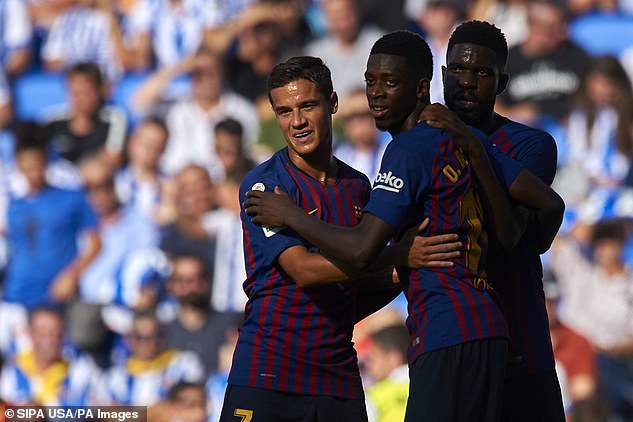 The Spanish football federation reportedly rejected La Liga’s request for Barcelona’s game against Girona to be played in Miami earlier this week.

‘A letter was sent to La Liga this morning in which it denies the game request because it does not comply with the international rules’, a source from the federation told Reuters.

According to FIFA’s statutes, any domestic competition played outside the league’s usual home must be approved by the home federation, UEFA, the federation where the game is taking place and the regional confederation – in this case the United States Soccer Federation and CONCACAF.