The Real Madrid squad and President Florentino Perez travelled to Italy on Monday morning ahead of their mouth-watering quarter-final clash against Juventus in the Champions League.

Madrid take on the Turin side in the first leg in what is a repeat of the 2017 Champions League final on Tuesday night.

A host of Madrid players, who all wore matching navy Hugo Boss suits, posted pictures on Instagram of them departing Spain. 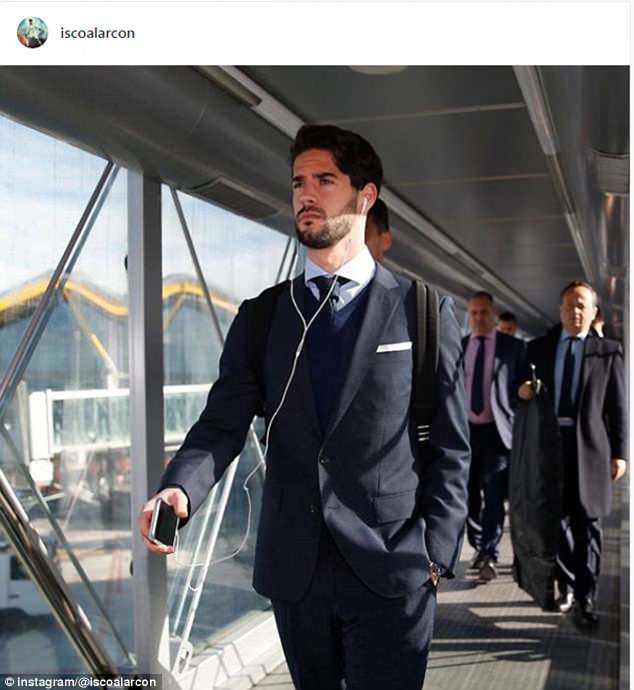 Isco, who scored a hat-trick for Spain last Tuesday, looked laid back with his headphones in 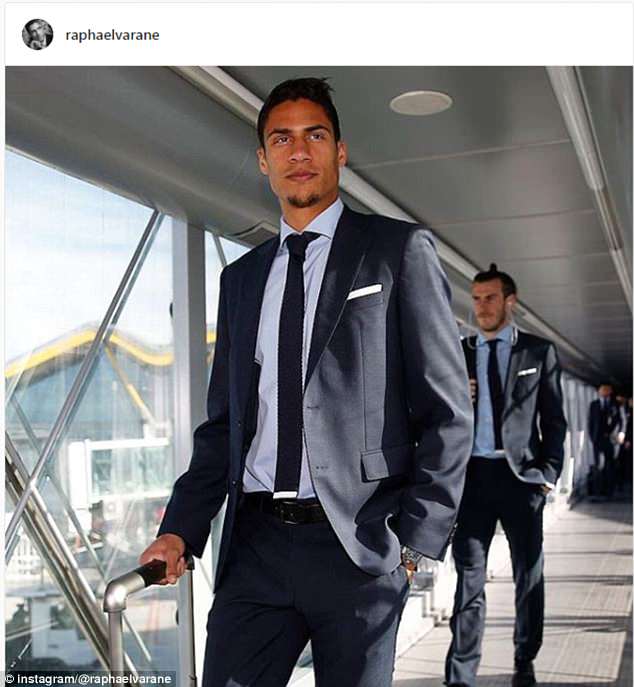 Sergio Ramos looked relaxed with his headphones in as he made his way to the plane and alongside him was Perez.

Isco, who scored a hat-trick against Argentina in Spain’s 6-1 victory last Tuesday, looked laid back also with his headphones in.

Defender Raphael Varane posted a photo on the social media platform heading for the plane and behind him was Gareth Bale. 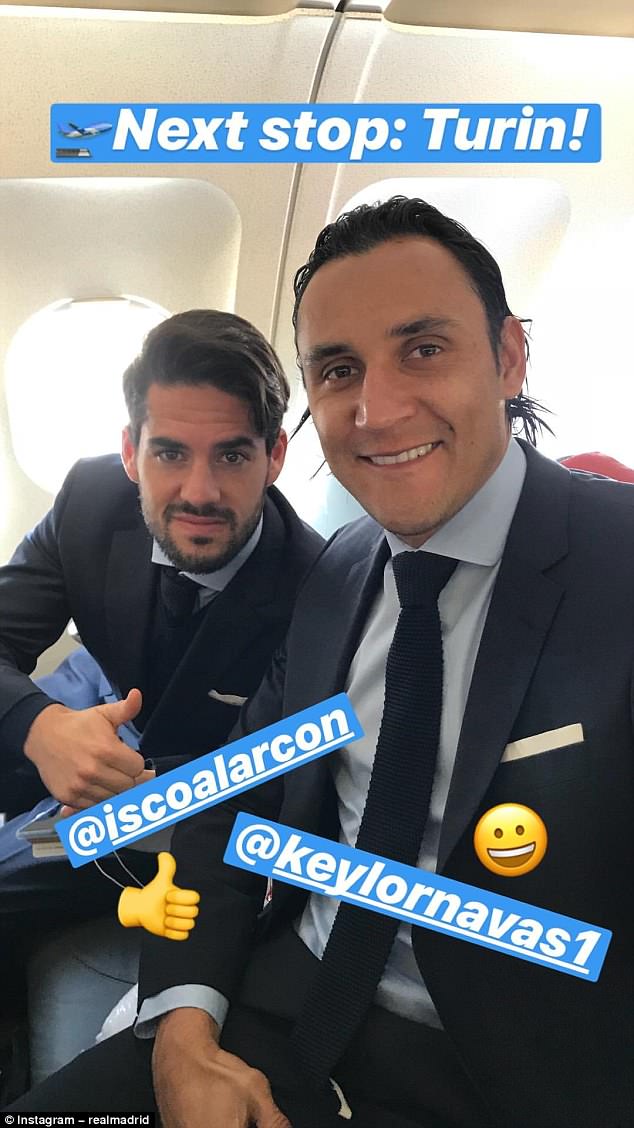 The club’s official Twitter account also posted a picture of Varane and Karim Benzema on the plane with the caption: ‘We’re on our way to Turin!’

It is a big nine days coming up for Zinedine Zidane’s side as after Tuesday’s match, Madrid return to league action with a derby against Atletico Madrid on Sunday, before the return leg at the Santiago Bernabeu on April 11.

But Madrid come into the Champions League tie in fine form after winning all of their games in March and Madrid also came out on top in the final last year against the Serie A side 4-1.

Madrid had announced their 24-man squad for the last-eight match earlier in the day. 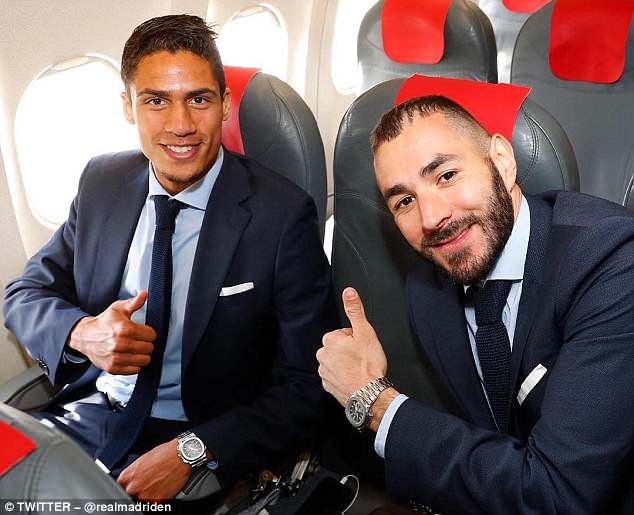