Gareth Bale has borne the brunt of criticism for Real Madrid’s recent decline but the Welsh forward hopes Tuesday’s 2-0 win at Roma to seal top spot in their Champions League group can act as the catalyst to turn their faltering campaign around.

The 29-year-old has failed to score in his last nine league appearances and came in for scathing criticism following Saturday’s stunning 3-0 loss at Eibar, the three-time defending European champions’ fifth league defeat of the season.

He gave the ball away 20 times against the Basque side and registered just one shot on goal, with an online survey by Spanish newspaper Marca revealing Real fans did not want him to start in the Italian capital. 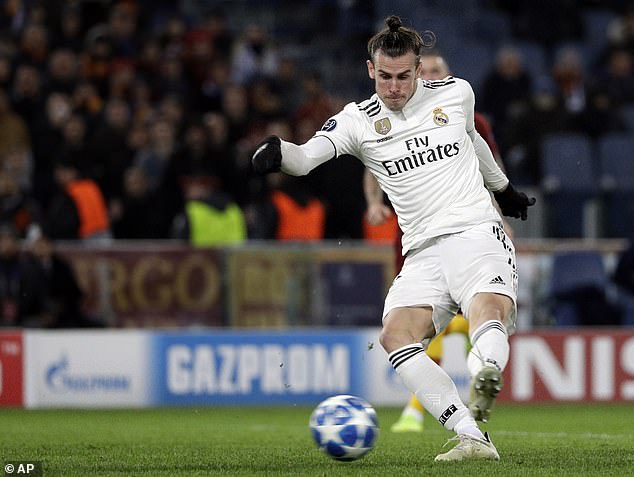 Rather like his team, though, he rose to the occasion in the Champions League and after a mixed first-half display, Bale broke the deadlock with his third goal in four European outings, later helping set up Lucas Vazquez to seal victory.

‘The manager told us at half-time we needed to keep playing the way we know and in the second half, we played very well, played the ball like we normally do. We got some confidence back and need to build on that now,’ Bale told reporters.

‘We know obviously the start of the season was not exactly as we would like. We need to keep working hard together as a team to get the performances and get the results… and get back up the table in the league.’ 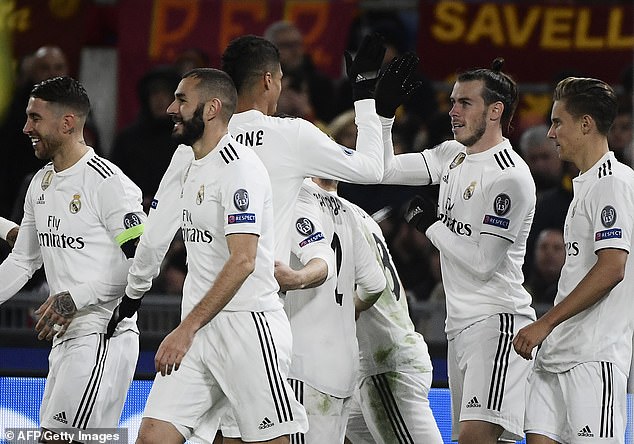 Bale has largely failed to fill the huge void left by Cristiano Ronaldo as Real have toiled domestically, sitting sixth in the La Liga and registering their worst goal difference after 13 league games in 18 years, scoring 20 and conceding 19.

He admitted to feeling disappointed with how the season has gone since the Portuguese talisman left to join Juventus.

‘It has been a bit of a turbulent start to the season but we have to keep fighting every game no matter what position we are in. That is football, it can be frustrating sometimes when things are not quite coming off,’ he added.

‘But I know from experience you just have to keep working hard, together as a team, and we did that today.’